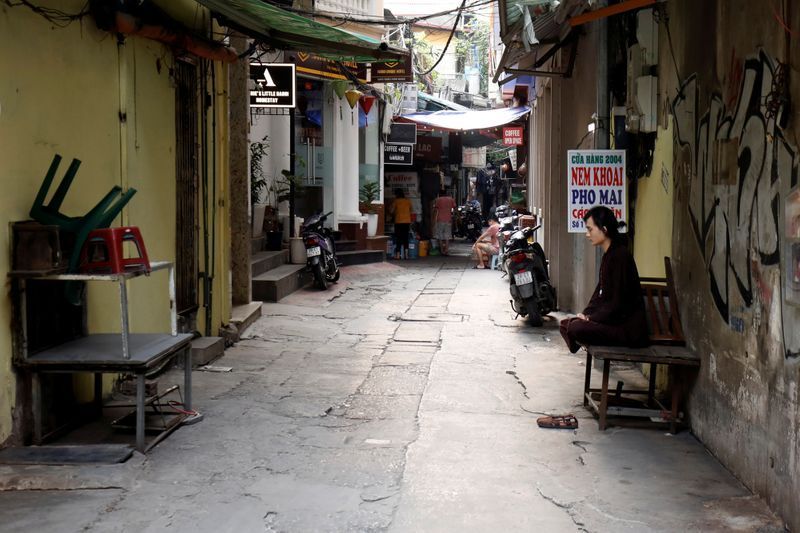 By James Pearson and Phuong Nguyen

HANOI (Reuters) – Vietnam, which has reported under 300 cases of coronavirus and no deaths since the first infections were detected in January, said on Wednesday it would start lifting tough movement restrictions as most of Southeast Asia remained in lockdown.

No provinces in Vietnam were now seen as “highly prone” to the pandemic, Prime Minister Nguyen Xuan Phuc said in a statement, although some non-essential businesses will remain closed.

Vietnam has won plaudits for appearing to contain the virus despite being less wealthy than other places seen as relatively successful such as South Korea and Taiwan. It has reported no new infections for nearly a week.

It has used a combination of the mass quarantine of tens of thousands, contact-tracing and testing to successfully contain relatively small clusters of COVID-19 outbreaks.

Hanoi may have also gleaned crucial early information from China.

On Wednesday, U.S. cybersecurity firm FireEye said Vietnamese state-backed hackers had attempted to break into organisations at the centre of Beijing’s efforts to contain the outbreak, days before the first international COVID-19 cases were reported.

It also took other early measures. One day after the first two cases were detected in Vietnam, Hanoi suspended flights to China’s Wuhan, where the outbreak started.

Days later, Vietnam closed its porous 1,400-km (870-mile) border with China to all but essential trade and travel and, by March, made the wearing of masks in public places mandatory nationwide.

Vietnam, which in 2003 became the first country outside China to be infected by the SARS epidemic, also has by far the largest ratio of testing to confirmed COVID-19 cases in the world.

According to data published by Vietnam’s health ministry on Wednesday, Vietnam has carried out 180,067 tests and detected just 268 cases, 83% of whom it says have recovered. There have been no reported deaths.

The figures are equivalent to nearly 672 tests for every one detected case, according to the Our World in Data website. The next highest, Taiwan, has conducted 132.1 tests for every case, the data showed.

Communist-ruled and traditionally secretive Vietnam has made much of its data public.

Movement restrictions remain across most of Southeast Asia, where the virus has killed more than 1,200 people and infected more than 33,000.

Singapore, which initially managed to contain the outbreak but has been hit by a swell in cases in migrant worker dormitories, has extended a partial lockdown by four weeks until June 1.

In Thailand, where a state of emergency is due to expire at the end of April, the health ministry has proposed that lockdown measures be lifted in provinces where no coronavirus cases have been reported for two weeks.

Malaysia has not yet decided whether to extend or lift social distancing measures, but a senior minister said on Wednesday that the government would explore the idea of allowing people who had left urban areas to return.

In Indonesia, which with 653 deaths has reported the highest number in the region, the capital Jakarta said it would extend social distancing measures to May 22.

Not all of Vietnam will have social distancing measures lifted, state media said. A town of 7,600 people in the northern mountainous province of Ha Giang was locked down near the border with China after one case was detected there this month.

Two rural villages with a combined population of 12,000 people on the outskirts of the capital, Hanoi, will remain on lockdown, state media said.

India’s Covid tally stands at 91,77,840. (File) New Delhi: There are two ways to fudge the actual number of Covid…