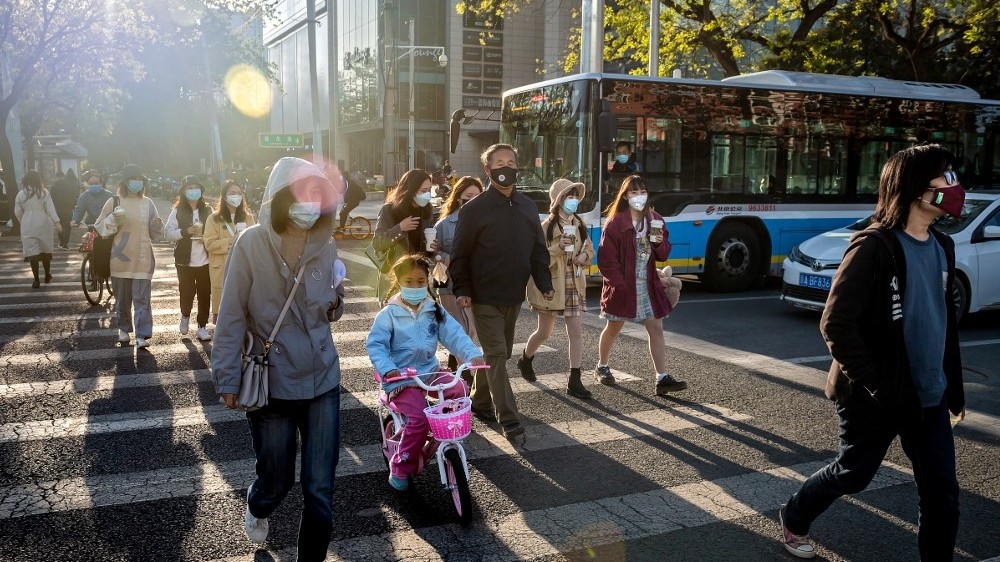 The head of the US agency in charge of developing a vaccine against the coronavirus says he was removed from his job for opposing the chloroquine treatment promoted by US President Donald Trump.


The head of the World Health Organization (WHO) says there are “worrying upward trends” in early epidemics in parts of Africa and central and South America, warning that the “virus will be with us for a long time”.


More than 2.5 million people around the world have been diagnosed with the coronavirus. At least 178,000 have died with the United States accounting for about a quarter of all deaths, according to data compiled by Johns Hopkins University.


The United Nations is warning global hunger could double as a result of the coronavirus pandemic, putting 265 million people at risk.

Japan’s NHK broadcaster is reporting that 14 more cases of coronavirus infections have been confirmed on an Italian cruise ship docked for repairs at Japan’s Nagasaki prefecture.

The figure brings the total number of cases on the Costa Atlantica to at least 48.

The Italian cruise ship is carrying 623 crew members and no passengers, officials say.

South Korea says its economy shrank 1.4 percent during the first three months of the year, the worst contraction since late-2008.

It is a reflection of the massive shock the coronavirus unleashed on domestic demand and trade. The Bank of Korea says domestic consumption decreased 6.4 percent from the previous quarter as people, while staying at home to avoid virus transmissions, spent less on restaurants, leisure activities, clothing and cars.

Amid worldwide lockdowns, exports shrank 2 percent despite a seasonal rebound in shipments of semiconductors, one of the country’s major export items.

Health authorities are reporting 10 new coronavirus cases in mainland China, down from 30 a day earlier as the number of so-called imported cases involving travellers from overseas declined.

The National Health Commission says six of the new COVID-19 cases confirmed on Wednesday are imported, down from 23 a day earlier. The number of new asymptomatic patients, who are infected but do not show symptoms, also declined to 27 from 42 a day earlier.

The total number of confirmed coronavirus cases for mainland China now stands at 82,798. No new COVID-19 deaths were reported, leaving the toll unchanged at 4,632.

Trump is playing down the possibility that the coronavirus could be worse this winter in the northern hemisphere despite medical experts’ warnings that COVID-19 could combine with the flu to make a more complicated return to the US.

“It’s not going to be what we’ve gone through, in any way, shape or form,” Trump says.

“If it comes back, though, it won’t be coming back in the form that it was. It will be coming back in smaller doses that we can contain,” he continues. “You could have some embers of corona … (but) we will not go through what we went through for the last two months.”

“The people of Georgia … have been strong, resolute, but at the same time he must do what he thinks is right,” Trump says of Kemp, a Republican. “I want him to do what he thinks is right. But I disagree with him on what he’s doing. … But I think (opening) spas and beauty salons and tattoo parlours and barbershops in phase one … it’s just too soon.”

A spokeswoman for Kemp did not immediately respond to a request for comment.

In addition to pushback from Trump, Kemp’s plan to begin cracking open the Georgia economy faces two key hurdles – the state is struggling to increase testing for new coronavirus infections and boost tracking of those in contact with infected people.

Dr Rick Bright, the head of the US agency in charge of developing a vaccine against coronavirus, says he was removed from his job for opposing the chloroquine treatment promoted by Trump.

The director of the Biomedical Advanced Research and Development Authority (BARDA) was moved to a lesser position in the National Institutes of Health on Tuesday.

“I believe this transfer was in response to my insistence that the government invest the billions of dollars allocated by Congress to address the COVID-19 pandemic into safe and scientifically vetted solutions, and not in drugs, vaccines and other technologies that lack scientific merit,” he says in a statement.

The move is a direct response to his resistance to “misguided directives” to support the use of malaria treatments chloroquine and hydroxychloroquine for coronavirus, he adds.

Bright says he will be asking the inspector general of the Department of Health and Human Services to investigate the Trump administration’s politicisation of BARDA and its pressuring scientists to favour companies with political connections.

The full statement from Dr. Rick Bright, who says he was ousted for resisting hydroxychloroquine, is worth a read. Via @axios pic.twitter.com/IrCbdzHioE

Canada’s Ontario and Quebec provinces are asking for the military to help overwhelmed staff at elderly care homes hard-hit by the coronavirus pandemic.

The requests came as Canada surpassed 2,000 COVID-19 deaths – half of them at long-term care facilities.

Ontario Premier Doug Ford said soldiers are needed at five of the most affected care homes in the province, saying the coronavirus in these places is spreading like a “raging wildfire”.

There have been 448 deaths at 128 of Ontario’s care homes that reported outbreaks.

In Quebec, 4,000 elderly people living in retirement homes have been infected, representing more than eight out of 10 of the COVID-19 deaths in the province.

“It will help us a lot to have lots of extra hands to do tasks that are less medical and help the staff,” Legault says.

Don't Miss it Coronavirus: Why some Nigerians are gloating about Covid-19
Up Next How the world is trying to contain the coronavirus – latest updates | DW News