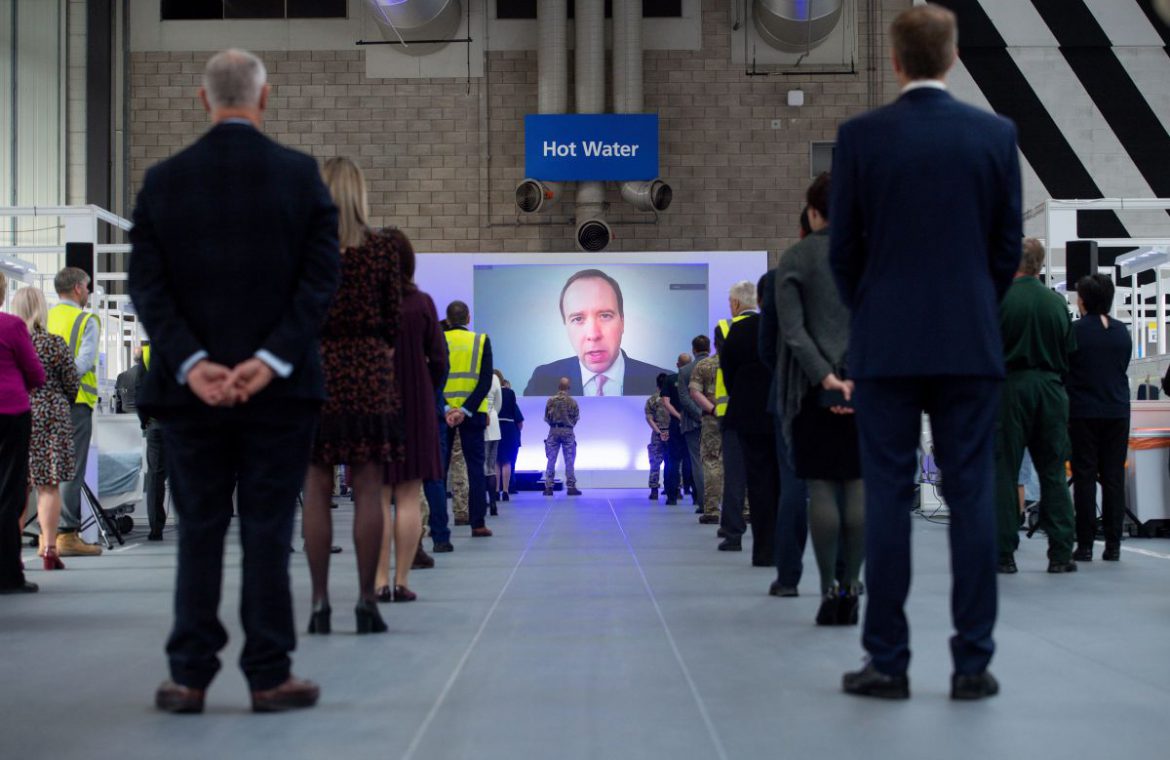 MINISTERS were warned about the risk of coronavirus last year and told to stockpile PPE, a leaked document has revealed.

The detailed Cabinet Office document claimed a pandemic could cost tens of thousands of lives and demanded “capability requirements” to keep the nation safe.

The Government were warned to prepare last yearCredit: AP:Associated Press

Leaked to the Guardian, the document reveals the Government were told to stockpile Personal Protective Equipment, establish contact tracing, and draw up plans to manage a surge in deaths.

The Government was also warned to make plans for helping Brits abroad, with getting them back flagged as a priority.

One of those who signed off on the 2019 National Security Risk Assessment was Sir Patrick Vallance, the Government’s chief scientific adviser.

A pandemic would play out in up to three waves.
50 per cent of the population would be infected.
A pandemic of moderate virulence could lead to 65,600 deaths.
The potential cost to the UK could be £2.35trillion.
It could take years for health and social care services to recover.
There would be public outrage if it looked like the Government were handling it badly.

It comes as the UK’s hospital death toll from coronavirus heads towards 20,000.

It is unclear whether Theresa May or Boris Johnson were Prime Minister when the document was submitted.

Running to more than 600 pages, it specifically referenced a coronavirus outbreak by mentioning Sars and Mers.

A source told The Guardian: “There was a national plan for dealing with a pandemic that should have been implemented.

“But who took control of that? And who was responsible for making sure that plans were being made at a local level?”

The shadow Cabinet Office minister Rachel Reeves, said the revelations “raised serious questions about the government’s planning and preparedness for a coronavirus-style pandemic”.

Rows have broken out over the way the government prepared for the pandemic especially concerning PPE and testing.

Health chiefs have repeatedly warned supplies of PPE are critically low and medics could be forced to work without them in hours.

The Government has been desperately trying to source the protective fear from around the globe as the Covid-19 crisis rages.

However, The Sun revealed millions of pieces of PPE are being shipped from British warehouses to Germany, Spain and Italy.

Firms here say they have “no choice” but to flog lifesaving gear to supply hospitals in the EU because offers to help the NHS were repeatedly ignored by the UK Government.

One businessman, who does not want to be named but whose company is known worldwide, told The Sun: “It’s absolutely staggering.

“We’ve got contacts all over the world and we’ve spent more than four weeks trying to offer tens of millions of items of PPE to the Government.

“Then, over the weekend, we get a call from Turkey saying they’re desperate, they need the kit.

“When I heard the Turks were on the phone while our RAF plane was sitting on the runway, I nearly fell off my chair.”