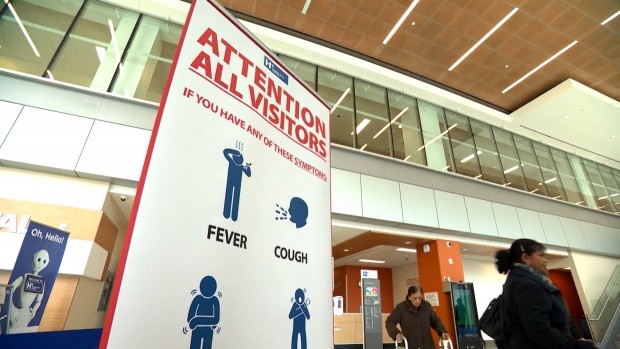 Friday’s case growth is slightly larger than the then-record daily high of 634 cases detected yesterday, while Friday’s count of 50 new deaths is smaller than the 55 reported on Thursday.

But the overall trend is a positive one, as the province’s count of fully recovered COVID-19 patients (7,087) now eclipses the remaining active cases (6,432).

“This is in large part, thanks to all of you in Ontario who have followed the advice of public health officials and continued to adhere to physical distancing measures. Your collective efforts are paying off, and I know it’s hard, but we need you to keep it up,” Yaffe said, adding that the number of new cases is going up because of the increased testing in long-term care homes.

She said the province is likely at a plateau. But, she warned the plateau in COVID-19 cases could last for several weeks.

Seven-hundred and sixty-three people have died of the virus in Ontario so far, including a third person between the ages of 20 and 39 who died sometime between Thursday and Friday.

The exact age, gender and location of that death were not released.

Long-term care fatalaties represent 573 of the 763 deaths or 75 per cent of the total.

Of the new cases, around 300 are in long-term care homes, Yaffe said, adding that there are now 131 facilities with COVID-19 outbreak.

She said the province remains extremely concerned about what is happening in long-term care facilities.

“I know that today the premier announced the five homes that the Canadian Armed Forces will be supporting. We will continue to support not only those homes but all long-term care homes in the province to help slow the spread of COVID-19 and keep the residents and staff safe,” Yaffe said.

Yaffe said the numbers from IPHIS has more epidemiological information compared to the numbers from MLTC. She also said she does not know what case definition the Ministry of Long-Term Care is using.

“At this point, I think the best we can do is to present the data from both and be as transparent as possible,” Yaffe said.

She said officials are working on bringing the databases together, but it isn’t easily fixed.

“I think it’s just the most important thing to recognize is that there probably are more deaths in long-term care than we’re reflecting in IPHIS,” Yaffe said. “And regardless of the numbers, we know it’s a serious problem. Public health units are working very hard with their long-term care homes, with Public Health Ontario, with the local hospitals and with others to do everything we can to prevent and control the spread of this infection with this very high-risk population.”

Ontario’s 34 local public health units are reporting a higher death toll of 805. The discrepancy can be explained by a delay in reporting of data to the province.

Ontario turned around 12,295 test specimens in the past 24 hours, approaching the benchmark of 12,500 daily tests promised earlier in the month.

A further 5,414 test samples were still under investigation.

Altogether, Ontario has 13,519 lab-confirmed cases of novel coronavirus infection, more than any other Canadian province except Quebec.

More than 1,700 healthcare workers have contracted the virus since the outbreak reached Ontario in late January, and at least two have died.

There are 910 people in provincial hospitals due to COVID-19, up 23 from Thursday.

A total of 193 people are breathing with the assistance of a ventilator, up to eight from Thursday.

More than 207,000 people have been tested for novel coronavirus infection in Ontario since the outbreak began.

A list of Ontario’s COVID-19 fatalities by public health unit:

Whether it’s a restaurant or retail store, Ken Milstone-Turner often does an online search about a business before he goes…