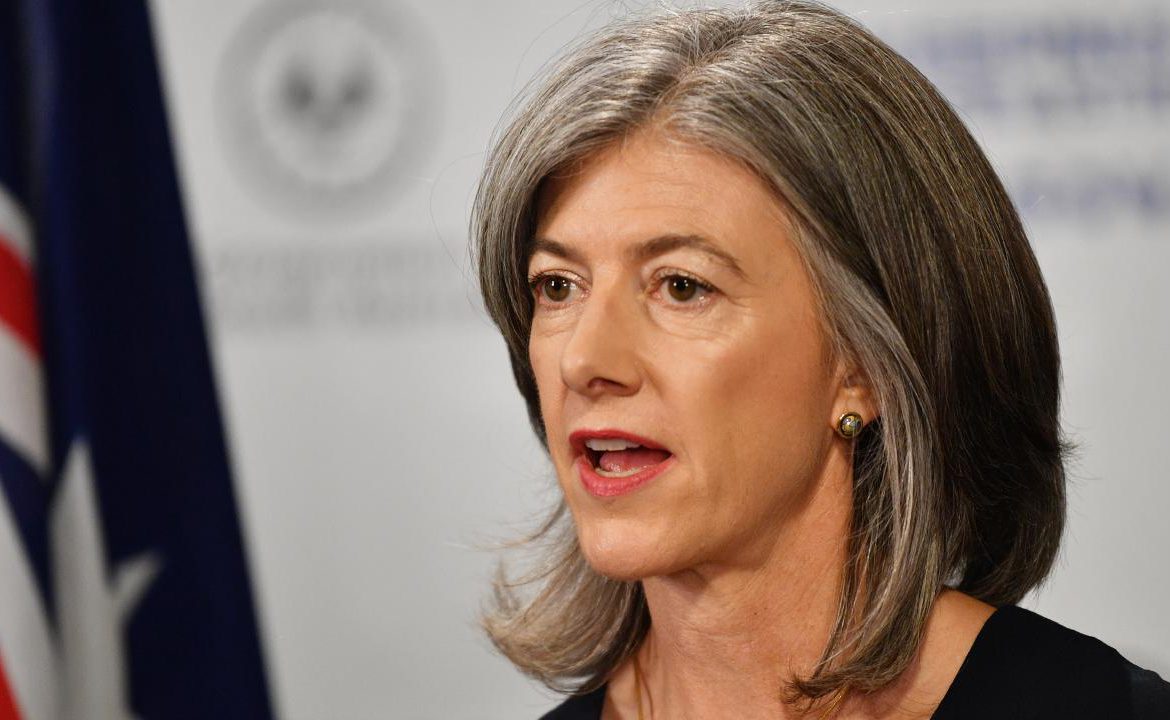 More at-risk South Australians will be cared for at home as an official out-of-hospital program is “industrialised” on Wednesday after it helped treat coronavirus patients amid a sixth consecutive day of zero cases.

The Advertiser last year revealed how the Home Hospital trial began last year as SA Health hoped it would ease pressure on emergency departments and other parts of the $6.4 billion system.

The State Government will on Wednesday begin a multimillion-dollar tender process to expand the home-based program, which had four successful pilot projects and allowed 163 COVID-19 patients to be treated away from hospital.

As authorities urged people to have a flu vaccination to prevent a dangerous wave of influenza cases, SA Health ramped up its home-care plan to keep vulnerable groups healthy, reduce bed block and eliminate ambulance ramping.

In its first 12 months of operations, eligible patients will include those with respiratory infections or inflammations, as well as kidney and urinary tract infections. It is expected to be operational later this year.

Health Minister Stephen Wade said the My Home Hospital program would help free up hospital beds and ensure the state could tackle any surge in COVID-19 cases.

“It is important that as many hospital beds as possible are available to deal with that threat,” he said.

Tender documents state that Wellbeing SA is looking to “industrialise” the program to boost acute care in private homes to almost five per cent of total cases.

“Evidence shows that (it) provides the same quality of care as traditional, hospital-based care for medically stable patients and has superior outcomes in some cases,” it states.

media_cameraMinister Stephen Wade with Peter Bedford, ICU clinical nurse consultant and Michelle Kalic, one of the nurses who took part in the training at the Lyell McEwin Hospital. Picture: Ken McGregor

Wellbeing SA chief executive Lyn Dean said it represented a “significant shift in the way health services will be delivered across the state”.

The state’s total number of coronavirus patients om Tuesday stood at 438 – 96 per cent of whom have recovered.

While just 14 active cases remain, four patients are being treated in the Royal Adelaide Hospital, including two men, aged 68 and 75, who were in critical but stable conditions in the intensive care unit on Tuesday night.

■ The COVIDsafe app has been downloaded more than two million times

Barossa Valley lockdowns will be lifted on Wednesday.

Local schools have been shut for the past month while residents were urged to end all avoidable travel to aggressively stamp out a virus cluster.

The state’s Chief Public Health Officer, Professor Nicola Spurrier, on Tuesday said all restrictions on the Barossa Valley would be lifted from Wednesday and schools reopened.

This was because no new cases have been located in the area for the past month – the equivalent of two virus incubation cycles – and no surprise cases have been added to the cluster.

South Australia’s total cases remains at 438 – at least 95 per cent of whom have now recovered – amid mounting hope bans could be lifted imminently on outdoor activities, sport, funerals and weddings.

SA Health has been frantically trying to stop COVID-19 spreading amid a cluster of 40 infected patients – among its biggest – linked with two Barossa Valley tour groups.

Among the cluster was Riverland grandfather, Malcolm Todd, 76, who died last month in the Royal Adelaide Hospital’s intensive care unit after contracting the virus while visiting his son at Lyndoch Hill winery on Saturday, March 14.

Not counted among the cluster are two American tourists, who The Advertiser revealed had fled the area despite being infectious and awaiting tests.

They were under formal investigation, but Police Commissioner Grant Stevens has revealed the inquiry was halted because the couple had left the state. No charges were laid.

The Education Department said the lifting of bans meant the following sites and services in and between the towns of Nuriootpa, Tanunda, Angaston, Lyndoch and Williamstown, would fully re-open after their closure on March 30:

Drop in flu cases so far this year

Social distancing and increased personal hygiene put in place to slow the spread of COVID-19 has helped suppress the number of South Australian flu cases.

Health Minister Stephen Wade said there was an 80 per cent decrease in cases compared with the same time last year.

Although the numbers were “encouraging”, he said it was vital people were still vaccinated.

“A second wave of COVID-19 in the middle of a flu season would be very risky,” Mr Wade said.

“We’ve distributed enough vaccines under the state and national immunisation program to vaccinate 86 per cent of the target group.”

As for the private market, he said there were some delays in getting supplies to pharmacies.

With the federal government securing another 3 million vaccines last week, he said a “good flow” was expected over the next two months.

“It is a bit of a disappointment … but in a way it’s a demonstration on how strongly South Australians have stepped up to be vaccinated.”

So far, more than 16.5 million vaccines have been made available nationwide.

The Sunday Mail revealed at the weekend how the state’s major metropolitan hospitals saw more than 8000 emergency department presentations fewer in the first two weeks of April – a drop of almost a third.

More than 400 nurses and midwives across the state have been retrained to help battle any coronavirus surge.

Another 300 courses have been created throughout the private hospital system, which the government said would boost the state’s capacity to “provide high-level care amid the pandemic”.

The Advertiser revealed in February how upskilling hospital workers who previously worked in critical care and intensive care units was being planned so they could be redeployed back as needed if patient numbers swelled or health workers fell ill.

“Increasing capacity in our healthcare system is about more than beds and ventilators – it is absolutely essential that we expand and upskill our workforce to deliver quality ICU-level care,” Premier Steven Marshall said.

Health Minister Stephen Wade added: “The skills and training undertaken by these frontline staff will both bolster our ability to respond to the COVID-19 threat and increase the knowledge and skill set of hundreds of nurses and midwives after the pandemic.”

“Every minute, every shift, every day, nurses and midwives make a real difference in our community – and never before has this been more evident,” she said.

The state’s fifth consecutive day of zero coronavirus cases on Monday has triggered new hope that South Australia could be among the first to begin easing draconian restrictions.

As elective surgery relaunched on Monday and key SA Health services began to operate again, the state’s total number of COVID-19 patients remained at 438 – 95 per cent of whom have now recovered.

Bans could now be lifted imminently on outdoor activities, sport, funerals and weddings.

As he urged the public to download a new official tracking phone app, Premier Steven Marshall gave his strongest indication yet that SA could be one of the first states to ease restrictions but declined to provide timings.

“The good work that SA has done has really put us in a very good position,” he told The Advertiser. “We already have the lowest level of restrictions in the country.

“I would advocate that we also have the highest level of compliance. This has been a real demonstration of the character of the people of SA.

“We have put ourselves in a good position to lift restrictions when appropriate.”

Revealing latest testing results on Monday, the state’s top public health doctor said authorities were investigating what restrictions would be lifted in tranches but warned of creating a possible second wave of cases.

SA’s chief public health officer Professor Nicola Spurrier said she was studying how to ease restrictions on specific activities and “messaging” such as rules on gathering numbers.

“It is certainly something we have been looking at very, very carefully,” Prof Spurrier said. “We just have to very mindful that we do it in a very sensible, graduated way.”

“There are range of things, for example, we have been very clear for people to not be travelling from their immediate area. It will be timely to look at the safety of travelling to regional areas.

“There are other things, in terms of sport. We would like to see … school sport starting up again. We have got restriction laws about the size of funerals and the size of weddings.

“So all of these things need to be looked at in terms of safety and the risk to public health.

Asked if reopening pubs and clubs would take more time, she said: “I think if you consider the … public health risks when you have got large number of adults coming together, and the use of alcohol where people are more relaxed, it is more difficult to have that social distancing.

“Yes, from a common sense perspective you would make that assertion.”

While 20 active cases remain, four patients were being cared for in the Royal Adelaide Hospital, including two men, aged 68 and 75, in a critical condition in the intensive care unit.

Authorities tested almost 14,300 ill people with flu-like symptoms in a special testing “blitz”. There have been at least 53,000 tests overall.

Dr Spurrier said expanded testing would remain past Thursday while new serology blood tests will check human antibodies produced after a person is infected. Frontline workers with no symptoms may soon be tested.

The Government also announced delivery of an extra one million pieces of personal protective equipment.