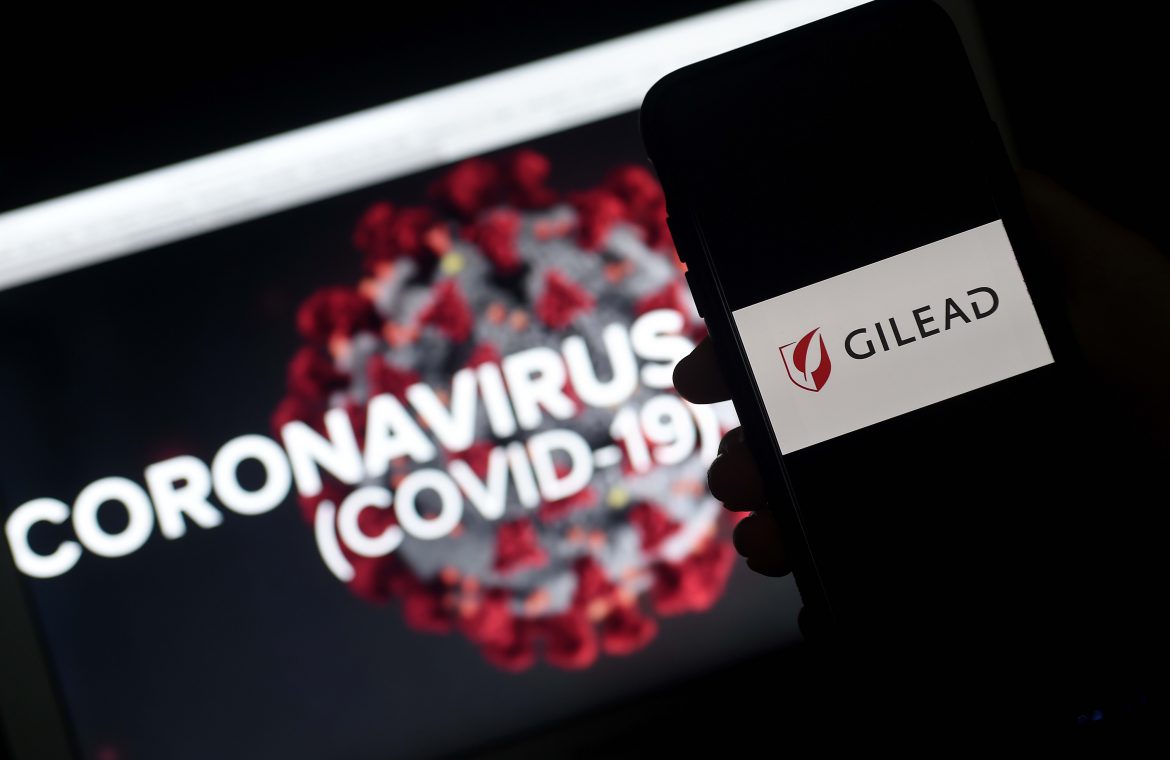 Stocks jumped Wednesday on the back of positive data from a potential coronavirus treatment from Gilead Sciences, while investors digested a sharp drop in U.S. economic activity.

A study of Gilead’s remdesivir drug conducted by the National Institute of Allergy and Infectious Diseases met its primary endpoint, the drugmaker said, lifting expectations for a potential coronavirus treatment. Gilead also released the results of its own study, which showed improvement in patients taking remdesivir to treat the virus. Gilead shares jumped 3% after a brief halt in the premarket.

“The idea of something that is just given to you in the hospital IV that makes it so that it eliminates the, let’s say, the odds of you dying is something that makes us feel like that maybe this is the Tamiflu for this dreaded disease,” said CNBC’s Jim Cramer. “I think a lot people are going to say open [the economy] up and that’s why the market’s flying.”

Other mega-cap tech stocks such as Facebook climbed 4.1%. Amazon gained 0.7% while Apple advanced 2.3%.

The Gilead news along with the strong move higher from Alphabet offset news of a steep drop in U.S. economic activity. U.S. GDP shrank by 4.8% in the first quarter for the country’s biggest contraction since the financial crisis.

All eyes will be on the Fed’s monetary policy decision at 2 p.m. ET Wednesday. Investors will look to the central bank’s statement and chairman Jerome Powell’s virtual press conference for clues about how long interest rates will stay near zero as the economy seeks to emerge from the coronavirus crisis.

“The Fed will likely focus on its crisis policy implementation and signal readiness for future shocks,” said Lauren Goodwin, economist and portfolio strategist at New York Life Investments. “It’s also possible that the Fed clarifies its forward guidance, and affirms that interest rates will remain low until inflation expectations are firmly anchored in the 2.0% range.”

While no one is expecting any change to its benchmark interest rate, the Fed could potentially adjust the rate on bank reserves and announce asset purchases targeted toward driving down longer-term rates.

Stocks fell slightly on Tuesday as a slide in mega-cap tech shares put pressure on the broader market. The S&P 500 ended the day 0.5% lower, but the equity benchmark is still up more than 10% this month alone.

President Donald Trump said in a press conference Tuesday the U.S. will “very soon” run five million coronavirus tests per day. To date, the most tests the U.S. has run on any single day was 314,182 on April 22, according to the Covid Tracking Project. The lack of testing remains an obstacle for many states anxious to reopen for business.

Subscribe to CNBC PRO for exclusive insights and analysis, and live business day programming from around the world.

Don't Miss it What doctors and parents should watch for when COVID-19 affects children, including ‘COVID toes’
Up Next Revealed: the inside story of the UK’s Covid-19 crisis | World news