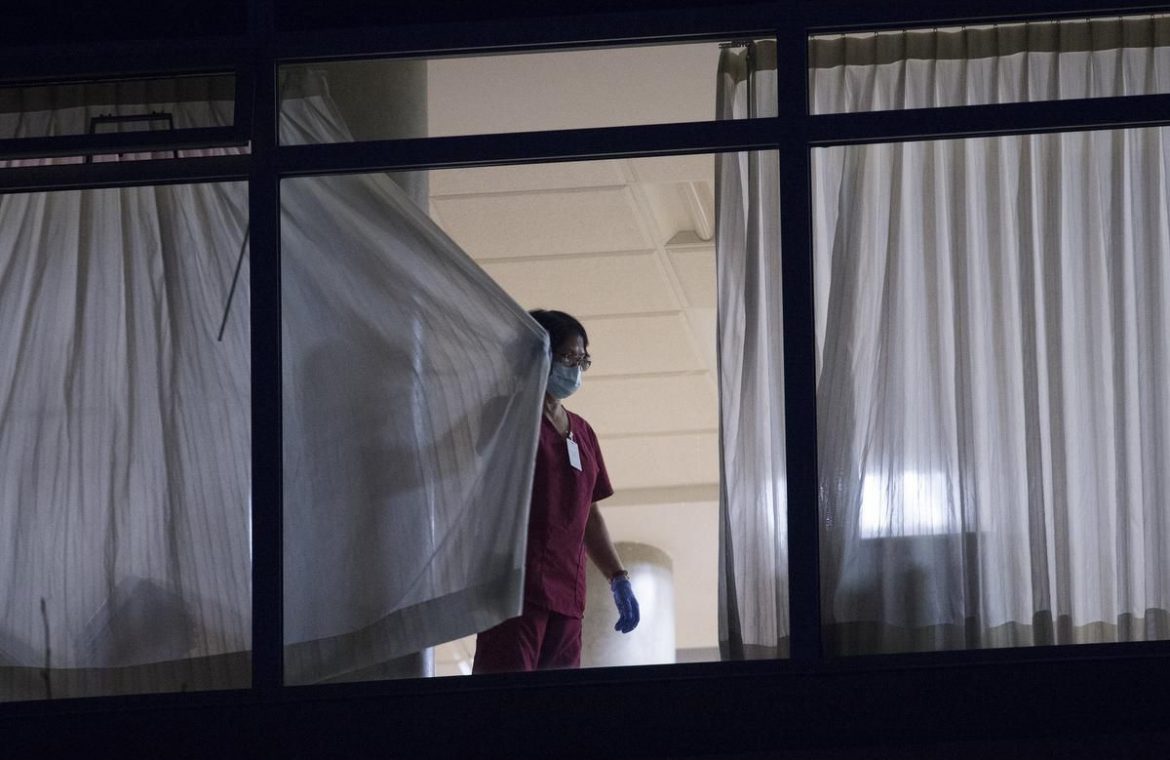 Ontario is refusing to publicly release data that could reveal the number of people who died in the province since COVID-19 emerged.

The numbers are part of the mortality data that critics say is needed to truly show the human toll of the pandemic.

Colin Furness, an infection control epidemiologist at the University of Toronto, said Ontario’s refusal likely suggests a technical inability to track the information.

“Ontario’s public health information system is very old and was never adequate,” said Furness, who has been critical of the province’s lagging data throughout the COVID-19 pandemic.

The province, meanwhile, has argued the data is incomplete and sharing potentially inaccurate data is not in the public interest.

Countries around the world are releasing detailed mortality statistics amid COVID-19, outlining deaths attributed to the virus and all other causes. The numbers can show a variety of trends, including if unexplained deaths started to spike before COVID-19 became a pandemic or if delayed surgeries or hospital visits for other medical problems might have cost lives. Canada’s most recent data is from 2018.

The Star spent more than a week asking various federal government sources involved in collecting vital statistics for updated numbers. They declined to provide them.

Individual provinces and territories, except Ontario, agreed to release some information, but the numbers provided lack the level of detail needed for useful analysis.

The research revealed a wide and varied approach across the country as to how each government shares its vital statistics in the absence of a regularly updated national death registry.

British Columbia is the gold standard in Canada. The B.C. government regularly publishes detailed statistics with analysis — including an estimated excess death rate of 2.7 per cent in March over previous years.

Quebec, Canada’s province with the highest COVID-19 death count at 2,510 as of Wednesday, only shared January 2020 totals. Alberta reports deaths per 100,000 people, to account for population fluctuations. Nunavut’s coroner’s office is responsible for tracking reportable and unexpected deaths — those in which people died suddenly and were found to be of natural causes — but not those from palliative or expected deaths, which are not investigated by the coroner.

In its refusal to provide numbers, Ontario’s Ministry of Government and Consumer Services, which oversees vital statistics collection, stated it is working in accordance with the Vital Statistics Act. The act says information should be an accurate representation of the number of events that occurred in that calendar year, according to spokesman Harry Malhi.

“Releasing statistical information that is incomplete or inaccurate is not in the public’s best interest as it could result in misinterpretation of the information provided or of the event that is being evaluated,” Malhi said in an emailed response to questions from the Star.

Since Canada does not have a central death registry, the nation’s death reports are forwarded by provinces and territories to Statistics Canada, the federal agency tasked with collecting vital statistical data. Historically, there is a reporting lag while waiting for all regions to submit their data.

In Ontario, for instance, it can take up to a year to register a death. So a death that occurred in May 2019 can still be registered today, Malhi said.

Breaking from tradition, Statistics Canada is speeding things up this year. It plans to release some death data “for those jurisdictions for which the data is available” in mid-May, according to agency spokesperson Peter Frayne.

Malhi confirmed that Ontario has shared its 2019 death statistics with Statistics Canada, even though the 2019 report has not yet been published.

Raywat Deonandan, an epidemiologist and an associate professor at the University of Ottawa, said Ontario’s refusal to share recent death rates “resonates with me right now as I’m fielding many angry questions from a public that is in increasing denial of the true toll that COVID-19 has taken.”

“The only way to capture the full death toll of this disease, without literally examining the fluids of everyone who has died in Ontario these past few months, is to compare deaths in the same time period a year ago and to compute what we call excess deaths,” Deonandan said.

“Our inability to estimate that death toll in Ontario makes it harder to combat (or confirm) the narrative that this is a media-manufactured disease,” he said, noting some people still debate the severity of COVID-19’s impact on the population to that of the flu.

“It also denies us an important variable in making more precise models for projecting how the disease will unfold in coming weeks an​d months.”

Furness, the U of T epidemiologist, said since deaths happen in many contexts, such as at home, in hospital or while travelling abroad, it can be challenging to compile mortality information. Still, he said, Ontario should be transparent.

“We should be doing post-mortem testing on all non-misadventure deaths … in Ontario. This would require a simple order from the province’s chief medical officer of health,” he added.

Canada’s lacking data is in stark contrast to many countries including the United States, Belgium, Germany, Norway and Ecuador, which are releasing mortality data in a timely manner.

The lack of current death data is “not so much a health crisis as it is a health-systems crisis,” said Deonandan.

“And one cannot make data-driven decisions without accurate data.”

Without adequate post-mortem testing, “we will remain blind” to COVID-19, said Furness.

The New York Times recently reviewed mortality data from 14 countries and regions during an investigation of excess deaths. The Times found that over March and April of 2020, “far more” people had died than in previous years in most of the jurisdictions studied. For New York City, the death rate was six times higher.

Bob Anderson, chief of the NCHS’s mortality statistics branch — the NCHS is part of the Centers for Disease Control in Atlanta — said the groundwork for the electronic registration system began about 15 years ago, with refinements made to install data coding systems common to all states to file death report information more efficiently.

“When this business happened with the pandemic, we realized very quickly we were going to need to provide … something a lot more timely and a lot more detailed than we’d been doing before,” Anderson said.

“I think we’ll be able to have a fairly good accounting of what happened and how it happened at the end of the day.”

Anderson said sharing timely mortality data, especially with those in government and public health grappling with a pandemic like COVID-19, informs experts in handling a crisis.

“The responders to the crisis need the information to know where to direct their resources and those who are doing research need that information so they can evaluate the response,” Anderson said.

“The more timely you can provide the information, the more impact you have.”

“No health emergency response has ever been slowed by having too much or too accessible data,” he said.