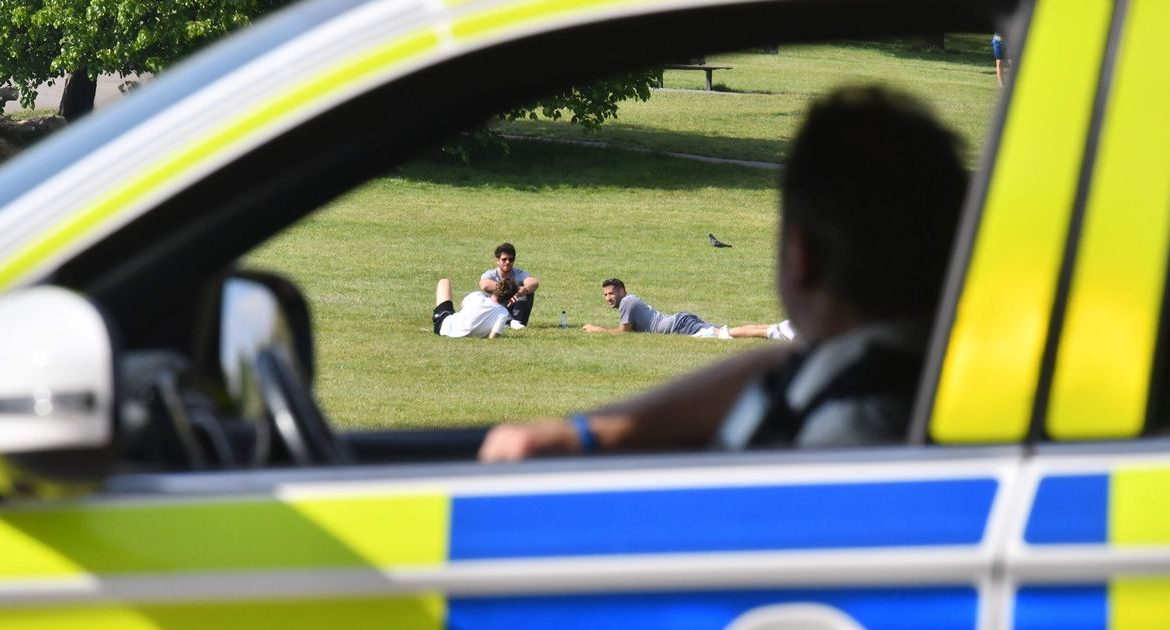 The Coronavirus lockdown has been formally extended, despite plans to ease the restrictions from Monday.

The Prime Minister announced yesterday that he hopes some restrictions will be lifted on Monday.

He’s planning to outline his “roadmap” for easing the rules on Sunday night, with some measures set to take effect on Monday.

But no changes will be made to the rules until after the weekend, leaving some confused about what they will not be allowed to do on Sunday that they will on Monday.

Foreign Secretary Dominic Raab told the Downing Street press conference: “The virus is not beaten yet, it remains deadly and infectious.”

He confirmed Boris Johnson will use an address on Sunday to set out the “roadmap” to easing the lockdown.

“This weekend the Prime Minister will set out the next steps which we can responsibly take over the following weeks, guided by the scientific advice and mindful – as we said right from the word go – of taking the right decisions at the right time.

“Now we can start setting out how we will live and work whilst maintaining the necessary social distancing rules, we can also be clear about those measures which are still necessary to prevent a second peak.”

He went on to describe this as “very delicate and a very dangerous moment”.

Any lifting of measures would have to be done “very carefully”.

Mr Raab, asked if it is safe to lift any restrictions, replied at the press conference: “Whether you’re in London, Edinburgh, Cardiff or Belfast as we enter another long bank holiday weekend, I think the message is very clear – follow the guidance.

“There is no change today in the guidance or in the rules.”

He reiterated the Prime Minister will set out his plans on Sunday, adding: “We’re locked into the closest co-operation and collaboration with the devolved administrations through Cobra.”

Mr Raab said Mr Johnson had reiterated the commitment to a UK-wide approach, noting: “Even if different parts may move at slightly different speeds, the key thing is those decisions are made based on the science and the circumstances for each nation.”

Dominic Raab said any short-term changes in the restrictions announced by the Prime Minister on Sunday would be limited.

“Any changes in the short term will be modest, small, incremental and very carefully monitored,” he told the No 10 press conference.

“If we find in the future the R level goes back up or that people aren’t following the rules, we must have the ability then to put back measures in place.”

From the coronavirus to Brexit, this is an era of great change and uncertainty. Events in Parliament have rarely been so crucial – or confusing.

Our daily politics newsletter is there at 8.30am to guide you through these turbulent times.

Written by the Mirror’s Head of Politics Jason Beattie it includes sharply-written commentary, a concise overview of events in Westminster and a sprinkling of gossip. There’s then a 4.30pm bullet-point update with the day’s headlines.

Don’t miss a thing – sign up for the Mirror Politics newsletter by visiting www.mirror.co.uk/email.

He said the existing rules would still apply over the coming bank holiday weekend.

“For the moment it is really important, particularly as people look towards a warm bank holiday weekend, that we continue to follow the guidance in place at this time.”

A spokesman for Labour leader Keir Starmer, who took part in the call said: “This afternoon Keir Starmer and other opposition leaders were briefed over the phone by the Prime Minister about the coronavirus pandemic. The call was constructive.

“During the call, the Labour Leader stressed the importance of securing a national consensus on the next phase of the Government’s response to the coronavirus. He also reiterated the seven principles that he wants the Government to consider when planning for the next phase, including safety at work and preventing a cliff-edge to the job protection scheme.

“All sides agreed to further briefings over the weekend.”

Wales and Scotland both piled pressure on Boris Johnson not to ease the lockdown too soon.

Nicola Sturgeon today confirmed the lockdown will be continued in Scotland for up to three weeks.

In a break from Boris Johnson’s approach, she warned that dropping the “stay at home” message would be “catastrophic”.

The Mirror understands a draft 50-page plan has been drawn up to get the country back to normal over the coming months.

Unlimited exercise allowed. Employees to be encouraged to return to workplaces that have stayed open through- out the lockdown if safe. Garden centres could reopen while there may be more guidance on the use of outdoor spaces including open-air markets, high streets and cemeteries.

2. End of May/Start of June

Phased return of primary schools in England, starting with Year 6. Households could be allowed to expand “social bubble” to meet one other household of family or friends.

Phased return of secondary schools in England before the summer holidays. Small team sports such as five-a-side football could be allowed, along with outdoor gatherings of fewer than 30 people. Cafes with outdoor seating could reopen while outdoor sports like golf, tennis and angling might resume. Possible return of Premier League matches, although behind closed doors.

4. End of August/Start of September

Pubs, bars and restaurants could gradually reopen although customers would be expected to follow strict social distancing rules.

Possible return of football fans to matches. Gyms could be allowed to re-open. But any further lifting of restrictions to get back to normal life would be in doubt amid fears of a second wave of coronavirus or an outbreak of seasonal flu.

According to the draft plan seen by the Mirror, from the start of June, primary schools in England would have a phased return.

Households could also be allowed to expand their “social bubble” to one other household of family or friends.

At the end of June, secondary schools would return, some outdoor activities and cafes.

Then, pubs and restaurants could reopen at the end of August or early September.

The final stage of lifting restrictions, which could include the opening of gyms and and the return of fans to Premier League matches, is the least predictable.