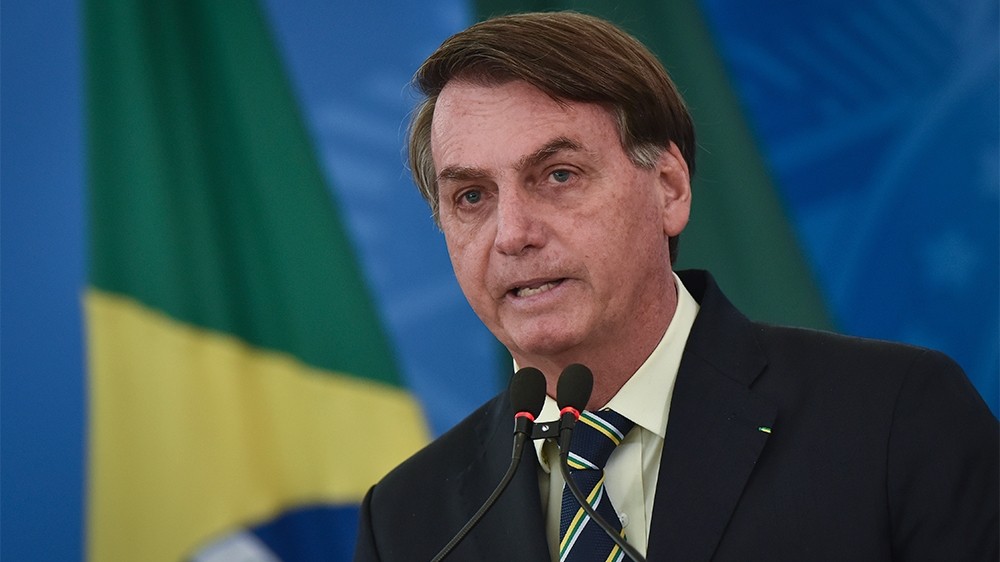 A leading medical journal has described President Jair Bolsonaro as “perhaps the biggest threat” to Brazil’s ability to successfully fight the coronavirus pandemic, just as the country reported its highest daily death toll.

In an editorial, The Lancet said Bolsonaro’s disregard for and flouting of lockdown measures is sowing confusion across Brazil, which is quickly emerging as a hotspot for COVID-19, the respiratory illness caused by the novel coronavirus.

On Friday, Brazil’s Ministry of Health registered 10,222 new confirmed coronavirus cases and 751 related deaths, a daily high. That brought the total of confirmed cases in the country to 145,328 and deaths to 9,897.

The Lancet said Bolsonaro was becoming increasingly hamstrung by political crisis following his sacking last month of popular Minister of Health Luiz Henrique Mandetta after a disagreement over measures to tackle the pandemic and the resignation of Minister of Justice Sergio Moro.

“The challenge is ultimately political, requiring continuous engagement by Brazilian society as a whole. Brazil as a country must come together to give a clear answer to the ‘So what?’ by its President. He needs to drastically change course or must be the next to go,” the editorial by the British medical journal said.

In response to a journalist’s question last week about the record number of deaths from coronavirus, the far-right president said: “So what? I’m sorry, but what do you want me to do?”

Bolsonaro’s press office declined to comment on the Lancet editorial.

On Friday, the president said he planned to have 30 friends over to the presidential palace for a barbecue. Later in the day, he joked that he may extend the invitation to thousands more, including political supporters and members of the press.

The president, who has referred to the coronavirus as the “little flu” and interacted with supporters without a face mask, has argued that the economic fallout of lockdown measures would be deadlier than the virus itself.

He has also actively encouraged people to defy physical distancing measures put in place by state governors, calling on people to return to work and take part in large gatherings despite the growing number of known infections and deaths.

A report by Imperial College London published on Friday showed that “the epidemic is not yet controlled and will continue to grow” in Brazil, in stark contrast to parts of Europe and Asia, where enforced lockdowns have had success.

“While the Brazilian epidemic is still relatively nascent on a national scale, our results suggest that further action is needed to limit spread and prevent health system overload,” the Imperial College report said.

In its editorial, The Lancet outlined challenges faced by Brazil. About 13 million Brazilians live in shanty towns where hygiene recommendations and physical distancing are near impossible to follow.

The country’s Indigenous population was also under “severe threat” even before the COVID-19 outbreak due to the government turning a blind eye to or even encouraging illegal mining and logging in the Amazon rainforest.

“These loggers and miners now risk bringing COVID-19 to remote populations,” it said. Most of Brazil’s 27 state and district governments are taking the threat of the virus more seriously than Bolsonaro.

On Friday, the government of Sao Paulo, Brazil’s most populous state, extended mandatory quarantine orders through to May 31. They had been scheduled to expire on May 11.

Don't Miss it Coronavirus: What are the symptoms? – BBC News
Up Next U.S. tightens visa rules for Chinese journalists amid coronavirus tensions