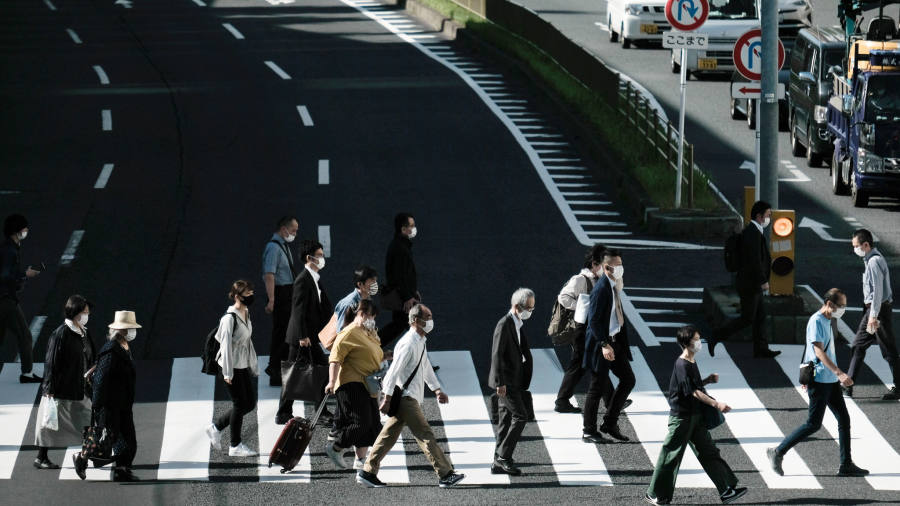 JCPenney has become the fourth household-name retailer to file for bankruptcy in the US within two weeks due to the coronavirus shutdown. The mass-market chain, which has more than 800 stores and employs about 90,000 people, on Friday joined upscale peer Neiman Marcus, clothing company J Crew and footwear brand Aldo in seeking court protection from creditors in the midst of the pandemic.

Five of New York’s 10 regions began a partial reopening on Friday as the governor, Andrew Cuomo, extended a shutdown on the others, including New York City. Those regions will be able to reopen as soon as they meet the seven criteria set out by Mr Cuomo, including a minimum supply of hospital beds and testing and tracing capacity.

Amazon said it has reached an agreement with French trade unions to begin reopening its six warehouses in the country,. Amazon shut down its entire French logistics operation on April 16, saying it could not be sure it was able to comply with a court order, brought by the unions, that demanded it only handle essential items — or face fines of up to €1m per day.

Retail sales in the US fell in April by the most on record as nationwide coronavirus lockdowns throttled spending by consumers at many bricks and mortar stores. The contraction deepened last month, when the effects of stay at home orders became more sweeping, with headline retail sales tumbling 16.4 per cent to $403.9bn, according to data from the commerce department on Friday.

The British government has abandoned a proposed total exemption for France from a planned two-week quarantine for anyone visiting the UK, after critics asked why an entire country should be excluded from the scheme. Instead, only key professionals deemed to need to travel between mainland Europe and Britain for purposes such as delivering freight will be excluded.

The Welsh government will restrict taxpayer support to businesses based in tax havens. Wales will use its devolved powers to prevent any such company accessing its £500m economic resilience fund, it said on Friday. It cannot apply the rule to money provided by the UK’s central government.

Ireland will ease some coronavirus restrictions from Monday with the resumption of construction work and the reopening of garden centres, marts, hardware and electrical stores. The prime minister, Leo Varadkar, said people will be able to meet small groups of up to four people outdoors, while keeping at least 2 metres apart.

Spanish health minister Salvador Illa announced on Friday evening that regions including Valencia and parts of Andalucia would join the so-called “phase one” of the transition from lockdown on Monday, when restaurants and bars can serve clients outdoors, shoppers can visit stores selling non-essential items without an appointment and private gatherings of 10 people or fewer can be held.

The Czech Republic will allow restaurants and hotels to reopen from Monday, as it continues to ease the restrictions put in place to contain the coronavirus pandemic. The health ministry said on Friday that the upper limit on the number of people who could gather in one place would be raised from 100 to 300, and that trips to swimming pools and camping sites would also now be possible.