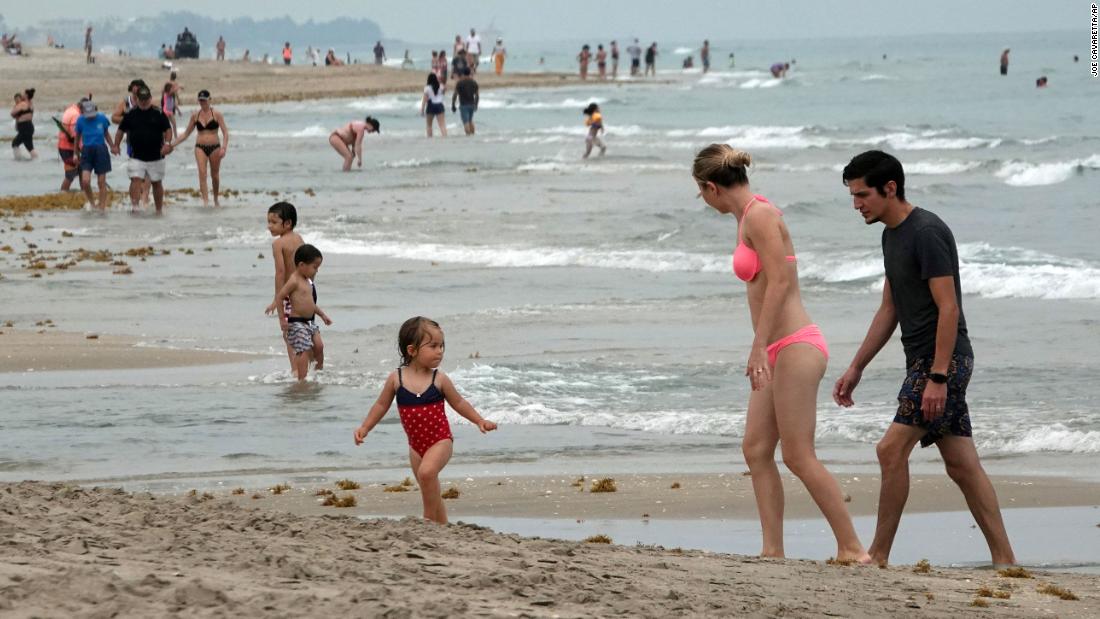 In Florida, Rebekah Jones, the official behind the state’s “dashboard,” a web page showing the number of Covid-19 cases and deaths in Florida that’s been praised by Dr. Deborah Birx, says she was removed from the project and questioned the state’s commitment to accessibility and transparency, according to Florida Today.

In Georgia, data tracking Covid-19 cases in the state has come under question after a misleading chart was posted on the state Department of Public Health’s web page, according to an article by the Atlanta Journal-Constitution.

Late last Friday, Jones announced in an email to researchers and people who had signed up to receive updates about the data portal that she had been removed from her post at the Florida Department of Health, according to Florida Today.

“As a word of caution, I would not expect the new team to continue the same level of accessibility and transparency that I made central to the process during the first two months,” Jones wrote, according to Florida Today.

Florida Gov. Ron DeSantis contested the claims during a press conference Tuesday, referencing an email from Jones and said her words had been “misrepresented,” and that the situation was “a non-issue.”

CNN has reached out to Jones and she responded via text, “I’ve been advised to wait on interviews at this time.”

The Florida Department of Health said Tuesday that Jones had “exhibited a repeated course of insubordination” during her tenure there, making “unilateral decisions to modify the Department’s COVID-19 dashboard without input or approval from the epidemiological team or her supervisors.

“The blatant disrespect for the professionals who were working around the clock to provide the important information for the COVID-19 website was harmful to the team.”

Jones has been asked to resign, the department said, and if she doesn’t do so by 5 p.m. Thursday, she will be “terminated.”

Jones started working for the Florida Department of Health one year and nine months ago, according to her LinkedIn profile.

Florida allowed many businesses to open, with limitations, on May 4. The phase one reopening went into full effect Monday, allowing malls, restaurants, gyms and libraries to open at 50% capacity.

In Georgia, which started reopening last month, a bar chart on the Department of Public Health’s website appeared to show that the number of new confirmed cases in the counties with the most infections had dropped every single day for the prior two weeks, the Atlanta Journal Constitution reported on May 13.

The bar graph showed a downward trajectory, but did not list dates in chronological order or keep the counties in the same position each day, both of which caused confusion.

The graph has since been taken off the website.

The website also reported 2,400 more confirmed cases than tests that were performed on one day last week, according to the article. The error was quickly fixed.

In the article, the AJC said they were told by a spokeswoman for the department that the chart was incorrect because of an error in how they sorted data.

CNN has not received a response from the Department of Health on inquiries about the bar graph.

In an interview with the AJC, state Rep. Scott Holcomb said he sent a letter to the governor’s office regarding the discrepancy.

“I don’t know how anyone can defend this graph as not being misleading, I really don’t,” he told the paper.

Candice Broce, a spokeswoman for Gov. Brian Kemp tweeted on May 11, “The graph was supposed to be helpful but was met with such intense scorn that I, for one, will never encourage DPH to use anything but chronological order on the x axis moving forward.”

She tweeted on the same day, “The x axis was set up that way to show descending values to more easily demonstrate peak values and counties on those dates. Our mission failed. We apologize. It is fixed.”

CNN has reached out to Broce, Kemp’s office, the Georgia Department of Health and Holcomb’s office for comment.

Don't Miss it Why there’ll be no COVID-19 signs at the library when it re-opens
Up Next With 743 new COVID-19 cases reported in Tamil Nadu in a day, state total crosses 13,000