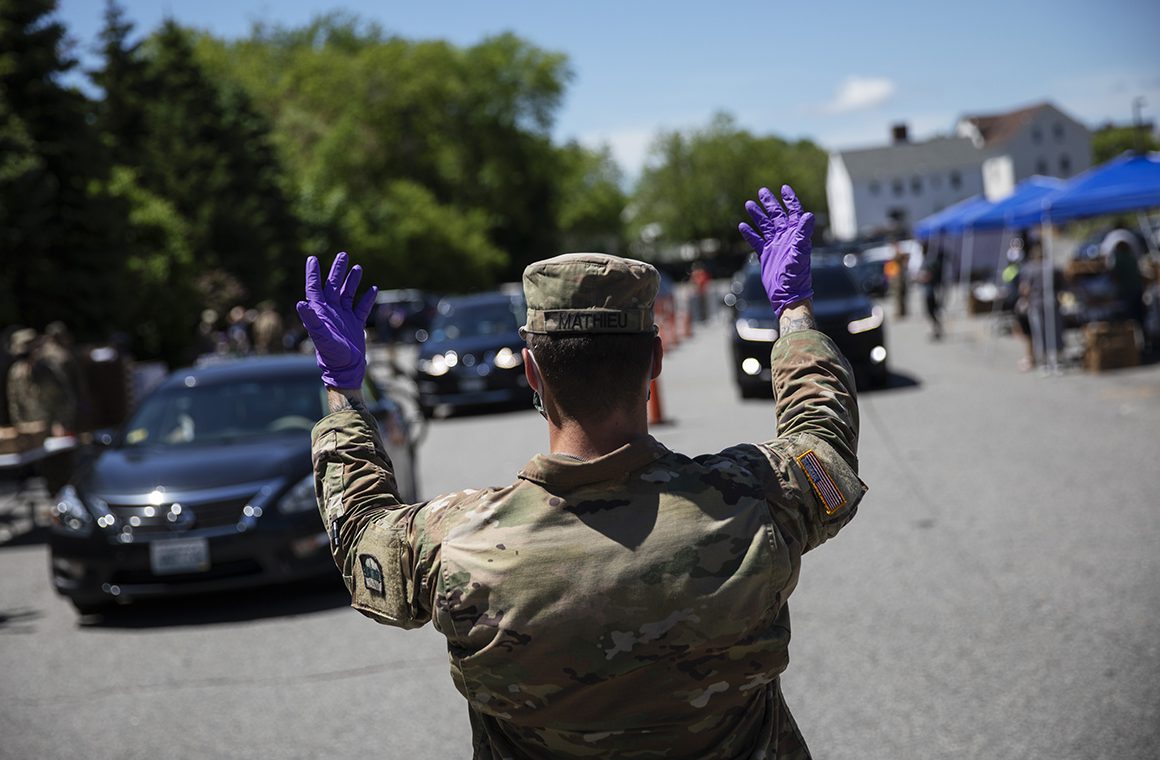 Even if states keep troops mobilized on active duty — something many states say they are financially unable to do — that service time would not count toward federal benefits for the soldiers and airmen.

“I will never tolerate any level of government trying to nickel-and-dime our soldiers,” Rose said following the Thursday announcement. “They earned these benefits and I thank President Trump for hearing our call and reversing this heartless policy.”

Following POLITICO’s report, a bipartisan group of more than 100 lawmakers including Rose urged Trump to extend federal support for the troops, warning that states would struggle to afford the cost of the deployments while they’re still trying to contain the virus. Pressure intensified after Defense Secretary Mark Esper last week endorsed an extension, and National Guard Chief General Joseph Lengyel recommended Trump extend the deployment through at least the end of July. And just before the president announced the extension, 42 governors sent him a letter demanding a continuation of federal support for the Guard.

Still, some lawmakers and military officials have urged the Trump administration to maintain federal support even longer, warning that the Guard may be needed for virus containment efforts beyond the summer.

“We’ll have to see in August what needs we still have and if there’s a second wave of Covid-19 in the fall on top of flu season,” cautioned Major Gen. Matt Quinn, the adjutant general of Montana and president of the national association of Guard leaders. “Hopefully we’ll be a position where Guard members can go back to their civilian lives and everything will be wonderful, but I have my doubts.”

Quinn said, however, that the extension announced Thursday is longer than he and other officials expected. Deployments are usually rolled out in 30-day installments, and the nearly two-month extension threatens to undermine Trump’s repeated assertions that the country must reopen faster and that the health crisis is nearly over.

Sign up for Morning Defense, a daily briefing on Washington’s national security apparatus.

“I’m surprised,” Quinn said. “I think it’s a recognition that this is going to go on longer than expected.”

Another fight between states and federal government could erupt later this summer. New Hampshire’s Republican Gov. Chris Sununu has requested an extension of the federal deployment until Sept. 30, while Colorado officials asked for support through the end of the year. Dozens of House members urged the Trump administration in a recent letter to keep the federal deployment in place for as long as its emergency and disaster declarations are in effect.

Rep. Cheri Bustos (D-Ill.), who organized the letter, called the extension “a step in the right direction” but slammed the White House for “slow-walking” the decision and sowing uncertainty among the troops.

“It shouldn’t have taken this long or required public pressure,” she said. “Leadership means doing the right thing — even when no one is looking.”