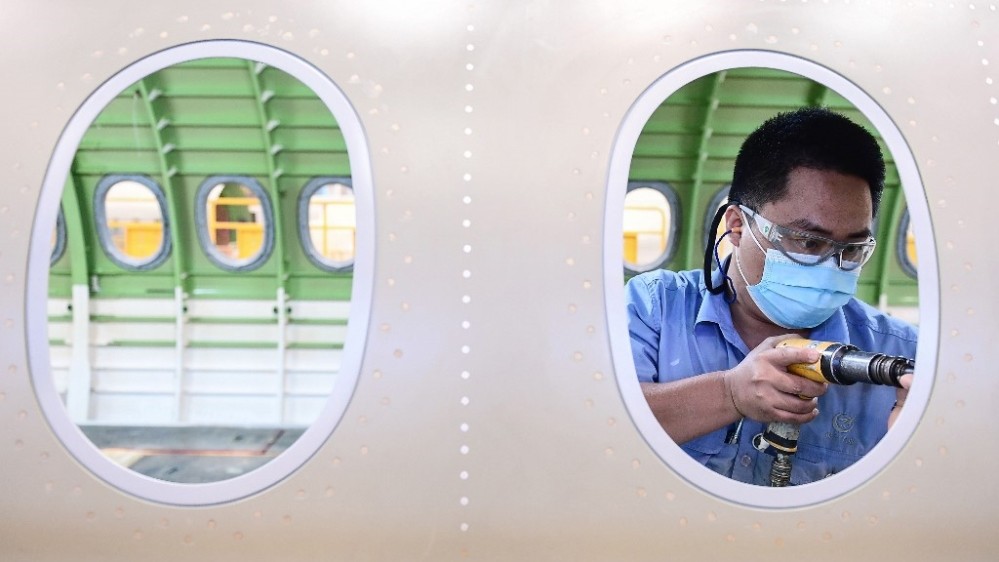 The World Health Organization (WHO) changed its position on face masks and is now encouraging people to wear them in crowded places, citing anecdotal evidence that supports their value in stopping the spread of the coronavirus.


United States President Donald Trump called for a shift in strategy against the coronavirus pandemic to focus resources on protecting “high-risk populations” while calling for a total end to stay-at-home orders in states throughout the country.


Brazil’s President Jair Bolsonaro threatened to pull his country out of the WHO, accusing the body of being “partisan” and “political”. With more than 34,000 coronavirus deaths, Brazil now has the third-highest toll in the world.


About 6.7 million coronavirus cases have been confirmed around the world, according to data from Johns Hopkins University. More than 394,000 people have died, including some 109,000 in the United States. More than 2.9 million people have recovered.

That will lift most restrictions on people traveling from Wuhan and the surrounding province of Hubei, where the virus first appeared late last year. They will no longer face 14-day mandatory quarantines and other forms of monitoring, and those currently in such situations will be allowed to return to their normal lives.

Beijing residential compounds will not be required to conduct temperature checks and masks no longer must be worn for outdoor activities. Kindergartens will reopen and other grades still suspended will restart classes.

Beijing has reported no new cases of local transmission in at least 50 days and as many as 90 days in some districts.

China advised its citizens not to visit Australia, citing racial discrimination and violence against Asians during the coronavirus pandemic.

A notice issued by the Ministry of Culture and Tourism late on Friday said there has “been an increase in words and deeds of racial discrimination and acts of violence against Chinese and Asians in Australia, due to the impact of COVID-19 pandemic”.

“The ministry advises Chinese tourists to raise their safety awareness and avoid travelling to Australia,” the notice said.

The move comes after China threatened retaliation following Australia’s decision to push for an international investigation into the origins of the coronavirus pandemic and responses to it.

China recorded three new confirmed cases of the new coronavirus as of the end of Friday, down from five the day before, the National Health Commission said.

All of the cases were imported, involving travellers arriving from abroad, the NHC said.

The total number of infections in China, where the virus first emerged late last year, stands at 83,030. With no new deaths reported, the death toll remained 4,634.

California broadly relaxed its coronavirus-related shutdowns, moving to allow professional sports to be played without audiences and reopen day camps, tribal casinos, museums and zoos as soon as June 12.

The most populous US state will also allow film, television and music production to restart, a key sector of the economy that provides thousands of jobs.

California Governor Gavin Newsom, left, helps pack up lunches to be delivered to needy senior citizens, along with Hot and Cool Cafe co-owner Shana Jenson, second on the left, on June 3, 2020 [Genaro Molina/ Pool via AFP]

In the decision, Minister Edson Fachin forbid raids on Brazil’s informal shantytowns “except in absolutely exceptional cases”, which must be preapproved by the state prosecutor’s office.

Rio’s police forces are notoriously violent, having killed over 1,800 people in 2019. In May, police in Rio drew criticism for an operation in which a 14-year-old boy was killed, as well as another shootout in a coronavirus-stricken favela, which drew hundreds into the streets.

Congressman Alessandro Molon, whose Brazilian Socialist Party (PSB) filed the suit that resulted in the decision, called the ruling “historic”.

President Jair Bolsonaro threatened to pull Brazil out of the WHO after the United Nations agency warned governments about the risk of lifting lockdowns before slowing the spread of the novel coronavirus.

Speaking to journalists, Bolsonaro accused the WHO of being “partisan” and “political”. He said Brazil will consider leaving the body unless it ceased to work “without ideological bias”.

Earlier on Friday, when asked about efforts to loosen social-distancing orders in Brazil despite rising daily death rates and diagnoses, a WHO spokeswoman said a key criteria for lifting lockdowns was slowing transmission.

“The epidemic, the outbreak, in Latin America is deeply, deeply concerning,” Margaret Harris told a news conference in Geneva. She said that among six key criteria for easing quarantines, “one of them is ideally having your transmission declining.”

The Group of 20 (G20) – a bloc whose member nations have the world’s largest economies – has pledged more than $21bn to fight the coronavirus, a statement by the group said early on Saturday.

“The G20, with invited countries, has coordinated the global efforts to support the fight against the COVID-19 pandemic. To date, G20 members and invited countries have pledged over US$21 billion to support funding in global health,” the statement said.

The pledges will be directed towards diagnostics, vaccines, therapeutics, and research and development, the statement added.

For all the updates from yesterday, June 5, go here.