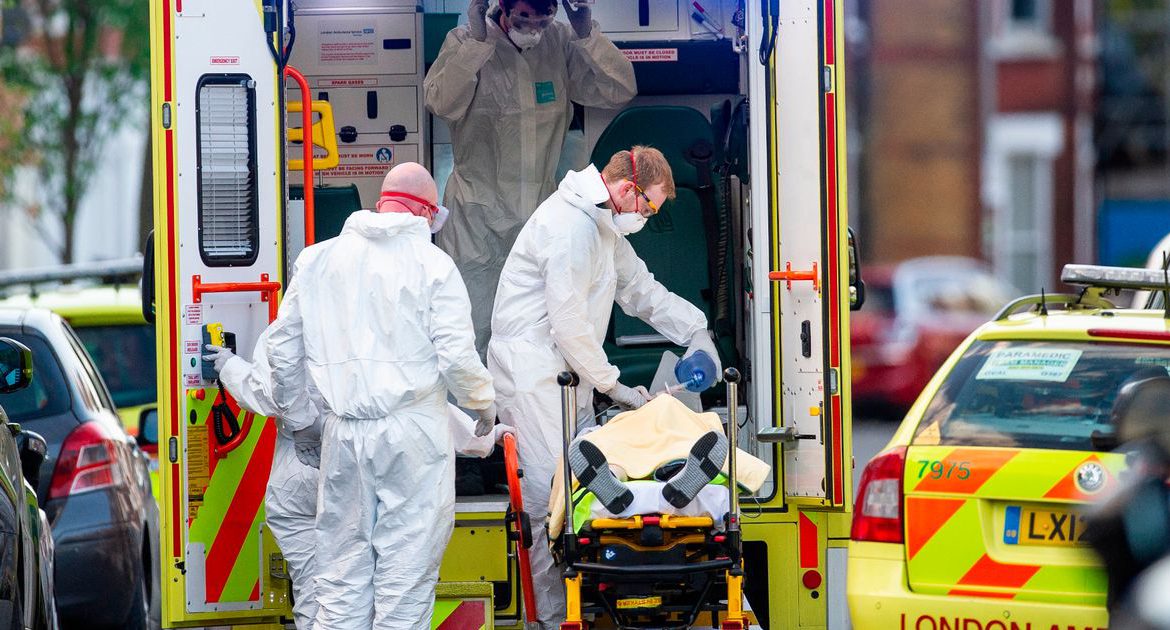 The decomposing bodies of people who have died of coronavirus alone at home have not been discovered for up to two weeks, doctors say.

Campaigners for the elderly said the revelation highlights how isolated some of the most vulnerable Britons have been during the lockdown, often too scared to visit a hospital or GP.

One doctor said some bodies are being found after neighbours reported foul smells coming from their homes.

Dr Mike Osborn, chair of the death investigation committee at the Royal College of Pathologists, told The Guardian: “People have lain undiscovered during the pandemic for seven to 14 days.

“I’ve seen plenty of such cases like this, where bodies are decomposed, in the Covid outbreak and also done postmortems in ‘query Covid’ cases [where the disease was suspected].”

For updates on coronavirus, follow our live blog HERE.

Despite decomposition making it hard to ascertain whether some deaths were brought about by Covid-19, doctors believe dozens of such cases have occurred in London, the newspaper reports.

A reported 700 deaths have occurred at home in London, in which cause of death has been confirmed as the virus or that it was a contributing factor, according to figures.

Caroline Abrahams, the charity director of Age UK, said: “It also underlines why it’s such a cause for concern that the NHS has seen a significant drop in the numbers seeking help for serious conditions, even heart attacks and strokes.”

While many such cases involved an elderly person living alone, other victims had mental health problems or severe learning difficulties, while others are believed to have suffered substance abuse.

Professor Martin Marshall, head of the Royal College of GPs, said the pandemic is “creating an epidemic of loneliness…and sadly there are some people who will fall through the net”.

He added that GPs are also finding similar cases in which people are succumbing to other conditions, including cardiac arrest.

“If people are choosing not to seek medical attention for non-Covid illnesses for fear of catching the virus, or because they are worried about being a burden on the NHS, then it is incredibly concerning.”

It comes as the number of coronavirus deaths in the UK increased by 77 – with no fatalities reported in Scotland for the first time since lockdown began.

The Department of Health says the death toll now stands at 40,542 – although figures from the Office for National Statistics suggest the real number is more than 50,000.

Almost half of people say the government is “not prepared” to avoid a second wave of  coronavirus, a new poll has found.

Some 47% said they believed the government is not “prepared to stave off a potential second wave of the pandemic,” according to the Redfield & Wilton Strategies poll of 1,500 British adults for the Sunday Mirror.

But a group of scientists believes a vaccine for  coronavirus  in the form of an inhaler could be ready by August.

Don't Miss it Former FDA Commissioner Gottlieb sees ‘a lot of risk’ of second coronavirus wave
Up Next What does China's Belt and Road Initiative mean for Europe? | DW News