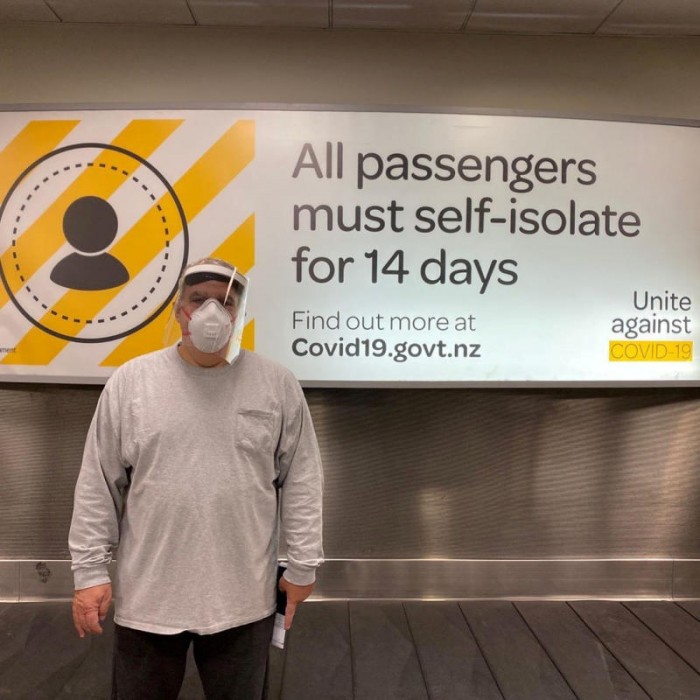 US producer Jon Landau poses in front of a sign while arriving at Wellington International Airport to resume the filming of the Avatar sequels, in Wellington, New Zealand, May 31, 2020, in this image obtained from social media. (Courtesy of Lightstorm Entertainment/Social Media via Reuters)

WELLINGTON: New Zealand will remove social distancing requirements after reporting zero active cases of Covid-19, indicating it has achieved its aim of eliminating the virus.

Prime Minister Jacinda Ardern said Monday that all remaining restrictions on people and businesses, other than strict border controls to keep the virus out, will be lifted at midnight tonight, paving the way for a resumption of normal life. The South Pacific nation earlier reported that the last of its coronavirus patients has recovered, making it one of the few countries in the world to have successfully eradicated the pathogen.

“We united in unprecedented ways to crush the virus,” Ardern said at a press conference in Wellington. “Our goal was to move out the other side as quickly and as safely as we could.”

New Zealand has pursued an explicit elimination strategy rather than seeking to merely suppress transmission of the virus. It enforced one of the strictest lockdowns in the world, asking everyone to stay at home and allowing only essential services to operate. While this has almost certainly triggered a deep recession, the government says elimination of the virus should allow the economy to recover more rapidly than many of its peers.

The seven-week lockdown ended May 14 and cabinet today decided it was safe to lower the nation’s alert level to 1, which allows the removal of the last remaining restrictions. People will only be asked to keep track of who they’ve met and where they’ve been to aid contact tracing if future cases emerge.

Moving to level 1 “is a statement that we have achieved the goal of eliminating the Covid-19 virus from this country,” said Michael Baker, Professor of Public Health at the University of Otago. “This is, however, only the first battle in what will be a long-term war against this virus. The threat from Covid-19 obviously remains while this pandemic continues across the globe.”

New Zealand recorded a total of 1,504 confirmed and probable cases of Covid-19 and 22 deaths. It hasn’t had a new case for 17 days.

Don't Miss it Drought, fires, floods and COVID-19: it's been a tough year for the NSW town of Cobargo | The Drum
Up Next Coronavirus live news: New Zealand ‘Covid-19 free’ as UK travel quarantine rules begin | World news 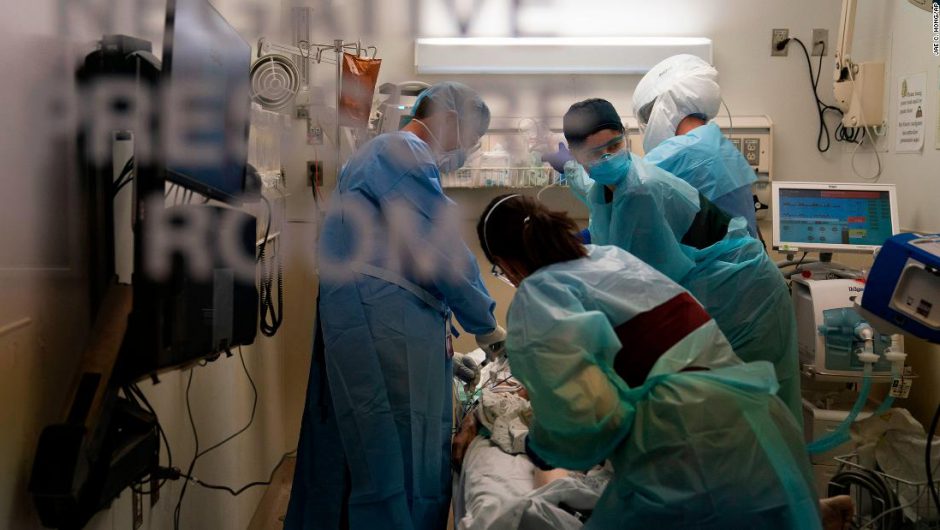 It is the third time there have been over 90,000 Americans hospitalized with Covid-19 — the first being Thursday with… 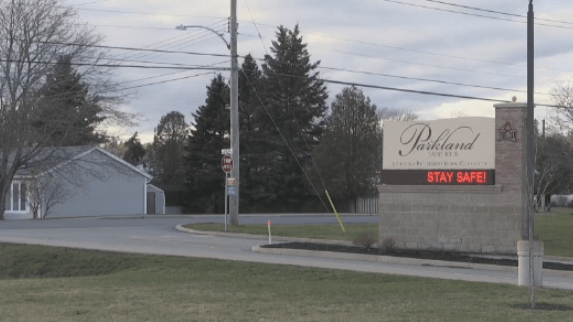