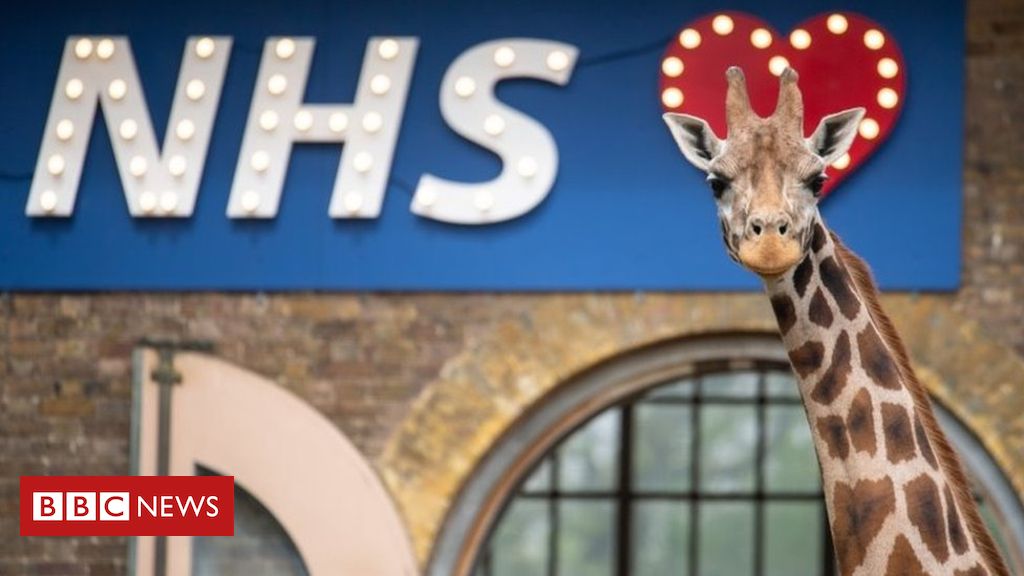 London Zoo had said it faced an “uncertain future”

Zoos, safari parks and drive-in cinemas are set to reopen in England from Monday, the PM is due to announce.

Boris Johnson is expected to outline the latest step in the easing of the coronavirus lockdown at Wednesday’s daily briefing.

He will say the outdoor attractions can reopen as long as they follow social distancing rules.

Some zoos, including Chester Zoo and London Zoo, have reported financial struggles during the pandemic.

The move will pave the way for zoos to reopen in England alongside non-essential shops, which can also open from 15 June.

Business Secretary Alok Sharma said on Tuesday “we continue to meet” the government’s five tests for lifting coronavirus lockdown restrictions, so retailers can open as long as they follow safety guidelines.

He also said pubs, bars, restaurants and hairdressers will not be able to reopen until 4 July “at the earliest”.

Meanwhile, Mr Johnson will face MPs on Wednesday at Prime Minister’s Questions, after the plan for the reopening of all primary schools in England by the summer was ditched by the government.

Earlier this week Chester Zoo – which has been closed since 21 March – said its future was “on a knife edge”, despite a government pledge to provide financial support.

On Wednesday, the prime minister is expected to announce that outdoor attractions where visitors remain in their cars can reopen because the risk of spreading the disease is lower outside.

However, zoos will be told that they must not reopen indoor exhibitions, such as reptile houses, and must ensure amenities including cafes are take-away only.

A Downing Street official said: “People are continuing to make huge sacrifices to reduce the spread of coronavirus and avoid a second spike, but we know it is tough and where we can safely open up more attractions, and it is supported by the science, we will do so.

“This is by necessity a careful process, but we hope the reopening of safari parks and zoos will help provide families with more options to spend time outdoors while supporting the industry caring for these incredible animals.”

Downing Street continues to emphasise that the UK government wants to move forward carefully in further easing the lockdown.

Wednesday’s announcement on zoos reflects the belief the risk of transmission is lower outdoors and is based on social distancing rules being followed.

We also know non-essential shops in England and Northern Ireland will reopen in the coming days (though we don’t know when this will happen in Scotland and Wales). Small parts of normal life are returning, even if they will likely feel quite different.

But while steps to reopen the economy are being taken, the slow progress on schools shows that coming out of lockdown is not always easy and not always in the hands of ministers.

The delay in getting primary school pupils back to classrooms in England is a reminder that practicalities – and in some cases public reluctance – are important too.

The government says it has already provided a £14m support fund for zoos.

They have also been eligible to apply for a “range of support schemes”, including business rate relief, during the pandemic.

Andrew Hall, spokesperson for Biaza – British and Irish Association for Zoos and Aquariums – said he was “delighted” with the announcement, but added the sector was “not out of the woods”.

“Aquariums are still closed, and zoos and safari parks have taken a real hit,” he said.

“For some zoos, particularly those reliant on tourism, reopening isn’t going to be financially viable for them.”

He said the announcement was “not the full answer” and government support would still be required, especially with limited entry.

He added: “Zoos and aquariums in Wales, Scotland and Northern Ireland will still be facing significant challenges and we will be working hard to achieve positive outcomes in these nations.”

Don't Miss it Coronavirus summary: Daily COVID-19 news for Thursday May 7 | ABC News
Up Next Six reminders the COVID-19 pandemic is far from over