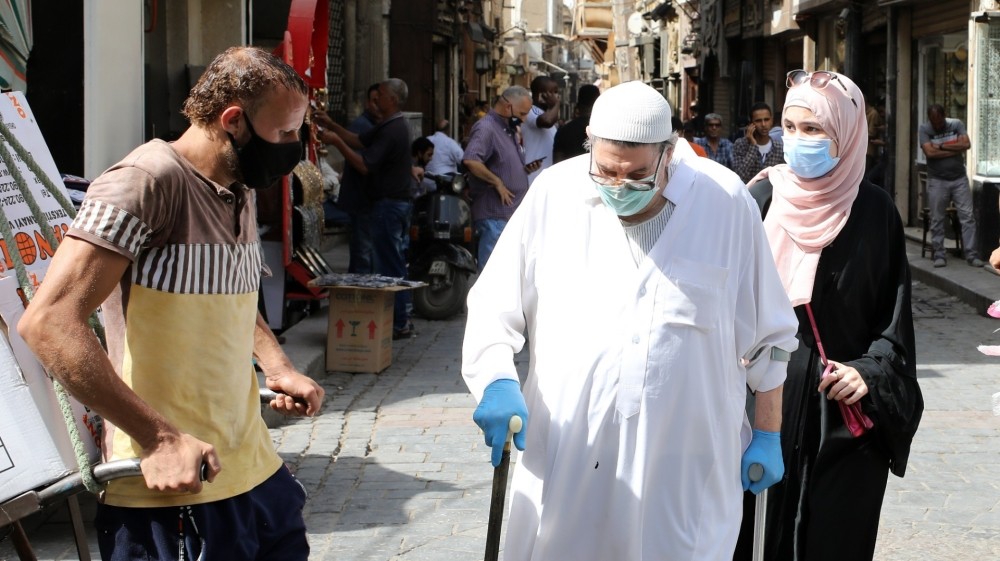 Egypt’s Health Ministry has announced 1,677 new confirmed cases of coronavirus – the highest 24-hour infection total since the virus was first detected in the country in mid-February.


African leaders say China will ensure the supply of 30 million testing kits and 10,000 ventilators each month for the African continent as the coronavirus pandemic accelerates there.


Brazil became the country with the second-highest coronavirus death toll in the world with 42,720 fatalities, surpassing the death toll of the United Kingdom and second only to the United States.

More than 7.75 million people have now been confirmed to have the coronavirus, and at least 429,000 have died, according to data from Johns Hopkins University.

China reported 57 new confirmed COVID-19 cases, and nine asymptomatic cases, for June 13, the highest since April 13, according to data released by the national health authority on Sunday.

The National Health Commission said in a statement that 38 of the new confirmed cases were locally transmitted, with 36 of them in Beijing. This is the highest daily infection count for China’s capital since authorities started releasing data. But there were no new reported deaths.

The total number of COVID-19 cases in mainland China now stands at 83,132, while the death toll remained unchanged at 4,634. China does not count asymptomatic patients, who are infected with the virus but do not display symptoms, as confirmed cases.

In a country that sees thousands of protests annually, the Council of State’s ruling allows demonstrations to resume as long as health protections are respected and the events are declared in advance to authorities and not deemed a risk to public order.

The council says that “the ban on protesting is not justified by the current health situation” and the right to protest is a “fundamental freedom.”

The ruling came as an unauthorised protest against police violence and racial injustice wound down in Paris. Police stopped at least 15,000 protesters from marching through the city Saturday, citing virus restrictions on any gathering of more than 10 people.

Protesters raise their fists during a march against police brutality and racism in Marseille, France on Saturday [Daniel Cole/AP]

Mexico’s health ministry reported 3,494 new confirmed coronavirus infections along with 424 additional fatalities on Saturday, bringing the total in the country to 142,690 cases and 16,872 deaths.

The government has said the real number of infected people is likely significantly higher than the official count, according to Reuters news agency.

Ukraine has recorded its highest daily count of new coronavirus infections for the third day in a row, more than double the count earlier in the month.

The health ministry on Saturday reported 753 new cases, compared with 683 the previous day.

Egypt’s Health Ministry has announced 1,677 new confirmed cases of coronavirus – the highest 24-hour infection total since the virus was first detected in the country in mid-February, according to The Associated Press news agency.

The ministry also reported 62 deaths from COVID-19, the disease that can be caused by the virus.

The figures raise Egypt’s coronavirus totals to 1,484 deaths and 42,980 confirmed cases. The ministry says 11,529 patients have been discharged from quarantine after their recovery.

Egypt is the Arab world’s most populous country, and it has the highest death rate from COVID-19 among Arab nations. It ranks third in the Middle East after Iran and Turkey.

You can find all the developments from yesterday, June 13, here.