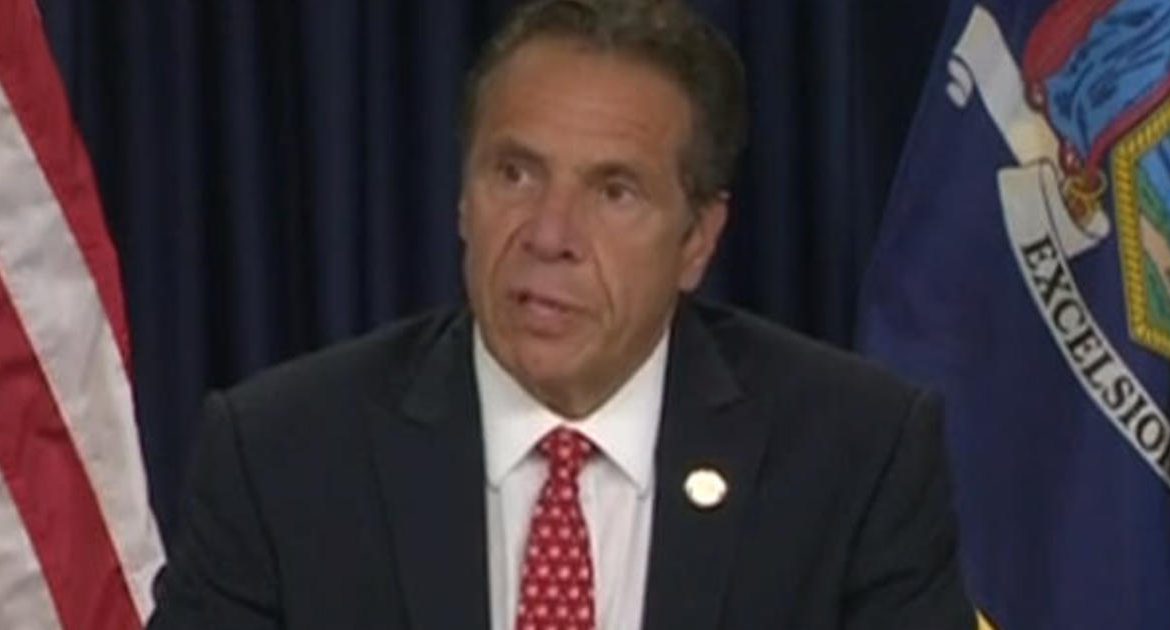 New York Governor Andrew Cuomo said at his coronavirus briefing Thursday that people in states with rising coronavirus cases could get on a plane and land in New York City, “and this could start all over again.”

“You look at what’s going on across the nation and people should be concerned,” he said. “You’re seeing the virus go up across this country.”

He said that concerns him both as an American and “on a parochial level,” and added: “This is a pivotal moment in this country.”

Cuomo also slammed the federal government’s response to the pandemic, calling its attitude on dealing with the virus “an undeniable mistake.”

“You now have a tale of two countries going on,” with “two very different situations” playing out nationwide.

While New York has the virus under control, other states like Texas and Florida don’t, he said. “And what happens if they get on a  plane and they come to JFK?” he asked, referring to John F. Kennedy International Airport in New York City. “So we get the infection rate down and then because other states are high we could have a problem.”

“This country has to wake up and smell the coffee.”

Cuomo advised businesses in New York City to plan on reopening Monday under phase 2 of the state’s reopening plan, but said a final decision on whether to move ahead will be made Friday.

He also issued a warning: “Businesses that violate health guidelines can face the immediate loss of their liquor license or a shut-down order.”

Businesses that violate health guidelines can face the immediate loss of their liquor license or a shut down order.

I’m also issuing an Executive Order holding bars responsible for the sidewalk/area in front of their establishments.

At an earlier press conference, New York City Mayor Bill de Blasio said restaurants and bars that serve food will be able to offer outdoor dining on Monday. They must follow social distancing rules and customers and employees will need to cover their faces when they’re within six feet of others,CBS New York reports.

“This is the greatest restaurant city in the world,” he said, according to the station.

Cuomo reported 29 COVID-19-related deaths statewide on Wednesday – an “uptick” from the 17 reported the day before. He also reported the lowest number of hospitalizations (1,358) since March 19, which was eight days after the World Health Organization declared the coronavirus outbreak a pandemic.