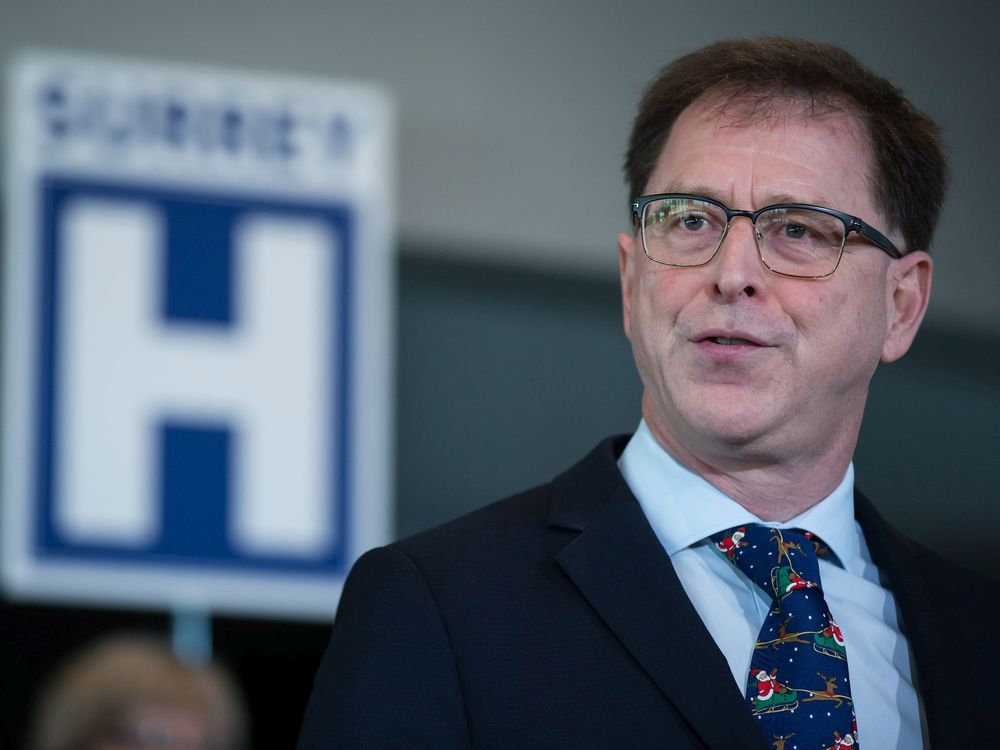 Vancouver is officially out of the running to be a hub city when the National Hockey League playoffs begin later this summer.

Thursday afternoon, Vancouver Canucks chief operating officer Trent Carroll indicated in a tweet that Vancouver’s chance of being a hub city was over and thanked the provincial government for their efforts.

The NHL has turned it’s attention to Toronto and Edmonton as a possible host, leaving B.C.’s health minister disappointed.

Speaking with reporters Thursday at the provincial legislature in Victoria, Adrian Dix was emphatic about the provincial government’s support for the Canucks’ plan to be one of the two hub cities.

Dix said that the same stringent protocols that have helped control COVID-19 during the past three months in B.C. is exactly the reason why the NHL should have wanted to play in Vancouver, not a reason to look for other jurisdictions that might have a more lenient approach.

The proposed format would have seen 12 teams stay in downtown Vancouver hotels, practise at the University of B.C. and play games, without fans, at Rogers Arena.

“There’s no breakdown,” Dix said about the notion the province and the league had been at odds over the health protocols that would be in place for the so-called bubble that would have been in place around the players and team officials, keeping them cordoned off from the public during their weeks-long stay in B.C.

“Vancouver — and anybody who’s paying any attention at all knows this — is the best possible place for them to come,” Dix insisted. “Because we enforce public health rules in British Columbia thoroughly and completely. This is the reason to come.”

According to reports, the NHL had been looking to see if it might be able to get a waiver of some sort from B.C.’s positive-test protocols.

One example pointed out was Ontario, where workers who test positive for COVID-19 but who are asymptomatic are still allowed to go to work.

“I don’t believe the advice would be any different. That would be pure speculation,” provincial health officer Dr. Bonnie Henry said Thursday of the idea that Alberta or Ontario might have more lenient approaches.

“I have been very supportive of the NHL approach and the plan the Canucks put together.”

Dr. Henry said there were a few examples in B.C. where asymptomatic workers had been allowed to return to work, but these were very specific cases.

The other issue is whether players and staff can be part of the same hub quarantine. The NHL is also interested in Ontario’s policy where someone who tests positive and is asymptomatic can still go to work. This would not be the case in BC. #bcpoli #canucks

Public health officials in B.C. have the power to close a business temporarily because of health concerns, such as the risk of a COVID-19 outbreak. NHL officials have said they do not believe one player testing positive would be grounds for a team to be prevented from playing on.

Officials in the NBA and in Major League Soccer have said similar things.

Dr. Henry confirmed Thursday that B.C. public health officials told the NHL it needed to prepare for the possibility of multiple tests and that they’d need to be ready to delay games in that case.

“We would take the health of the players and of the province as our primary concern,” she said. “I actually think that should be a positive for us … under no circumstances was I going to compromise in any way the health of people in this province.”

Dr. Henry also noted that while most young people who become infected with COVID-19 don’t suffer from serious symptoms, some still do. That some coaches and managers are older, and thus being at greater risk should they be infected, was also a concern.

“I wouldn’t be comfortable voting at this particular time,” Price said during a video conference from Kennewick, Wash. “There’s still a lot of questions that need to be answered. We’re in a unique situation.

“The NHL and the NHLPA are trying to make the best of a very difficult situation and … I’d like to play, but we have a lot of questions and a lot of scenarios that have to be covered before I vote yea or nay.”

Tourism minister Lisa Beare expressed her disappointment in Vancouver being taken out of the running but praised the Canucks’ efforts.

“British Columbia has a record of success hosting high-profile sport events, including the 2010 Olympic Winter Games, 2019 World Junior Ice Hockey Championship and World Rugby Sevens series. Being a potential host has helped highlight the province as a world-class sports destination, and I look forward to future opportunities to bring professional sporting events to our province,” she said in a statement.

Dix echoed Beare and said he was “very proud” of the efforts the Canucks made in putting together their plan.

But he also compared the low infection rate in B.C. with the much more serious situation in the United States, including in states that have also been in consideration by the NHL as options for hub cities.

“I love the NHL. I love the idea of hockey coming here, but I’m also the minister of health, and the players and the fans and those working at the arenas and everyone in British Columbia expects the rules to apply to everybody. And that’s our advantage in this. It’s not our disadvantage in this,” Dix said, before the Canucks made their announcement.

“The NHL will make its own decisions. They are very intelligent people. They have their own considerations, considerations which might make Las Vegas or somewhere else a better location than Vancouver.

— With files from Rob Shaw and the Montreal Gazette

Is there more to this story? We’d like to hear from you about this or any other stories you think we should know about. Email vantips@postmedia.com