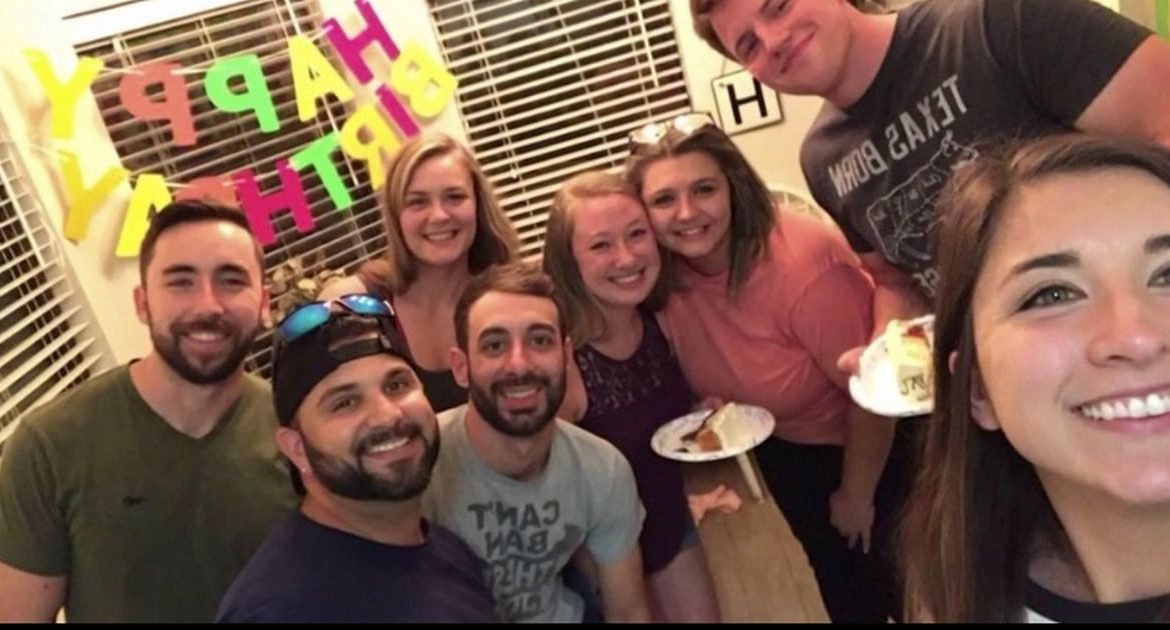 Footage has emerged of a surprise birthday bash that resulted in 18 relatives being infected with coronavirus including two people in their 80s.

The chilling video clip shows the family celebrating at the party in Carrollton, Texas, completely unaware a relative who had no idea they had the killer virus was among them.

The undiagnosed partygoer had turned up with seven other family members at the party on May 30, ABC reported.

Despite claims they were social distancing seven out of the 25 people at the bash contracted Covid-19 and passed it onto another 10 relatives, leaving a total of 18 family members infected.

In addition to the two elderly relatives, others who were infected include a cancer patient, two young children and two grandparents.

Three ended up in hospital including Kathy Barbosa, who is suffering from breast cancer, and her parents.

Ron Barbosa, Kathy’s brother, said that she went to the party and contracted coronavirus while undergoing chemotherapy even though she had been socially distancing outside on a porch.

Ron, who is married to a doctor, refused to attend the party for his daughter-in-law because of safety concerns amid the pandemic.

He said that Kathy is said to be recovering and feeling better.

Ron and Kathy’s mum Carole is also in hospital after she is believed to have been infected when she popped into the party to drop something off.

She subsequently passed it on to her husband Frank and they were hospitalised four days apart with Carole being admitted first on June 13.

Ron said his dad is currently on life support in an Intensive Care Unit and may be on a ventilator soon.

He added: “My dad’s hanging on by a thread.

“They’re saying this is one of the last straws for my dad.”

Ron said that,despite everyone doing their best to stay socially distanced it wasn’t enough at the party which according to the states current health standards “appeared harmless”.

Texas has seen an increass in coronavirus cases this week – with 4,389 patients currently hospitalised.

He added: “We will most certainly see more people die as a result of this spike.

“It is possible to open up at a judicious pace and coexist with the virus, but it requires millions and millions of people to do the right thing.”