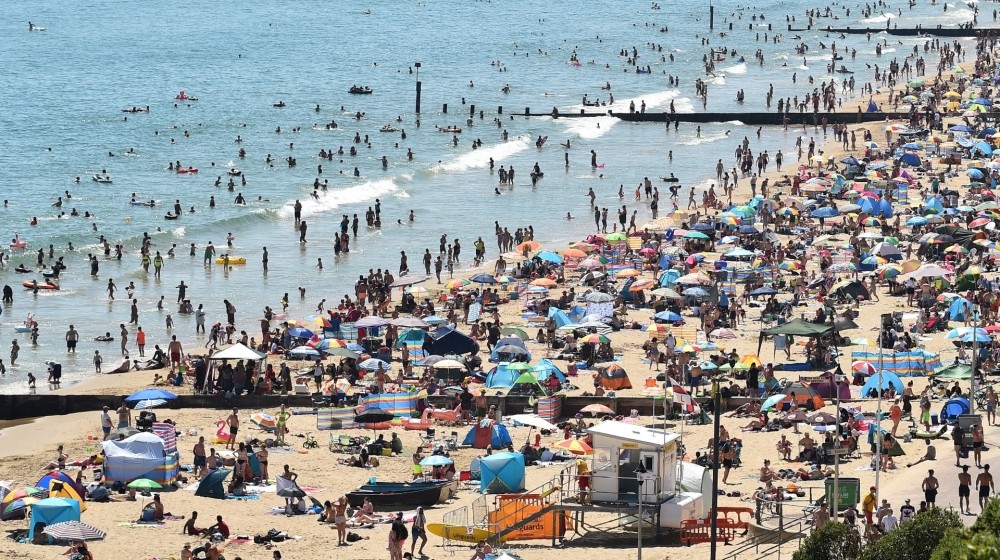 United States health officials believe as many as 20 million Americans have contracted the coronavirus. That’s nearly 10 times as many infections as the 2.3 million cases that have been confirmed.
The pandemic is getting worse globally, with the number of infections expected to reach 10 million next week, World Health Organization (WHO) head Tedros Adhanom Ghebreyesus has said.
More than 9.6 million people around the world have been diagnosed with COVID-19, while nearly 4.8 million have recovered, and more than 489,000 have died, according to Johns Hopkins University.

China reported a further decline in newly confirmed cases of the coronavirus on Friday, with 13 cases.

Eleven were in Beijing, where mass testing has been carried out following an outbreak that appears to have been largely brought under control.

The other two cases were brought by Chinese travelers from overseas, according to the National Health Council.

The number of US coronavirus infections rose by at least 39,818 cases at the end of Thursday, according to a Reuters news agency tally, marking the biggest daily increase in the country since the start of the pandemic.

Nearly 1.1 million coronavirus relief payments totaling some $1.4bn went to dead people in the United States, according to a new government watchdog study.

The finding came in a Government Accountability Office report that reviewed payments from a $2.4 trillion coronavirus relief package enacted in March. The erroneous payments were made because of confusion over whether dead people should receive payments, the report said.

While the government has asked survivors to return the money, it is not clear they have to.

Mexico pushed past 25,000 reported coronavirus deaths and 200,000 confirmed cases on Thursday, as the finance minister said he tested positive and would self-isolate while working from home.

The Health Department reported 6,104 newly confirmed infections, one of the highest 24-hour counts so far. That brought the country’s confirmed cases to 202,951. Deaths increased by 736, bringing the total since the pandemic began to 25,060.

Herrera said he had only “minor symptoms”.

Sabina Hernandez Bautista, 59, prepares food in a stall inside Mexico City’s Mercado San Cosme, where some vendors have put in place their own protective measures against coronavirus while others continue to work without masks or barriers [Rebecca Blackwell/ AP]

Nike lost $790m in the fourth quarter, with soaring digital sales failing to make up for the loss of revenue from shuttered stores in most of the world.

The world’s largest sports apparel maker said its revenue fell 38 percent to $6.31bn in the three-month period ending May 31.

Nike said 90 percent of its stores in North America, Europe and Latin America were closed during the period because of the coronavirus pandemic. Sales fell 46 percent in both North America and Europe, but just 3 percent in China as stores reopened there.

01:25 GMT – WHO warns of ‘very significant’ resurgence in Europe

Dr Hans Henri P Kluge, the World Health Organization regional director for Europe, expressed concern over a resurgence of coronavirus infections on the continent, saying that last week, Europe saw an increase in weekly cases for the first time in months.

“Some 30 countries have seen increases in new cumulative cases over the past two weeks,” he said in a statement. “In 11 of these countries, accelerated transmission has led to very significant resurgence that if left unchecked will push health systems to the brink once again in Europe.”


Queues ramp up at Mexican food banks as COVID hits the poor (2:23)

Fewer than one in a hundred children who test positive for COVID-19 end up dying, though a small but significant percentage develop severe illness, according to a new Europe-wide study.

A team of researchers led by experts in the United Kingdom, Austria and Spain looked at the outcomes of 582 children under age 18 who were infected with the new coronavirus, and found more than 60 percent required hospital treatment and 8 percent needed intensive care.

On the other hand, more than 90 children, or 16 percent, showed no symptoms at all.

Marc Tebruegge, from University College London’s Great Ormond Street Institute of Child Health, said that while the results shouldn’t be extrapolated for the general population, they were nevertheless reassuring.

“The case fatality cohort was very low and it is likely to be substantially lower still, given many children with mild disease would not have been brought to medical attention and therefore not included in this study,” he said.

“Nevertheless, a notable number of children do develop severe disease and require intensive care support,” said Tebruegge, “and this should be accounted for when planning and prioritising healthcare resources as the pandemic progresses.”

You can find all the key developments from yesterday, June 25, here.