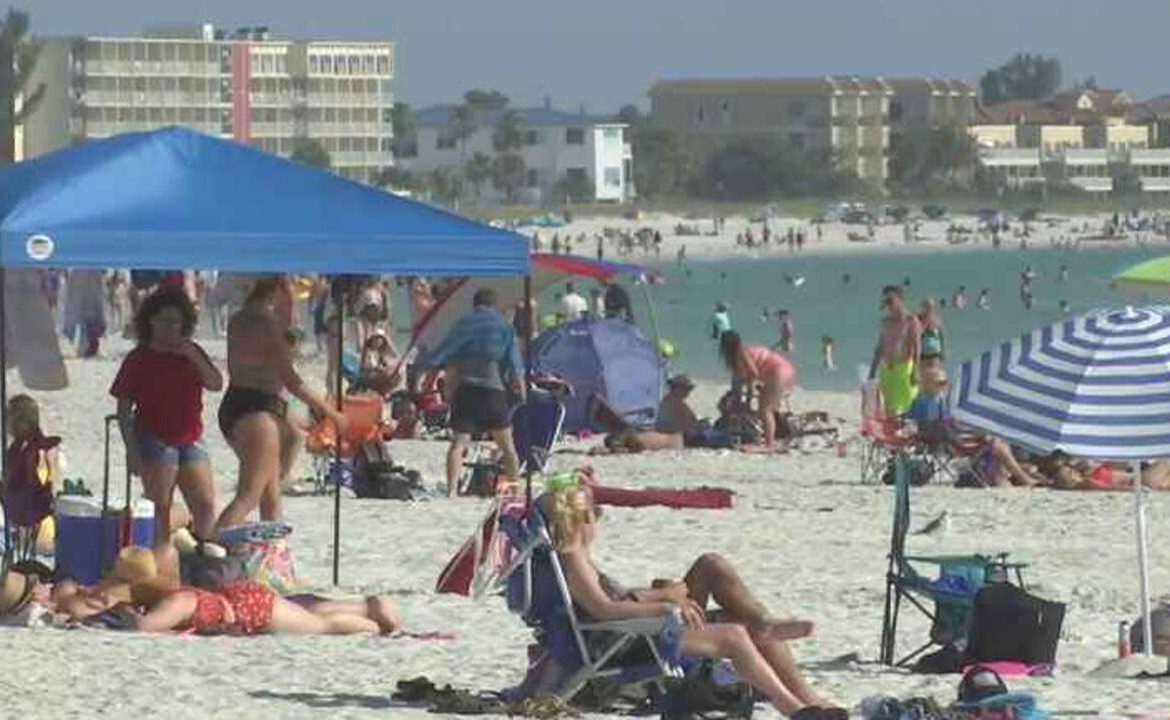 According to John Hopkins University data, the U.S. reached 2,507,874 cases — accounting for a quarter of the world’s almost 10 million cases.

Several states around the U.S. — including Florida, Texas and Arizona — saw alarming new records in their daily coronavirus infection rates, with Florida reporting 20 percent of the country’s 45,000 daily increase on Saturday.

Miami-Dade Mayor Carlos A. Gimenez announced that all beaches in his county will be closed July 3 through July 7, and potentially longer.

“The closure may be extended if conditions do not improve and people do not follow New Normal rules requiring masks to be worn always inside commercial establishments and outdoors when social distancing of at least 6 feet is not possible,” Gimenez told Floridians in a statement Friday.

The state’s alcohol regulatory board also announced a statewide ban on in-person alcohol consumption in bars.

State officials believe the spike in cases is attributed to young demographics meeting in social settings without practicing the Centers for Disease Control and Prevention (CDC) guidelines of keeping a 6-foot distance and wearing a mask, as the guidelines are not enforced statewide.

Florida Gov. Ron DeSantis said in a press briefing Friday that he does not believe instituting a statewide regulation on masks is the right decision to make.

“We’ve advised that’s something that could make an impact,” DeSantis said. “At the same time, to do police and put criminal penalties on that is something that probably would backfire.”

Texas Gov. Greg Abbott announced this week that the state is pausing all reopening plans at this time, in an attempt to stunt the rapid increase in coronavirus cases seen recently.

The governor on Friday signed an executive order suspending rafting and tubing businesses. Bars and similar establishments that receive more than 51 percent of their gross business from the sale of alcoholic beverages were also forced to close, to the dismay of many business owners.

Arizona Gov. Doug Ducey, who lifted the state’s stay-at-home orders in May, is now asking residents to again stay home to prevent a larger increase in cases.

Arizona reported 3,600 new cases Saturday and is ramping up the state’s hospital preparedness.

Vice President Mike Pence, the leader of the White House Coronavirus Task Force, was asked this week if he saw a correlation between the states that reopened early and the states now seeing spikes in coronavirus cases.

“I think there will be a temptation for people to look at these Sunbelt states that have been reopening and putting people back to work and suggest that the reopening has to do with what we’re seeing in the last week or so,” Pence said.

Pence announced that he was postponing his campaign tour in Florida and Arizona on Saturday, due to the rising COVID-19 numbers in those states.

However, a spokesperson for Pence told Fox News that he will still be traveling to Florida, Texas and Arizona next week to meet with governors and assess the situation on the ground.