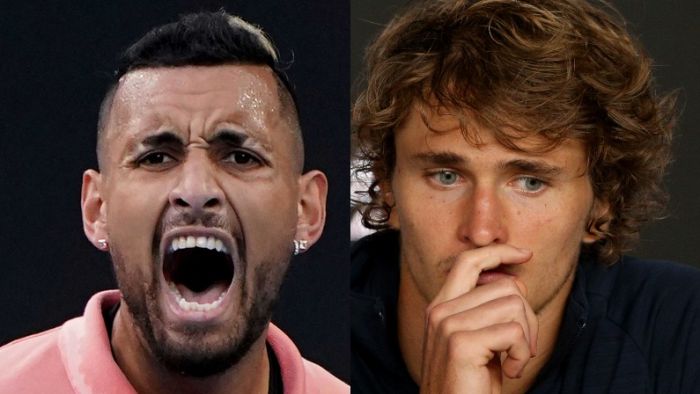 The European Union (EU) has confirmed Australia is on its list of 14 countries whose citizens will be allowed to visit the bloc from today.

Meanwhile Nick Kyrgios has dismissed Boris Becker as a “doughnut” after being branded a rat by the tennis legend for calling out Alexander Zverev after the German failed to isolate after being exposed to COVID-19.

This story was last updated at 12:30am

The European Union (EU) has confirmed its list of 14 countries whose citizens will be allowed to visit the bloc from today.

Australia has been included, along with Canada, Japan, Morocco and South Korea, the BBC reports.

However Australians at home still cannot travel abroad for holiday purposes with citizens still barred from leaving the country unless they have very specific circumstances, such as essential business in critical industries, to deliver aid abroad, travel in the national interest and unavoidable personal business.

Meanwhile the US, China and Brazil have been left off the list.

The EU has suggested it will add China once the Chinese Government offers a reciprocal deal for EU travellers.

The US, China and Brazil have been left off the safe travel list.(AP: Joan Mateu)

Border controls have been lifted inside the EU, meaning tourists can travel freely between countries once inside.

Anyone from the UK will be treated in the same way as EU citizens until the end of the Brexit transition process, on December 31.

However, the British Foreign Office still advises against travel. Anyone arriving in the UK still has to quarantine for two weeks.

Overseas travel from Australia is still banned without special exemptions.

Kyrgios hits back at Becker, calling him a ‘doughnut’

Nick Kyrgios has dismissed Boris Becker as a “doughnut” after being branded a rat by the tennis legend for calling out the antics of German ace Alexander Zverev.

Videos emerged on Monday of Zverev partying in Monaco just days after being swept up in Novak Djokovic’s Adria Tour debacle.

Zverev had pledged to self-isolate after featuring in the ill-fated tour that led to Djokovic, his wife, three more players and others testing positive for coronavirus.

A stunned Kyrgios labelled Zverev selfish and called the world No.7 tennis player out on social media.

But six-times grand slam winner Becker was none too happy with the Canberran”s comment.

“Don’t like no #rats ! Anybody telling off fellow sportsman/woman is no friend of mine! Look yourself in the mirror and think your better than us…@NickKyrgios @farfetch,” Becker tweeted on Tuesday night.

“We all live in the pandemic called #Covid_19 ! It’s terrible and it killed to many lives…we should protect our families/loved ones and follow the guidelines but still don’t like #rats @NickKyrgios @farfetch.”

Kyrgios was quick to strike back.

“Rats? For holding someone accountable? Strange way to think of it champion, I’m just looking out for people. WHEN my family and families all over the world have respectfully done the right thing. And you have a goose waving his arms around, imma say something,” he replied before following up with a second serve.

“Boris Becker is a bigger doughnut than I thought. Can hit a volley, obviously not the sharpest tool in the shed though.”

The slanging match continued with Becker, a six-times grand slam champion and former world No.1, saying: ‘Your funny guy ….how is it down under? Respect all the guidelines?”

“Haha nah bro I’m good, don’t act like you’re my friend now because you got sat down,” Kyrgios responded.

Zverev had been widely condemned after being filmed dancing in a crowded room in Moncao, prompting Kyrgios to take the 22-year-old to task on Instagram.

Tokyo says it will move away from numerical targets to contain COVID-19 and rely more on the advice of a committee of experts, to try and avoid another economic slowdown.

The city of 14 million has sought to keep new cases below 20 per day since Japan lifted a state of emergency on May 25, but has had five straight days of more than 50 new cases as of Tuesday, when 54 infections were reported.

Tokyo is two weeks into a final phase of loosening coronavirus restrictions and officials have repeatedly said they see no need to declare a new state of emergency.

They also say the medical system can handle current cases and that increased testing partly explains the rising infections.

Tokyo, like the rest of Japan, has so far had a lower rate of infection than many countries.

Coffee connoisseurs across the world prize Costa Rica’s gourmet beans, but local farmers are warning that if a coronavirus-induced foreign labour shortage is not resolved soon, the raw material used to make countless lattes and espressos could spoil on the bush.

The prospect of a bumper crop this year for the relatively small Central American coffee producer has grown bittersweet as fears grow the harvest may not be picked by workers, who are mostly from Nicaragua and Panama.

Farmers blame travel restrictions imposed by the Government to bar potentially infected visitors from southern neighbour Panama, where the virus has spread widely, and from northern neighbour Nicaragua, where lax containment measures have likely caused a much bigger-than-reported outbreak.

Workers from Panama and Nicaragua typically account for about two-thirds of Costa Rica’s coffee crop workforce.

“We’re extremely worried. We depend on foreign labour to pick our coffee and now we don’t know if we can count on it,” said Geovanny Rodriguez, a farmer from Santa Maria de Dota, in the mountainous Los Santos region, about 64 km south of the capital, San Jose.

While Costa Rica’s coffee exports of around 1 million 60-kg bags are just a drop in global sales, its fine Arabica beans are a staple of the gourmet market.

Mr Johnson is looking to move past criticism of his Government’s handling of the pandemic with a plan to repair the economic damage and reshape the country.

“We cannot continue simply to be prisoners of the crisis,” Mr Johnson said.

“We must work fast because we’ve already seen the vertiginous drop in GDP and we know that people are worried now about their jobs and their businesses.”

Promising not to cut spending, he compared his plan to then US President Franklin D. Roosevelt’s 1930s “New Deal”, which included job-creating public works projects to help the United States recover from the Great Depression.

Don't Miss it Terrified staff at coronavirus-hit Wrexham food factory beg bosses to shut down after 237 cases
Up Next Coronavirus mutation may have made virus more contagious: report