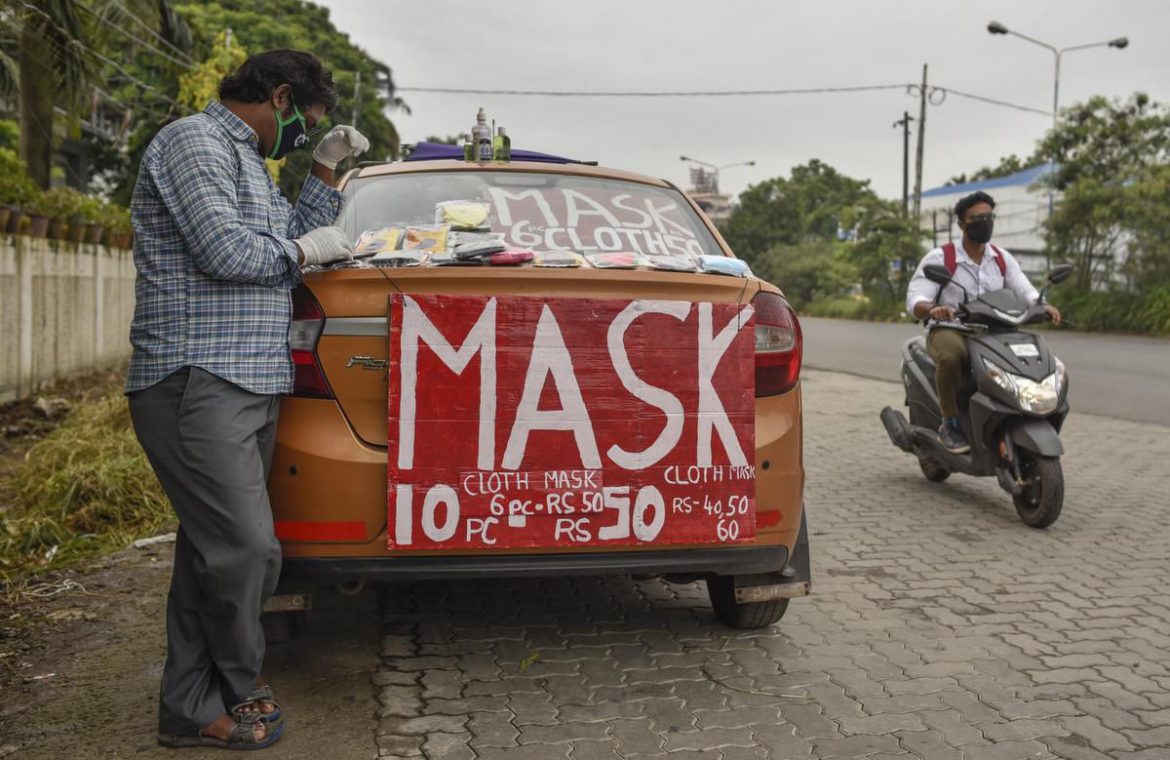 7:01 a.m.: President Donald Trump’s July Fourth celebration on the National Mall will feature one of the largest fireworks displays ever and as many as 300,000 face masks will be given away to those who want them — but despite health concerns from D.C.’s mayor, no one apparently will be required to wear them.

Trump made no mention of the masks or of the pandemic overall in a tweet Wednesday on his Independence Day pIans. He thanked corporate donors for supporting “what will, without question, be a special evening.”

6:52 a.m.: More than three million Canadians either lost their jobs or had their hours significantly reduced due to COVID-19, according to Statistics Canada.

And now that economies across the country are reopening, some people are looking to change course, having realized their careers aren’t as viable as they may have been pre-pandemic, the Star’s Rosa Saba writes on why these Canadians are now looking to switch careers entirely.

WhiteFeather Hunter has been battling with persistent symptoms consistent with the novel coronavirus for months but was not initially tested for the virus when she fell ill in March.

She’s not alone. Alongside 51 other Canadians, Hunter has signed an open letter to Dr. Theresa Tam and each provincial chief medical officer calling for support for those struggling with persistent COVID-19 symptoms.

The group, who connected through an online support network for those who contracted the virus, are asking for the greater public awareness about the possibility of prolonged symptoms.

Read the full story on people who were unable to get tested for COVID-19 in the early days of the pandemic from the Star’s Jenna Moon.

6:04 a.m.: The TTC’s pandemic recovery plans will enter a crucial new phase on Thursday, when the transit agency will start requiring its passengers to wear masks, and will lift restrictions instituted earlier in the crisis to allow for social distancing on its buses.

The changes come as ridership, particularly on the bus network, continues to rebound from the dramatic drop caused by the pandemic, a trend that has made eliminating crowding increasingly difficult and compelled the agency to institute other measures to contain the spread of the virus.

Read the full story from the Star’s Ben Spurr.

David Clark had earlier described himself as an “idiot” for breaking the nation’s lockdown measures and then last week appeared to blame a beloved health official for border lapses, generating an angry response from the public. Clark said he was becoming a distraction from the country’s virus response.

5:13 a.m.: China reported three new cases of coronavirus, including just one case of local transmission in the capital Beijing, appearing to put the country where the virus was first detected late last year on course to eradicating it domestically, at least temporarily.

5:10 a.m.: South Korea reported 54 new cases as the virus continues to spread beyond the capital area and reach cities like Gwangju, which has shut schools and tightened social restrictions after dozens were found infected this week.

Health Minster Park Neung-hoo during a virus meeting expressed alarm over the rise of infections in Gwangju, which had one of the smallest caseloads among major South Korean cities before this week. Park urged the city’s residents to refrain from unnecessary gatherings, maintain distance from others and wear masks.

5:04 a.m.: The Philippine government is shifting defence spending and putting on hold military modernization projects to help finance the response to COVID-19. Defence Secretary Delfin Lorenzana told a news forum that $260 million from his department’s budget was shifted to the pandemic campaign.

Defence spokesman Arsenio Andolong told The Associated Press the country’s military modernization program may be set back by up to three years after its annual allocation was also slashed by $348 million, which will be used to fight the virus.

5 a.m.: India’s number of coronavirus cases passed 600,000 on Thursday with the nation’s infection curve rising and its testing capacity being increased.

A total of 17,834 people have died so far due to the virus, according to India’s Health Ministry.

More than 60 per cent of the cases are in the worst-hit Maharashtra state, Tamil Nadu state, and the capital territory of New Delhi.

However, the western beach of state of Goa, a popular backpacking destination, opened for tourism on Thursday with the state government allowing 250 hotels to reopen after more than three months. Tourists will either have to carry COVID-19 negative certificates or get tested on arrival.

4 a.m.: A new mobile app meant to help with contact tracing of COVID-19 cases won’t roll out across Ontario today as planned.

A spokeswoman for the Ministry of Health says the province is still working with the federal government and the app is expected to launch soon.

The province will be the first to use the COVID Alert app, but Prime Minister Justin Trudeau has said it should be ready for downloading in the rest of the country later this summer.

He’s previously said it could play a key role in helping contain the spread of COVID-19 as more businesses reopen their doors.

12:05 a.m.: California closed bars, theatres and indoor restaurant dining all over again across most of the state Wednesday, and Arizona’s outbreak grew more severe by nearly every measure as the surging coronavirus crisis across the South and West sent a shudder through the country.

The run-up in confirmed cases has been blamed in part on what’s been called “knucklehead behaviour” by Americans not wearing masks or obeying social-distancing rules as economies reopened from coast to coast over the past two months.

“The bottom line is the spread of this virus continues at a rate that is particularly concerning,” California Gov. Gavin Newsom said in dramatically expanding the round of closings he announced over the weekend.

The shutdown announcement, which came just ahead of what is expected to be a busy Fourth of July weekend that could fuel the spread of the virus, applies to 19 counties encompassing nearly three-quarters of California’s 40 million people, including Los Angeles County.

Confirmed cases in California have increased nearly 50% over the past two weeks, and COVID-19 hospitalizations have gone up 43%. Newsom reported nearly 5,900 new cases and 110 more deaths in 24 hours.

Thursday 7:33 p.m.: The Cuban government opened the island’s northern and southern cays to tourism Wednesday amid strong measures to contain the coronavirus pandemic, which forced the country to shut down travel in late March.

Cuba, which according to official figures has had 2,348 cases of COVID-19 and has had 86 deaths, is seeking to attract international tourists to the island’s many cays.

Tourists will undergo a rapid PCR test upon arrival to identify possible infections and will not be able to visit the big island itself. Cuban nationals are prohibited from having contact with foreigners and from staying in hotels equipped for international tourism, the official press reported.

Cuban-Americans will not be able to travel to visit their relatives until the island is fully open to tourism. The government has not announced dates for a full opening.

Don't Miss it One third of people who test negative for coronavirus actually have it, say Welsh doctors
Up Next Thomas Macias posted he regretted attending a party. He died of coronavirus the next day