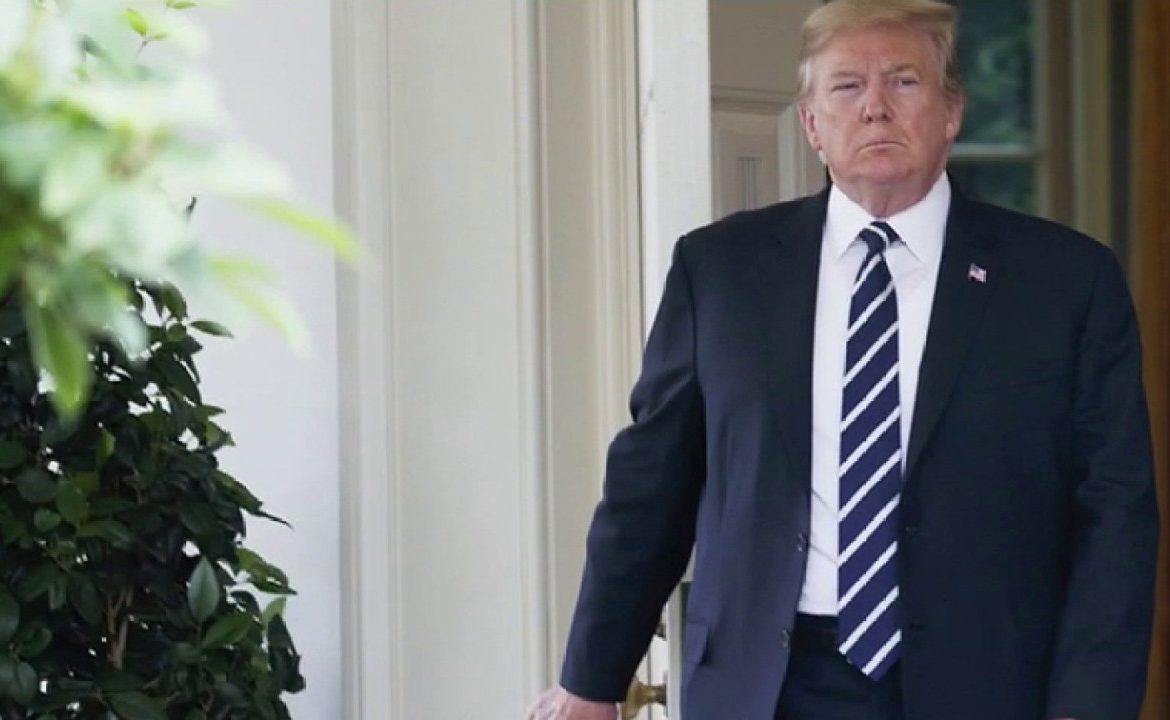 “Our results do differ from some other studies,” Dr. Marcus Zervos, who heads the hospital’s infectious diseases unit, said at a news conference. “What we think was important in ours … is that patients were treated early. For hydroxychloroquine to have a benefit, it needs to begin before the patients begin to suffer some of the severe immune reactions that patients can have with COVID.”

A statement from the Trump campaign hailed the study as “fantastic news.”

“Fortunately, the Trump Administration secured a massive supply of hydroxychloroquine for the national stockpile months ago,” a statement read. “Yet this is the same drug that the media and the Biden campaign spent weeks trying to discredit and spread fear and doubt around because President Trump dared to mention it as a potential treatment for coronavirus.”

It added: “The new study from the Henry Ford Health System should be a clear message to the media and the Democrats: stop the bizarre attempts to discredit hydroxychloroquine to satisfy your own anti-Trump agenda. It may be costing lives.”

The findings, conservatives said, highlighted efforts by media partisans to undermine confidence in the drug simply to undercut the president.

“So fewer people died because they took the drug @realDonaldTrump  suggested…. Thank you, POTUS for doing the right thing even in the face of a DC culture attacking you no matter what you do,” wrote former Acting Director of National Intelligence Richard Grenell.

At a March 19 White House briefing, Trump had remarked: “Now, a drug called chloroquine, and some people would add to it, hydroxychloroquine, so chloroquine or hydroxychloroquine … [has] shown very encouraging, very, very encouraging early results.” The president acknowledged that the drug may not “go as planned” and that more testing was needed, but that “we’re going to be able to make that drug available almost immediately.”

“Trump peddles unsubstantiated hope in dark times,” read a March 20 “analysis” by CNN’s Stephen Collinson. Saying Trump was “adopting the audacity of false hope” and embracing “premature optimism,” Collinson charged that “there’s no doubt he overhyped the immediate prospects for the drug” because the FDA had not provided an explicit timeline on approving the drug to treat coronavirus.

The media onslaught continued. “Trump is giving people false hope of coronavirus cures. It’s all snake oil,” read one Washington Post headline. Added the Post’s editorial board: “Trump is spreading false hope for a virus cure — and that’s not the only damage.”

“The most promising answer to the pandemic will be a vaccine, and researchers are racing to develop one,” the paper insisted, although it is not staffed with medical experts. “Mr. Trump’s inappropriate hype has already led to hoarding of hydroxychloroquine and diverted supplies from people with other maladies who need it. His comments are raising false hopes. Rather than roll the dice on an unproven therapy, let’s deposit our trust in the scientists.”

“There are no approved therapies or drugs to treat COVID-19 yet, but the president hypes preliminary chloroquine trials at White House briefing and unproven remedies on Twitter,” the paper wrote, just days before the FDA would approve the drug.

Communications strategist Drew Holden flagged these and numerous other examples of media misinformation on the matter in a lengthy Twitter thread.

The New Yorker pondered “The Meaning of Donald Trump’s Coronavirus Quackery,” observing that Trump’s “pronouncements are a reminder, if one was needed, of his scorn for rigorous science, even amid the worst pandemic to hit the U.S. in a century.”

The New York Times’ Kurt Eichenwald reported that a “Louisiana MD” on the “front lines of the COVID-19 fight” had told him that “Hydroxychloroquine doesn’t work” and that “amateurs who dont [sic] understand research” were driving up demand for the drug. (“Count me skeptical of your source here, Kurt,” Holden wrote.)

Vox mocked Trump’s “new favorite treatment” for the drug and said the evidence is “lacking” that it works.

The media retreated somewhat from this narrative as more positive evidence emerged.

“Malaria Drug Helps Virus Patients Improve, in Small Study,” The New York Times reported in April, adding: “A group of moderately ill people were given hydroxychloroquine, which appeared to ease their symptoms quickly, but more research is needed.”

Michigan Gov. Gretchen Whitmer, a Democrat, went from threatening doctors who prescribed the drug with “administrative action” to requesting that the federal government ship her state some. Other state leaders have followed suit, including Nevada Gov. Steve Sisolak, also a Democrat.

And, an international poll of thousands of doctors rated hydroxychloroquine the “most effective therapy” for coronavirus.

The Food and Drug Administration halted the emergency use authorization for the drug earlier this month, saying preliminary data showed it wasn’t effective. Research into its possible applications to treat coronavirus, however, has continued.