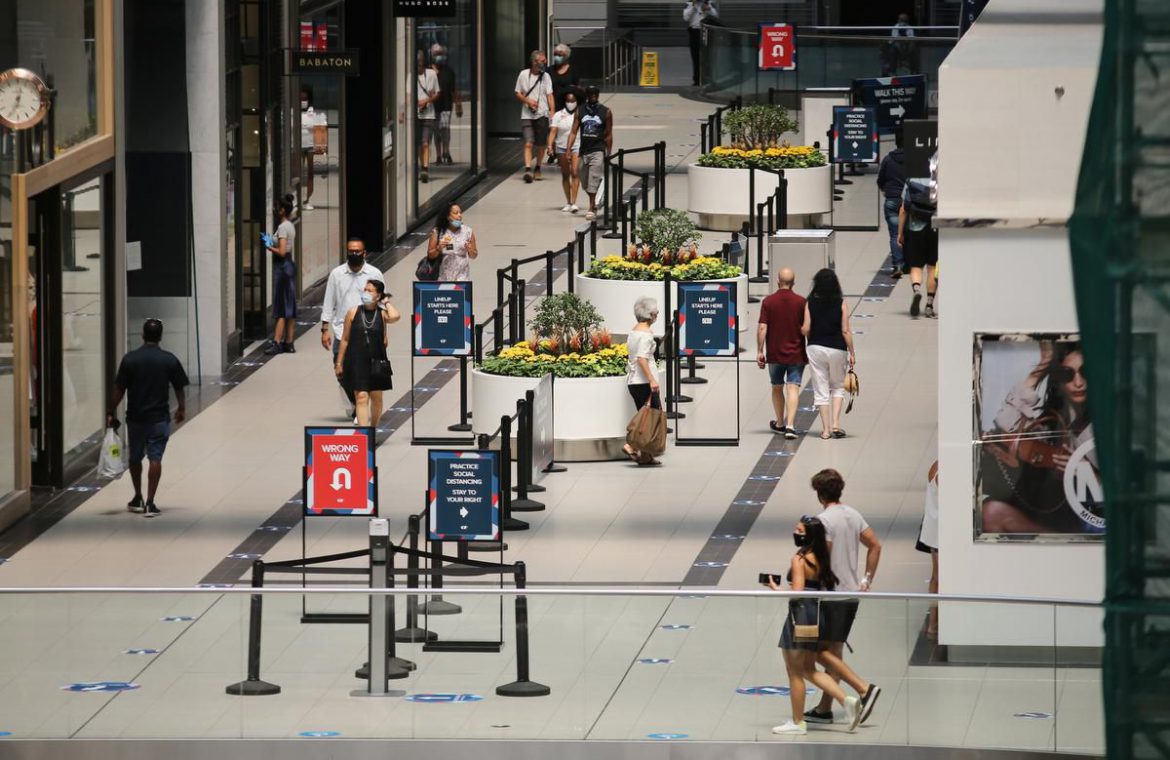 Hospitalizations, ICU admissions have both decreased with the number of vented patients being relatively stable, Health Minister Christine Elliott tweeted. There are 116 patients in hospital, with 29 in ICU and 19 of them on a ventillator.

She tweeted that 27 of Ontario’s 34 public health units reported five or fewer cases, with 18 of them reporting no new cases at all.

10:15 a.m.: Health experts say that using Toronto and Edmonton as hub cities for the NHL’s Stanley Cup playoffs probably isn’t a danger to public health in the age of COVID-19.

But they add there are no guarantees and the system has its flaws, including the movement of bus drivers, hotel staff and others in and out of supposedly coronavirus-free bubbles; a dependence on testing that can be less than 100 per cent accurate; and whether professional athletes, teams and the league can be trusted to follow and enforce self-isolation rules after a player tests positive.

Read the full story from the Star’s Kevin McGran.

9:18 a.m.: Toronto FC’s opening match against D.C. United at the MLS is Back Tournament was called off Sunday after one positive and one inconclusive test for COVID-19.

The inconclusive test came from a Toronto player while the positive test was from a D.C. United player. Both players and teams are being retested.

The match will be rescheduled once results of the new tests come back, Abbott said.

It marked the teams’ second delay. There were supposed to meet Friday night but the game was pushed back to Sunday due to Toronto’s late arrival at the tournament because of additional COVID-19 testing.

7:51 a.m.: When a few cases of COVID-19 popped up in Kingston in late June, contact tracers immediately started looking for patterns.

For months they had kept infections low, with just two discovered the entire month before. So where did these new ones come from? What could the patients have in common?

It turned out that two of them had recently gotten their nails done. That crucial clue helped public health officials quickly link the cluster back to a west-end salon, test over 6,000 people, and get hundreds more to self-isolate.

As we emerge from months of lockdowns, the virus that causes COVID-19 could be lurking anywhere. A nail salon, a restaurant patio, a wedding or funeral. But with new infections and deaths down across Ontario and in the GTA — on Friday the province announced there were fewer active cases than there have been since before the April peak of the outbreak — we may soon be in a situation where we can proactively fan out the flames. As the epidemiologists call it: “cluster busting.”

Read the full story on “cluster busting” from the Star’s May Warren here.

7:18 a.m.: The governor of Japan’s Okinawa island demanded a top U.S. military commander take tougher prevention measures and more transparency hours after officials were told that more than 60 Marines at two bases have been infected with the coronavirus over the past few days.

Okinawan officials on Sunday reported a total of 61 cases — 38 of them at Marine Corps Air Station Futenma, which is at the centre of a relocation dispute, and another 23 at Camp Hansen — since July 7. They said that U.S. military officials told them the two bases have since been put in lockdown.

The disclosure of the exact figures came only after Okinawa’s repeated requests to the U.S. military.

7:11 a.m.: South Korea has reported 44 additional cases of the coronavirus over the past 24-hours, maintaining an uptick in new infections in the greater Seoul area and central cities.

The additional figures released Sunday took the country’s total to 13,417 with 289 deaths. The Korea Centers for Disease Control and Prevention says 21 of the newly reported cases were local transmissions, all of them recorded either in the densely populated Seoul metropolitan area or two central cities.

7:01 a.m.: India’s coronavirus caseload is nearing 850,000 with a record surge of 28,637 in the past 24 hours, prompting authorities to announce a weeklong lockdown in the key southern technology hub of Bangalore. The new confirmed cases took the national total to 849,553.

The Health Ministry on Sunday also reported another 551 deaths for a total of 22,674. India has overtaken Russia in the number of cases and is currently behind the United States and Brazil, according to a tally by Johns Hopkins University.

Southern Karnataka state, whose IT hub Bangalore is home to Microsoft, Apple and Amazon offices, extended Sunday lockdowns to one week beginning Tuesday.

State Premier Daniel Andrews said a man in his 70s died overnight, bringing Australia’s death toll to 108, including 24 in Victoria, which currently has 1,484 active cases. A sudden surge in COVID-19 saw Victoria report a record 288 infections on Friday and 216 Saturday.

The major city of Melbourne is in virtual lockdown and Andrews said “we simply have no choice but to acknowledge the reality that we face and to do what must be done. That is to follow (the) rules, to only go out when you need to and to only go out for purposes that are lawful.”

6:50 a.m.: Taiwan wrapped up an annual film festival with an awards ceremony Saturday night as it holds more public events after keeping its coronavirus outbreak to a few hundred cases.

Actors and others lined up for photo shoots with no social distancing, and participants didn’t wear masks in historic Zhongshan Hall in Taipei. Taiwan, with a population of about 23 million people, has had 451 confirmed cases and seven deaths.

6:10 a.m.: For the last four months, Canada’s public health experts have been racing to stop the spread of COVID-19 by trying to figure out how everyone is getting it, and whom they may have given it to.

But even the best efforts have left doctors stymied about the source of more than one-third of this country’s known COVID-19 infections. Not knowing where cases come from makes outbreaks that much harder to stamp out.

Now medical researchers and supercomputers are turning genetics labs into virus detective agencies, looking first to find the novel coronavirus itself within blood samples from thousands of infected patients, and then comparing all of those isolated viruses to each other looking for places they differ.

Every close match will draw a line from patient to patient, ultimately painting a picture of how the virus spread.

Saturday 7:35 p.m.: U.S. President Donald Trump appeared in public wearing a face mask Saturday, after long resisting, as the country broke its own record for new coronavirus cases in a single day, with more than 66,600 fresh infections documented in 24 hours.

The U.S. has broken its own record in three out of the last four days, according to data from Johns Hopkins University, with the Friday total coming in above 66,600.

Trump donned the Navy mask, with an official presidential seal, as part of a photo-op as he visited wounded soldiers at Walter Reed National Military Medical Center. It’s the first major such appearance, amid reluctance on the president’s part to be seen in public with a face covering.

“I’ve never been against masks, but I do believe they have a time and a place,” Trump said before he left the White House for the visit. He has at times appeared to mock people who wore masks.