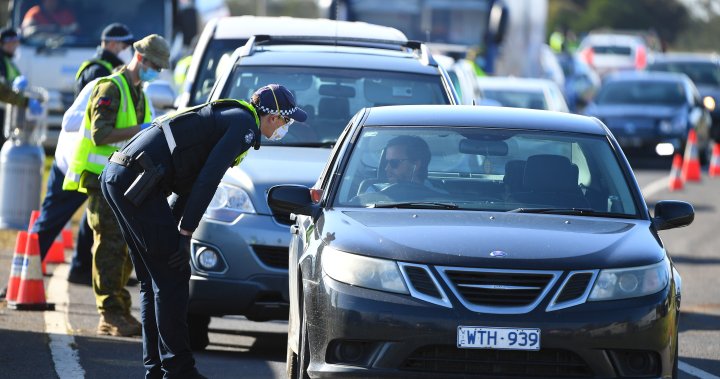 Australian states on Tuesday tightened restrictions on movement as authorities struggle to contain a fresh outbreak of COVID-19 in the country’s southeast that is starting to spill into other areas.

With growing fears of a second coronavirus wave nationally, two states extended border restrictions and Australia’s most populous state imposed limits on the number of people allowed in large pubs.

The changes come as scores of new cases were uncovered in Victoria, the country’s COVID-19 hotspot, despite a return to lockdown last week for nearly 5 million people in state capital Melbourne.

Active cases in the state rose to nearly 2,000 after another 270 infections were detected in the past 24 hours, authorities said, taking Australia’s total number of cases to about 10,000, with 107 deaths.

“We haven’t turned the corner yet. I hope to see that this week, but there are no guarantees,” Brett Sutton, Victoria’s Chief Medical Officer told reporters in Melbourne.

Australia avoided the high COVID-19 casualty numbers of other nations with swift and strict measures, but a spike in community-transmitted cases in Victoria and a rise in new cases in New South Wales has worried other states.

South Australia canceled plans to reopen its border to New South Wales on July 20, while Queensland introduced a mandatory two-week quarantine for people who have visited two areas in Sydney’s western suburbs.

“Our primary responsibility in South Australia is to the health, safety and welfare of all South Australians,” Premier Steven Marshall told reporters in Adelaide.

New South Wales, which has seen several dozen cases linked to the outbreak in Victoria, said pubs will now be limited to no more than 300 people, responding to an outbreak centered at a large hotel in southwestern Sydney.

Authorities believe 600 people visited the Crossroads Hotel on July 3, when the outbreak is believed to have begun.