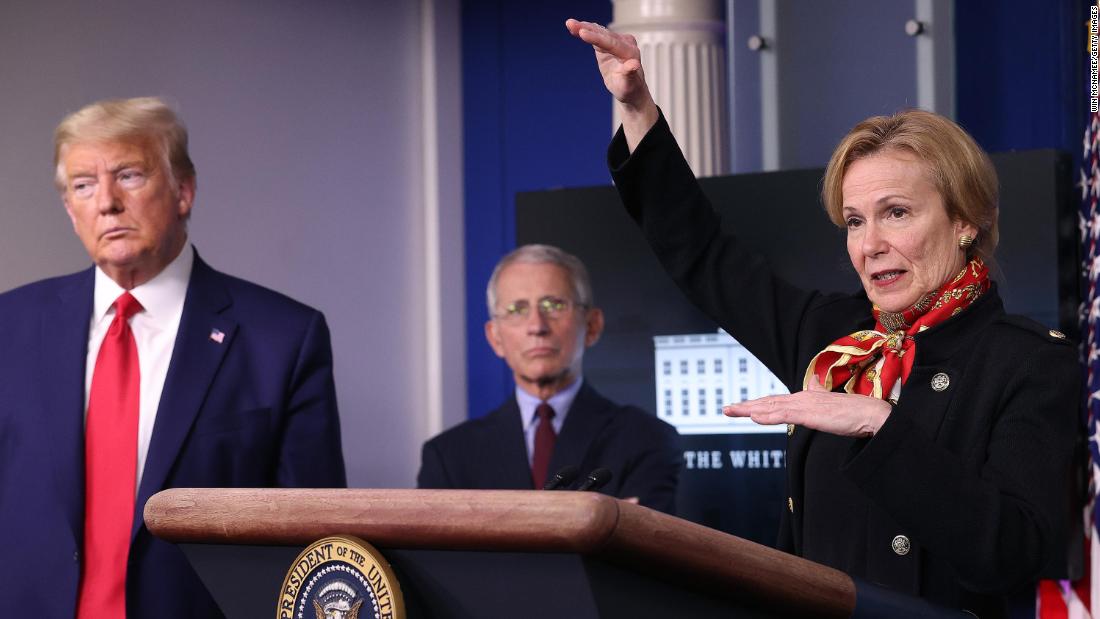 After Trump has largely adopted a strategy of ignoring the pandemic in the last few weeks as his poll numbers have continued to drop, he announced Monday that he would resume resume regular public briefings after discontinuing them in April and declaring them a waste of time. Trump is expected to hold these briefings a few times a week but not on a daily basis like he was earlier this year.

There’s still an internal split over whether Trump should take the stage, with some aides reminding others how hard they fought to convince Trump to end the briefings after the disastrous one in April when he suggested sunlight and ingesting disinfectants could help cure coronavirus.

Dr. Anthony Fauci, director of the National Institute of Allergy and Infectious Diseases, told CNN that he and Dr. Deborah Birx, the White House’s coronavirus response coordinator, have still not been told whether they will be in attendance at Tuesday’s 5 p.m. ET briefing at the White House.

US Surgeon General Dr. Jerome Adams said Tuesday that details on who will attend the briefing are still being worked out.

“They are still figuring that out,” Adams said during an appearance on “CBS This Morning” when asked if he, Fauci and Birx will be attending the briefing.

“I know that as they resume, we will be there in our different roles. As folks know, I’m a strong advocate for making sure we are promoting the awareness of the impact [of Covid-19] on communities of color, particularly African-Americans and particularly Hispanics,” Adams told CBS.

Aides have debated for weeks bringing back Trump’s daily coronavirus briefings — though the President himself was not entirely convinced that resuming them was a good idea, people familiar with the discussions said.

Trump insisted that using his platform to focus exclusively on coronavirus would be a mistake and would signal to the country that his response so far has failed. But top allies, including Vice President Mike Pence, his weekend golf partner Sen. Lindsey Graham of South Carolina and White House counselor Kellyanne Conway advised him that not appearing in front of the problem was the root of his political woes.

In order to convince him, aides developed a compromise: his briefings could cover a range of topics, not only the pandemic.

That means it’s likely the country will hear about a number of unrelated issues when the President takes the podium, including references to quelling protests in Portland and federal efforts to tamp down on violence in cities with Democratic mayors — two of Trump’s fixations which he believes play well with his supporters.

Some of Trump’s aides would prefer he focus more single-mindedly on the pandemic, but they feel that regular briefings, even if they veer into other topics, will benefit the President politically.

Other Trump aides privately disagree, saying that compromise risks putting Trump in exactly the same position he was in April: wandering off-topic and getting baited into fights with reporters.

Some in the White House communications office have pushed for the briefings to occur in settings outside the White House, like at the headquarters of health agencies, to keep them more narrowly focused. But Tuesday’s will be back in its familiar setting: the James Brady briefing room.

Wherever they occur, aides said it was unlikely Trump would be joined by task force members, as he was in the spring. And they indicated they expected the briefings would be shorter than the lengthy sessions that sometimes stretched close to two hours.