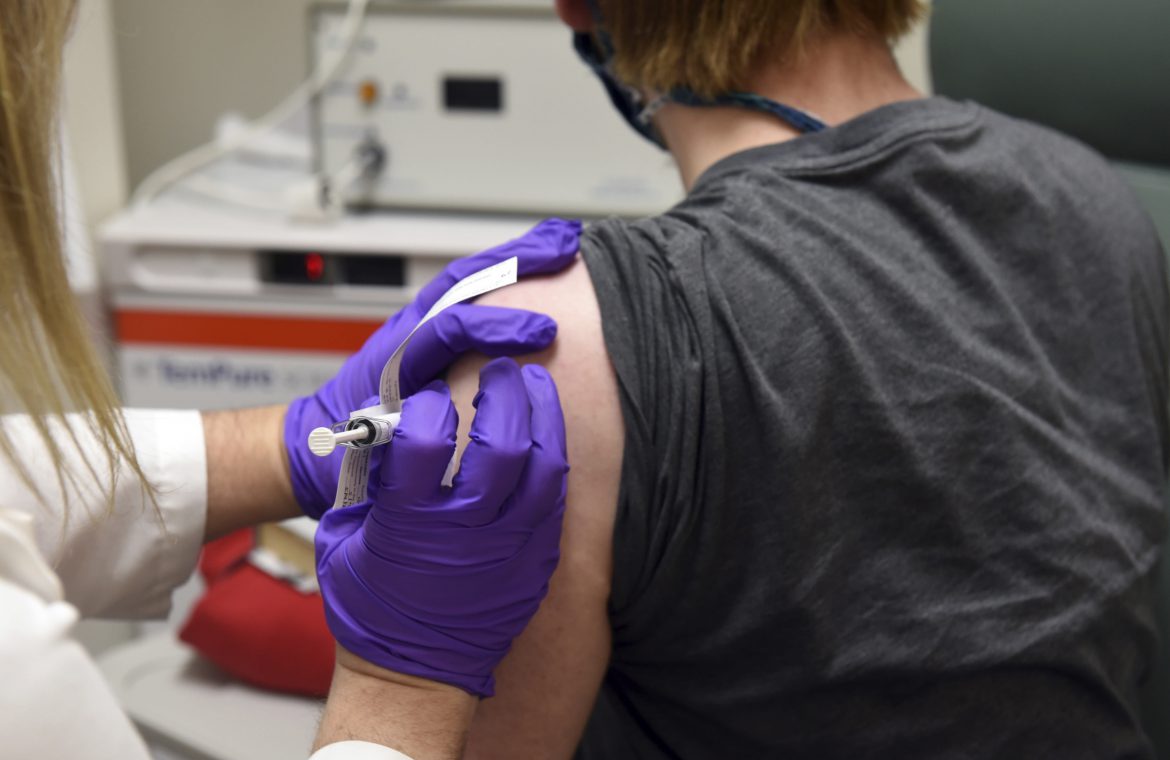 The United States will pay Pfizer and German biotech firm BioNTech $1.95 billion to produce and deliver 100 million doses of their Covid-19 vaccine in the U.S. if it proves safe and effective in humans, the companies announced Wednesday.

Under the agreement, the U.S. can acquire an additional 500 million doses of drug, the Department of Health and Human Services added. BioNTech and U.S.-based Pfizer are jointly developing their potential vaccine.

If it proves safe and effective in a large phase three trial and receives regulatory approval, HHS said Pfizer will begin to deliver doses to locations across the U.S. at the government’s direction. The vaccine would then be made available to Americans “at no cost,” HHS said. It’s unclear who the first doses of the potential vaccine would go to and how that decision would be made.

The companies previously said they expect to begin a large trial with up to 30,000 participants later this month, if they receive regulatory approval.

Shares of Pfizer rose more than 4% in premarket trading on the news and BioNTech stock popped over 6%.

“Through Operation Warp Speed, we are assembling a portfolio of vaccines to increase the odds that the American people will have at least one safe, effective vaccine as soon as the end of this year,” HHS Secretary Alex Azar said in a statement. “Depending on success in clinical trials, today’s agreement will enable the delivery of approximately 100 million doses of vaccine being developed by Pfizer and BioNTech.”

As part of the program, the government previously announced a $1.6 billion agreement with Novavax to accelerate development of its potential vaccine with the aim of delivering 100 million doses by January 2021.

The government also announced a $456 million investment in Johnson & Johnson’s vaccine candidate in March, $486 million in support for Moderna’s vaccine in April, and up to $1.2 billion in May for AstraZeneca’s vaccine being developed with Oxford University. The U.S. government also awarded Emergent Biosolutions $628 million to expand domestic manufacturing capacity for a potential coronavirus vaccine and drugs to treat Covid-19.

Vaccine manufacturers like Pfizer, Moderna, AstraZeneca and others have been ramping up manufacturing capacity before they know their vaccine candidate will prove safe and effective in humans and be approved by regulatory agencies. That will help shave months off the time it takes to ultimately distribute a vaccine to the global public.

While the companies and government race to deliver a successful vaccine, regulators and company officials have assured the public and members of Congress that they will not sacrifice on safety. All that’s at risk, they say, is money.

This is breaking news. Please check back for updates.

Don't Miss it Today’s coronavirus news: Morneau set to testify on deal with WE Charity; government relaxes fingerprinting rules when screening new hires during COVID-19
Up Next How well did the global coronavirus lockdown work? | COVID-19 Special