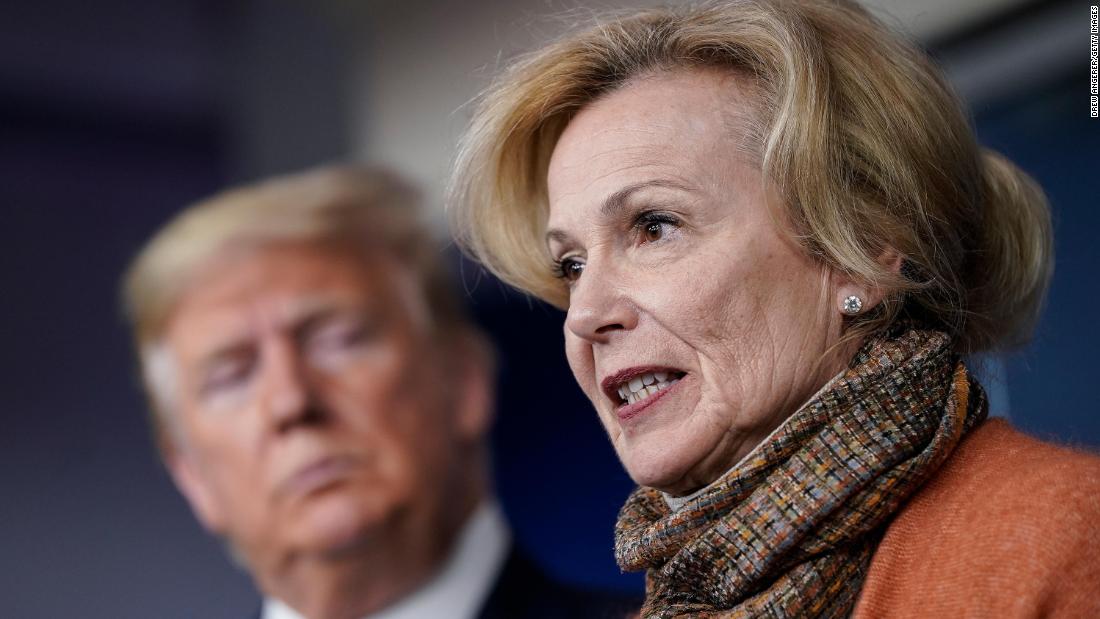 “There are cities that are lagging behind and we have new increases in Miami, New Orleans, Las Vegas, San Jose, St. Louis, Indianapolis, Minneapolis, Cleveland, Nashville, Pittsburgh, Columbus and Baltimore, so we’re tracking this very closely. We’re working with the state officials to make sure we’re responding together, but when you first see that increased test positivity, that is when to start the mitigation efforts,” Birx said during the call according to audio obtained by journalism nonprofit Center for Public Integrity.

Officials from two of the cities she mentioned as areas of concern, Baltimore and New Orleans, originally told CNN they were not invited to the call and were not aware it was happening. The White House pushed back, providing a short list of local officials from those cities who had been invited to participate. The White House also reached out to local administration officials in each city to flag the invitations Thursday. According to a source in the Baltimore mayor’s office, they have now provided a list with more names to the White House, including health department officials who were not invited to the call, to ensure that the city is aware and able to participate in future calls. A New Orleans administration official apologized for giving incorrect information, and noted that they were still not on the call.

The Baltimore City Health Department had not seen or heard about any report or list categorizing Baltimore as one of these cities of concern until media reached out following the call, one source said.

“The administration holds frequent calls with local, state, and tribal leaders. There have been more than 320 of these calls with more than 150,000 participants,” task force spokesman Devin O’Malley said.

On the call, Birx continued, “I know it may look small, and you may say that only went from five to five and a half, and we’re going to wait and see what happens. If you wait another three to four, even five, days, you’ll start to see a dramatic increase in cases. So finding and tracing those very early individuals is really critical.”

Birx told the officials in places experiencing increased test positivity to “(make) sure they’re being aggressive about mitigation efforts,” noting that the administration provides governors with a weekly report with clear recommendations for mitigation.

One such report, also obtained by CPI last week, recommended that 18 states the task force defined as “red zone” for cases should roll back reopening measures amid surging cases. Those reports are not made publicly available.

Birx told the officials Wednesday there are “small glimmers of decreasing test positivity in many of our metros in Texas and of course in Phoenix,” but the task force has “deep concerns about specific metros, of course in Florida, and spreading epidemic in California into the Central Valley.”

Her comments come as the US is poised to surpass 4 million confirmed coronavirus cases, overwhelming many hospitals and labs around the country. The US reported more Covid-19 cases in the last two weeks — 915,000 — than it did for all of June.

Dr. Anthony Fauci, the nation’s top infectious disease expert and another member of the White House’s coronavirus task force, warned Wednesday that the US is “certainly not at the end of the game,” with a series of baseball metaphors.

“I’m not even sure we’re halfway through. I mean, obviously, if you want to do a score, I don’t want to get too cute about it, but certainly we are not winning the game right now, we are not leading it,” Fauci said during a livestream Q&A with nonprofit TB Alliance.

A White House spokesman said Birx’s comments were in line with Trump’s briefing remarks on Wednesday.

“This doesn’t deviate from what the President said yesterday. The virus is still with us, we have some states and metros with significant outbreaks, and we must take this incredibly seriously,” deputy press secretary Judd Deere told CNN.

Trump said Tuesday that the pandemic will “probably, unfortunately get worse before it gets better.”

But he has cherry-picked some of the more hopeful aspects of the pandemic in his briefings and declined to appear alongside his top public health officials, telling reporters that appearing solo at the podium was a “very concise way of doing it.”

This story has been updated with additional information from the White House and officials from Baltimore and New Orleans.

Don't Miss it Vancouver Coastal Health launches COVID-19 public exposures webpage
Up Next How important is the immune system in protecting against Covid-19? | COVID-19 Special