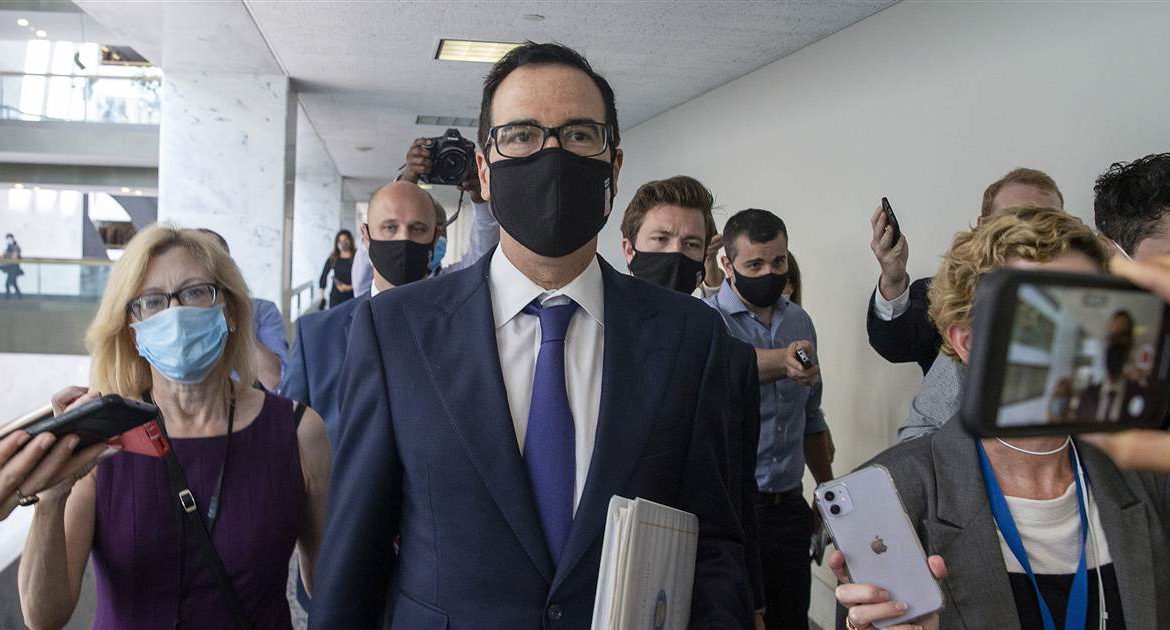 WASHINGTON — Senate Republicans announced Wednesday evening that they have “reached a fundamental agreement” with White House negotiators on how to move forward with a coronavirus relief bill.

After the third meeting this week, Sens. Richard Shelby, R-Ala., chair of the Appropriations Committee; Lamar Alexander, R-Tenn., chair of the Health, Education, Labor and Pensions Committee; and Roy Blunt, R-Mo., chair of the Rules Committee, emerged from the negotiating room with Treasury Secretary Steven Mnuchin and White House chief of staff Mark Meadows saying they are “completely on the same page” and “in good shape.”

The tentative framework comes amid tension in the party over how to respond to the coronavirus pandemic, which is forcing states to re-evaluate their plans to reopen and to address the growing numbers of cases and deaths.

The legislation remains fluid, and Senate Majority Leader Mitch McConnell, R-Ky., has indicated that he wants to keep the price tag at $1 trillion. Republicans aren’t all on the same page, as some have denounced the cost amid a soaring national debt. But the latest talks show some signs of breaking an intraparty logjam that has kept negotiations at a dead stop for weeks.

The new proposal will serve as a starting point for negotiations with Democrats, who have passed a $3.4 trillion bill in the House and have been pressuring the GOP to move quickly on new aid as COVID-19 cases and deaths rise in the United States.

The Republicans intend to release their plan Thursday, but in “a handful of bills now instead of just one bill,” Blunt told reporters.

“So we’ll have one appropriations bill, we’ll have several authorization bills that explain in more detail how that appropriated money will be spent, and obviously there will be a bill that will talk about any money that is distributed in direct payments or any other way,” he said.

Negotiators agreed on $16 billion for testing as part of the Republican proposal, but they plan to offer $9 billion in previously appropriated funds and $16 billion in new funding. The combination of funds is a compromise between the Trump administration, which wanted to zero out funding for testing, and Senate Republicans, who wanted $25 billion.

Because the administration opposes running a national testing program, funding for testing would be focused on schools, day care centers, nursing homes and senior centers.

“I think it’s helpful to get down to what we were really talking about — a sense of the pre-eminent federal responsibility would be on the testing front and more clearly defining the $9 billion that had been set aside earlier that would absolutely be testing money, along with $16 billion that we add to that,” Blunt told reporters.

“I think the real focus of the federal responsibility for testing would be primarily focused on senior facilities, on schools and on child care centers with other testing assistance,” he said.

As part of the preliminary agreement, Republican negotiators agreed to $70 billion for K-12 education for all schools on a per capita basis, with half of the money going to covering costs for schools that have reopened.

In addition, $30 billion would be doled out to colleges and universities — not to be tied to reopening, a Senate aide confirmed. The last $5 billion would be for governors to allocate how they see fit.

McConnell indicated Tuesday that Republicans are preparing to send $105 billion so schools can “safely reopen” — $5 billion more than what Democrats originally proposed. Democrats, however, are now calling for more than $400 billion in school funding.

“We’ve agreed on the school front on ways to get people back to school and encourage them to go back to … school, as much as possible,” Blunt said. “We’ll have some money that will be distributed to all districts and other money distributed [to] districts that get back to school in a more traditional sense.”

Mnuchin told reporters Wednesday that negotiators also agreed to provide Americans with another round of direct payments, which the administration has been pushing for weeks. The details, however, have yet to be settled upon.

Asked whether there is a consensus on an amount, Mnuchin said, “I’m not going to get into specifics right now, but there is an agreement.”

It isn’t clear at this point, however, whether the terms of the direct payments will mirror those of the initial package in March — which Democrats want in a future aid package.

While Republicans spent most of Wednesday floating the idea of a short-term extension of enhanced unemployment insurance benefits, the White House seemed to cool to the proposal.

“We’re really looking at trying to make sure that we have a comprehensive bill that deals with the issues,” Meadows told NBC News. “Any short-term extensions would defy the history of Congress, which would indicate that it would just be met with another short-term extension.”

The $600-a-week federal payment for jobless Americans is set to run dry at the end of the month, and with no extension, it could lag until Republicans come to a broader consensus.

And there was no agreement on a payroll tax cut, a top priority for the administration but for only a handful of Senate Republicans.

“We really are not in a position to talk any specifics,” Meadows said. “We’re going let Leader McConnell talk about that after he actually has a more thorough conversation with his senators.”

Sahil Kapur is a national political reporter for NBC News. 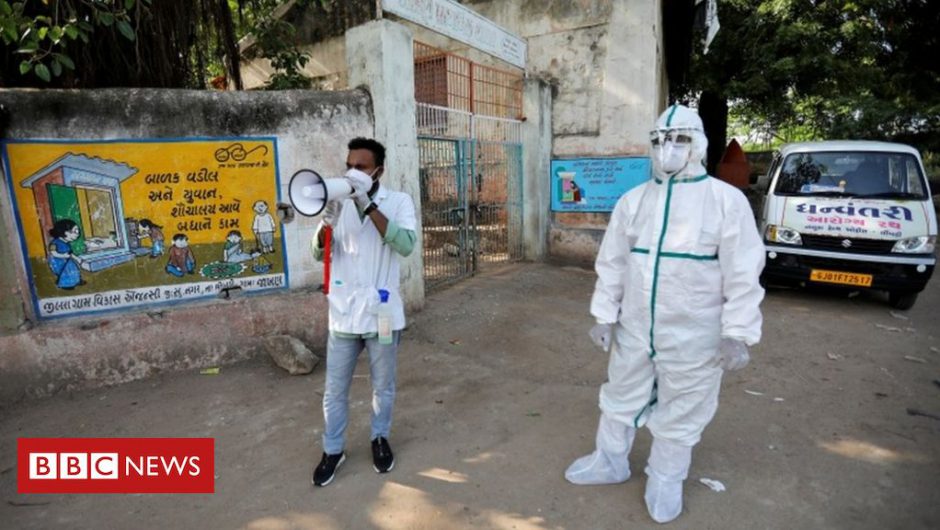 In a U.S. pandemic response dominated by missteps, the effort to develop vaccines to prevent Covid-19 has so far been…

India’s confirmed coronavirus tally reached 6 million on Monday, keeping the country second to the United States in number of…

Here’s what you need to know:Notices reading ”Justice for Daniel Prude” are pasted on the exterior walls of City Hall…