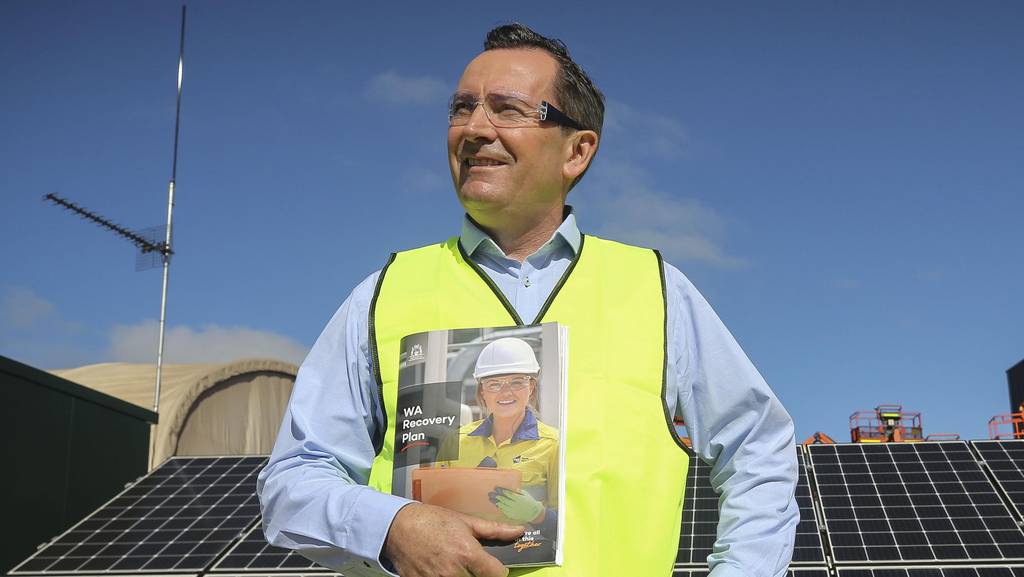 An additional $2.7 billion will be pumped in to the WA economy in a bid to put the State back to work following the loss of more than 100,000 jobs during the coronavirus pandemic.

Unveiling the $5.5 billion WA Recovery Plan today, Premier Mark McGowan said it was a blueprint that “provides a pipeline of jobs and work and social initiatives for Western Australia into the future”.

The document includes around $2.8 billion in previously announced coronavirus response and stimulus spending, such as the freeze on increases to household fees and charges, rent relief and new home construction grants.

Mr McGowan said it contained “around 500 separate initiatives” but details of only a small handful were provided this morning: a $66.3 million cash injection in renewable energy technologies and a $60 million maintenance blitz of police stations, fire stations and volunteer fire stations.

The bulk of the renewables funding ($44.5 million) will be used to install 50 standalone power systems – including nine battery energy storage systems – in remote Aboriginal communities, where they will drastically slash power costs.

Around $6 million will be spent installing solar panels on social housing and another $4 million to convert 10 public schools into “virtual power plants” equipped with both solar panels and commercial batteries.

It is hoped the schools – which are yet to be selected but will be in both Perth and regional WA – will have enough battery capacity to provide storage space for nearby residential properties. If successful, the model will be rolled out throughout the South West Interconnected System.

The Clean Energy Future fund, which provides grants of between $250,000 and $2 million for clean energy projects, has also been topped up with an additional $10 million.

Finally, solar panels will also be installed on up to 60 bus and train stations to improve energy efficiency.

The remaining components of the plan will be rolled out over the coming days and weeks but Mr McGowan made it clear that his Government’s overriding focus was on job creation and that improving the State’s budget was no longer a priority.

“Our main focus is jobs activity and confidence and surplus and deficits come second,” he said.

He also revealed two people had been diagnosed with coronavirus in WA overnight, both returned international travellers in hotel currently. They are the State’s first new cases in a week.