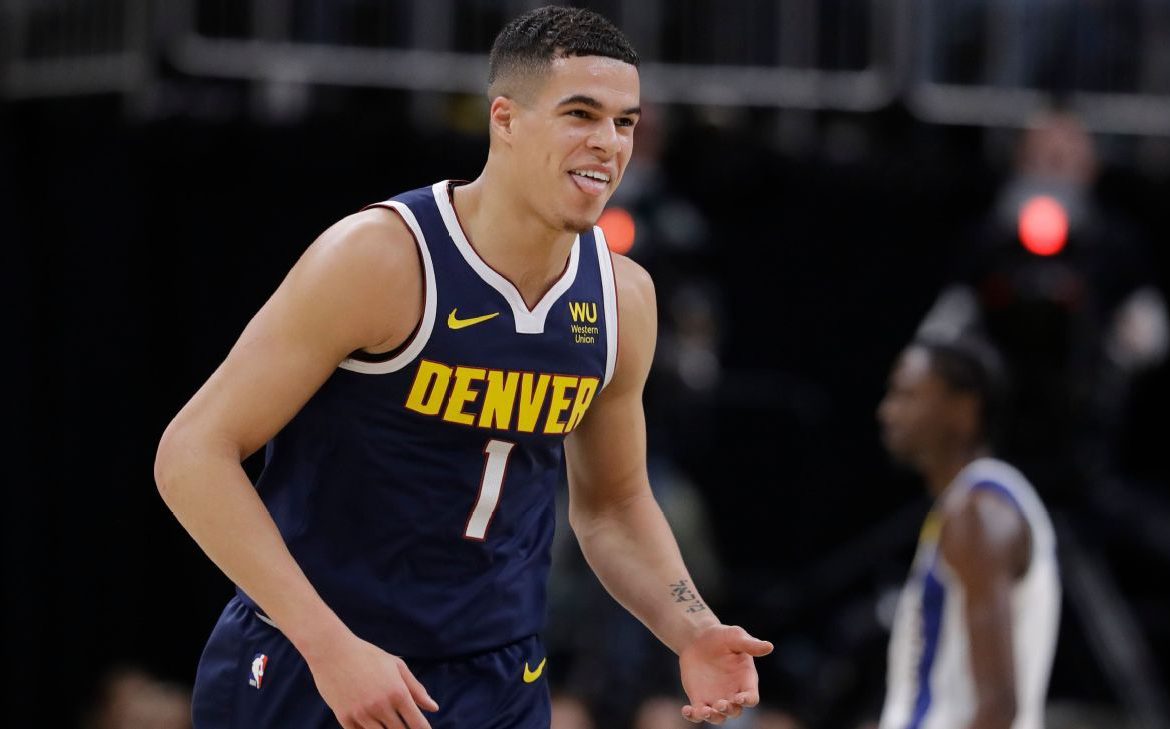 Denver Nuggets president of basketball operations Tim Connelly has spoken with Michael Porter Jr. about the second-year forward theorizing the coronavirus pandemic is “being used for population control.”

Connelly did not make a statement, but Nuggets head coach Michael Malone said he learned about Porter’s comments — which were made on a Snapchat Q&A session — when he boarded the team bus to practice on Wednesday morning.

“Obviously, I’m not the thought police,” Malone said during a Zoom session with reporters. “I’m not going to tell any of our players what they can and can’t say. All I would say is just be sensitive to the current situation in our country and throughout the world in regards to coronavirus.

“Michael Porter and any other player on our roster, they’re entitled to their opinions and ability to have free speech, and I will respect that as long as it doesn’t become a distraction. What Michael stated, being around our players this morning at breakfast and practice, has not become a distraction at all.”

Porter’s comments made headlines as the coronavirus death toll approached 150,000 in the United States and stood at 661,917 around the world on Wednesday.

“Personally, I think the coronavirus is being used obviously for a bigger agenda,” Porter, 22, said on Snapchat. “It’s being used for population control in just terms of being able to control the masses of people. I mean, because of the virus the whole world is being controlled.”

“You’re required to wear masks,” Porter added. “And who knows what will happen when this vaccine comes out? You might have to have the vaccine in order to travel. Like, that would be crazy.”

Malone has repeatedly advocated for his players to speak their minds about nationwide protests against police brutality and not to let NBA games distract from the Black Lives Matter movement.

The Nuggets coach said he would not “muzzle” any of his players from expressing their beliefs. But he and the Nuggets will continue to try to educate players so that they are informed before speaking out on issues.

“I know that Tim Connelly, our front office, has talked to Michael about his comments long before I realized what was said,” Malone said. “So it has been [discussed with] him; he understands the situation. Once again, we as an organization, I’m not going to put a muzzle on anybody.

“If somebody has a strong belief on something, they have the platform and freedom to use that. We will just try to educate guys so that they understand the impact of what they may be saying.”

Malone has been frustrated with his roster being decimated by late arrivals to the Walt Disney World resort due to injuries and positive coronavirus tests. Malone said scrimmages have marked the only time his team was able to go 5-on-5 due to the lack of players available for practices.

The coach said he isn’t sure who will be available to play against the Miami Heat on Saturday when the Nuggets (43-22) begin their seeding games in third place in the Western Conference. In the team’s first scrimmage, the Nuggets were forced to start 7-foot Nikola Jokic at point guard along with 6-8 Jerami Grant, 7-2 Bol Bol, 6-7 Paul Millsap and 6-11 Mason Plumlee.

“Right now, to be honest, I’m not concerned about our seeding,” Malone said. “My No. 1 concern is health. That continues to be a huge concern for me, a huge point of emphasis. Can we find a way to get healthy come Aug. 17 [when the postseason begins]?”

“I have no idea who will be available on Saturday at 1 o’clock against Miami,” he later added. “We had a practice today, and we had quite a few guys that were held out of practice due to injuries and just being very, very cautious. … Because it seems like every day there is a change in the availability of certain players. … Once we have those answers in terms of availability, then we will have a much easier time of figuring out who the hell is going to play for us.”

Don't Miss it ‘COVID-19 is still here:’ Toronto’s top doctor answers your coronavirus-related questions
Up Next WHO annual assembly expected to be overshadowed by geopolitical rivalries | DW News