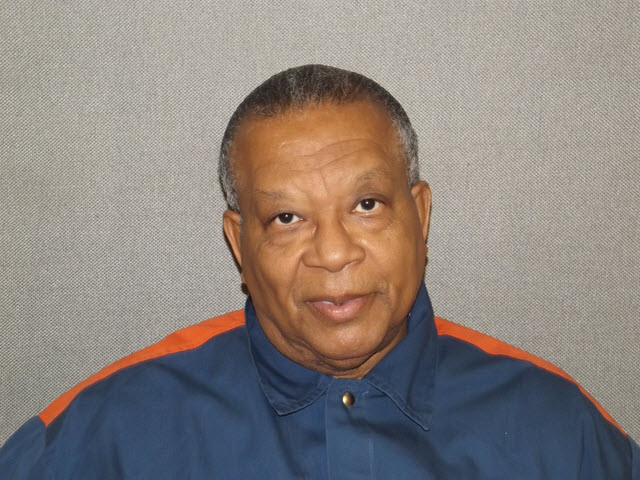 As an elderly Michigan inmate’s bid for early release amid the coronavirus pandemic continues, garnering support from everyone from a local prosecutor to a reality star, his situation is becoming more dire.

Michael Thompson, a 69-year-old former Flint resident, is serving a 40- to 60-year sentence for selling marijuana to an informant in 1994. He has petitioned the state, unsuccessfully, for a commuted prison term since 2018, the same year recreational marijuana — the drug that landed him in prison — was legalized in Michigan.

Thompson, who lost his parents and son while incarcerated, isn’t eligible for release until 2038. Now his request is more urgent than ever: He has tested positive for COVID-19, his attorney says.

“Every day that Michael is incarcerated is a continuing injustice,” Kimberly Corral told Yahoo News on Monday. “His life is at risk. His health and safety [are] at risk.”

Legally, Thompson is out of options, according to documents provided by Corral. His last hope, she says, is for Michigan Gov. Gretchen Whitmer to commute his sentence.

Whitmer’s office did not respond to requests for comment.

Thompson’s case has captured national attention since 2019, with director Ava DuVernay and activist Shaun King voicing their support for him on Twitter, and reality star Kim Kardashian writing a letter calling Thompson’s incarceration “extremely unfair in a state where marijuana is lawful,” according to a copy provided to Yahoo News.

“I cannot think of a single reason which would justify Michael Thompson’s ongoing incarceration,” wrote Kardashian, who has advocated for the release of inmates in the past.

On Wednesday, Nessel sent a letter to Whitmer asking her to release Thompson “as soon as possible,” according to a press release.

“A decades-long sentence like that imposed on Mr. Thompson is usually reserved for second-degree murder convictions or for particularly heinous rape cases involving multiple aggravated factors,” Nessel wrote. “Sentences of this length for selling marijuana are simply unheard of, even when accompanied by firearms offenses. Given that recreational and medicinal marijuana is now legal in Michigan, allowing Mr. Thompson to continue to serve this very draconian sentence is even more offensive and unreasonable.”

Thompson’s case isn’t the only one that has spawned national petitions, fervent advocacy and celebrity mentions. But for his supporters, his case is especially egregious now that money is being made off the very thing that led to his incarceration.

“Michael Thompson and I are both black men who have been arrested on cannabis charges in Michigan,” Williams said in a statement to Yahoo News. “I received the white glove treatment and Michael Thompson is Michigan’s longest serving non-violent offender. Mr. Thompson is fighting for his life in a Michigan hospital after being infected with COVID-19 in a prison he should have been released from decades ago.”

Thompson’s criminal case began in 1994, when he sold about 3 pounds of marijuana to an informant. Police later arrested Thompson and searched his home, where they found 14 weapons. He was later convicted of marijuana possession and delivery charges, along with illegally possessing a firearm as a felon, according to his application for commutation.

Because Thompson had prior felony drug convictions, prosecutors at the time recommended that his sentence be enhanced as a habitual offender. In 1996, he received 10 to 15 years for the marijuana charges and 40 to 60 years for the weapons offenses. According to the Michigan Department of Corrections, he has already served his time for the marijuana counts and is serving time for the weapons charges. But it’s all one case.

“It all stems from one marijuana sale,” Corral said. “The allegations are that while he sold marijuana at another house, he had guns in his own home — mostly antique guns and a locked gun safe in his closet. But those precipitated gun charges, which the state used to increase his sentence.”

Thompson’s application indicates that he was swept up in a national movement against violent crime in the 1990s that led to harsher punishments for repeat violent offenders.

Kim Kardashian visited the White House in 2018 to plead for the release of Alice Marie Johnson, right, who had been serving time in a federal prison since 1996 for a nonviolent drug conviction. (AP)

“Thompson’s crime and convictions are emblematic of the whole era at that time, which was legitimately concerned about an uptick in crime and drugs and the availability of guns,” said Ashley Nellis, a research analyst for the Sentencing Project, a nonprofit that researches U.S. incarceration. “But if you look at what transpired, he sold to an undercover [informant]. It was marijuana, which is now legal. He did not have a weapon on him. That illustrates how the intention of these laws, which was to try to get violent crime down, [affected] people who were not the target of these laws.”

Thompson first requested a commuted sentence in 2018. But then-Gov. Rick Snyder didn’t act on the request, according to a spokesman for the Michigan Department of Corrections. A new request was later submitted under Whitmer.

“As of right now, the request still sits with the parole board,” MDOC spokesman Chris Gautz told Yahoo News on Monday. “From there, the board would make a recommendation to the governor’s office, and the governor would then make a decision one way or another.”

But when exactly that decision will come is unclear, and the parole board’s recommendation would not be made public. Corral says she submitted a request in January. Then the pandemic hit.

“We immediately filed a follow-up request to the governor’s office, asking that she request an expedited review, which she has the authority to do under Michigan law,” Corral said.

That was in March. Corral says she has not heard a direct response from Whitmer, noting that the governor has told media outlets she can’t make a decision until the parole board issues a determination of merit and makes a recommendation.

“That said, the administrative code, which establishes this process, gives the parole board 60 days to complete that assessment,” Corral said. “And it’s obviously been significantly longer than 60 days.”

Gautz told Yahoo News that the board continues to work on the request. Meanwhile, Thompson was hospitalized for COVID-19, Corral said. He is showing symptoms but is not on a ventilator, she said.

“I think any reasonably minded person would look at this case and say, ‘This is a disgusting injustice that must be corrected and can be corrected,’” Corral said. “We can’t give Michael his life back, but we can give him the balance of his life back.”

Corral pointed to the overwhelming support for Thompson’s request. David Leyton, now the prosecuting attorney for Genesee County, where Thompson was convicted, said he joined Thompson’s counsel in his application for clemency, according to a press release issued in April.

“I was not the elected prosecutor at the time, but what I can say based on my review of the case file almost 25 years later is that the sentence handed down by the judge certainly appears to be disproportionate to the crime committed,” Leyton wrote in a statement.

Flint Mayor Sheldon Neeley submitted a letter in support of Thompson in December 2018 when he was a Michigan state representative. Neeley also happens to be Thompson’s nephew.

“The sentence he received was beyond excessive,” Neeley told Yahoo News.

But Neeley noted that the process to get a commuted sentence, beyond waiting for the parole board, is a “difficult process.”

“And, in general, society doesn’t always look favorably upon releasing prisoners from jail,” he said. “You have to understand the economic ecosystem around criminal justice — each prisoner in a particular place represents a dollar amount. So there are a lot of factors. But in this particular case, without a doubt [Thompson] has been excessively sentenced. There’s no other case in the state of Michigan like this.”

In his own words, Thompson said that if he were to be released, he would serve his community and work with troubled youth, according to a letter he submitted to Whitmer in January.

“It would be a great injustice to continue to allow me to languish in prison any longer,” he wrote.