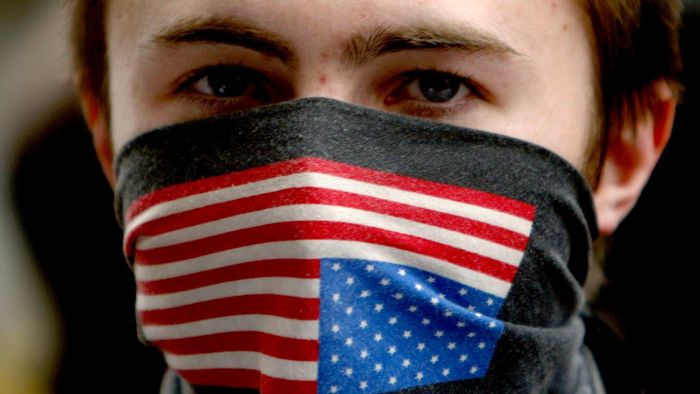 North Korea, which has not confirmed any coronavirus infections in the country, has locked down a border town after a returning defector showed COVID-19 symptoms.

This story will be regularly updated throughout Monday.

Outside of the US, Brazil recorded more than 3 million cases, while Italy, which was ground zero of Europe’s epidemic, still has one of the world’s highest official death tolls at 35,000.

But after a strict nationwide, 10-week lockdown, vigilant tracing of new clusters and general acceptance of mask mandates and social distancing, Italy has become a model of virus containment.

Italian Health Minister Roberto Speranza has not shied away from criticising the US, officially condemning as “wrong” Washington’s decision to withhold funding from the World Health Organization and expressing amazement at President Donald Trump’s virus response.

With America’s list-leading 160,000 dead, politicised resistance to masks and rising caseload, European nations have barred American tourists and visitors from other countries with growing cases from freely travelling to the bloc.

France and Germany have imposed tests on arrival for travellers from “at-risk” countries, the US included.

In the US, new cases are running at about 54,000 a day — an immensely high number even when taking into account the country’s larger population. And while that is down from a peak of well over 70,000 last month, cases are rising in nearly 20 states and deaths are climbing in most.

In contrast, at least for now, Europe appears to have the virus somewhat under control.

North Korea’s ruling party has delivered special aid packages of food and medical equipment to residents of Kaesong, near the border with the South, after imposing a lockdown there due to COVID-19 concerns, state media said.

North Korean leader Kim Jong-un declared an emergency and imposed a lockdown on the small border town last month after a person, who defected to South Korea in 2017, returned to Kaesong across the highly fortified border showing coronavirus symptoms.

Pyongyang has not confirmed any coronavirus infections but has been taking strict quarantine measures and screening the town, while providing food, test kits and other medical equipment, according to state media.

State television on Sunday (local time) showed a train arriving at the Kaesong station and trucks delivering supplies to residents.

The official KCNA news agency said the shipments arrived on Friday to help the residents cope with the lockdown, which “may lead to a deadly and destructive disaster.”

Coronavirus case emerges at second mine in Papua New Guinea

The novel coronavirus has been detected at a second mine in Papua New Guinea, after an employee at the Lihir Mine owned by Newcrest Mining tested positive for the disease.

The 30-year-old male, who flew in from Port Moresby at the end of July, is among 26 confirmed cases reported by the National Pandemic Control Centre in the capital, Port Moresby.

The island nation has now reported a total of 214 coronavirus cases and three deaths.

The Lihir mine case was detected during a routine screening process for all incoming workers, who have to observe a mandatory 14-day quarantine period upon arrival on the mine site.

It comes after PNG’s Ok Tedi copper and gold mine suspended operations for at least 14 days after seven workers tested positive for the novel coronavirus.

While the number of cases in PNG is still low compared with many other countries, they have jumped sharply over the past few weeks.

“This is a critical time for all of us,” National Pandemic Response Deputy Controller Paison Dakulala said in a statement.