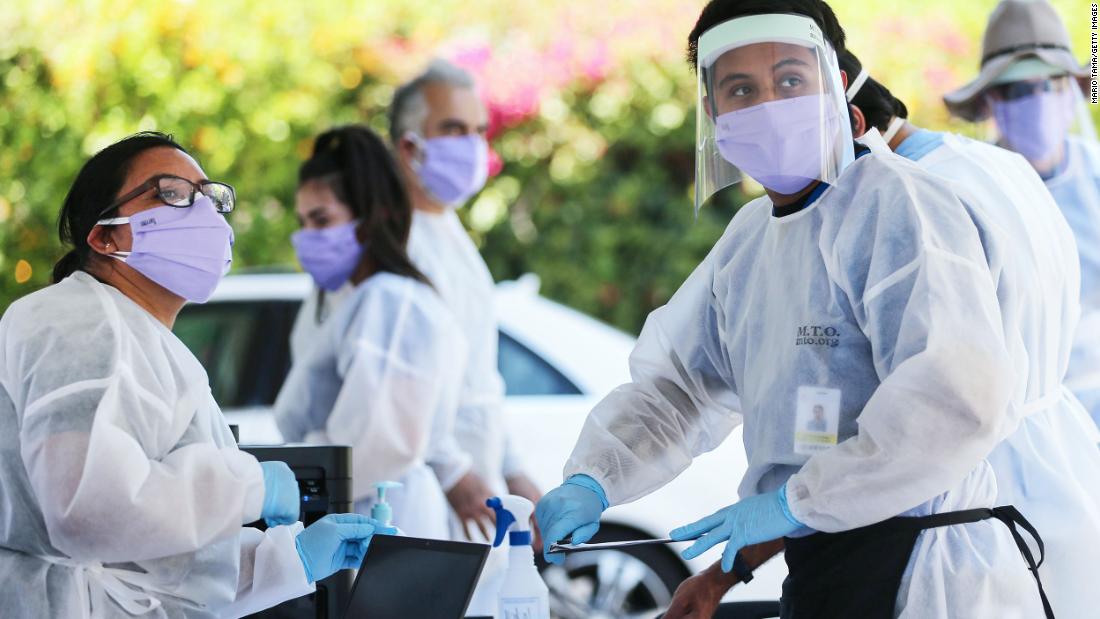 Tests have been delayed and in short supply as the United States surpassed 5.4 million cases, leaving many uncertain about their risk of spreading the virus. And as researchers rush to develop vaccines, they’ve had little evidence to tell if antibodies that protect against Covid-19 last long enough to get the virus under control. But developments from researchers Monday brought optimistic outlooks to both fronts.

SalivaDirect, a test that does not require specialized supplies and can deliver results in less than three hours, could be available to the public in a matter of weeks, according to Anne Wyllie, an epidemiologist at Yale School of Public Health who was part of the team responsible for the protocol.

And though many are in early stages and have not been peer-reviewed, a recent batch of studies show that humans — even those with mild symptoms — have a “robust” immune response to coronavirus that could provide evidence that a vaccine could protect the public for more than just a short period of time, said Dr. Ian Lipkin, director of the Center for Infection and Immunity at Columbia University Mailman School of Public Health.

“This is very good news and it’s optimistic,” said Lipkin. “You know, it is a bit of blue sky that we’ve been looking for.”

How long that protection lasts is still unclear, but the studies indicate it could last for months.

The news comes as the White House coronavirus task force coordinator said Monday she wished the early days of coronavirus in the US looked more like it did in Italy: strict lockdowns keeping people home as infections spread.

And Surgeon General Dr. Jerome Adams said that even if testing improves, the nation needs to stick with prevention efforts.

“We can’t test our way out of this problem,” Adams said. “We need to lean on prevention, and that’s making sure everyone’s wearing a mask, washing their hands, and watching their distance from others.”

US has the worst response of any major country, expert says

“We didn’t get here overnight. This has really been one mishap after another,” Jha said. “The single factor that really differentiates us from everybody else is denialism that has pervaded our entire approach.”

Even once the public and federal government got on board with the existence of the virus, many downplayed its severity, Jha said. And now, they believe a vaccine will soon end the pandemic in just two months, which Jha said is not the case.

But there was no good excuse for the lack of response because the US has been preparing for a pandemic just like this, a former US Food and Drug Administration commissioner said Monday.

“There have been efforts now over a number of decades, truly, to better prepare our nation against a range of biological threats, to invest in certain critical resources, but also to practice against simulations of threats,” former FDA commissioner Dr. Margaret Hamburg said during an American Society for Microbiology briefing. “By every sort of assessment that had been done about preparedness, we had expected that, while hardly perfect, we would have been better prepared than we were,” she said.

In a roundtable discussion hosted by Arkansas Gov. Asa Hutchinson, Birx said Americans seemed to not react well to prohibitions, but that concessions could still be made.

“Tens of thousands of lives can be saved if we wear masks, and we don’t have parties in our backyards … taking those masks off,” Birx said.

Health experts learning more about how young people are contracting and spreading the virus must decide if and how to bring students back to school for the new academic year.

A common perception is that young people don’t need to worry about being infected, director of the National Institute for Allergy and Infectious Diseases Dr. Anthony Fauci said Monday. But researchers have found that even those not hospitalized can have “really troublesome” long-term effects.

“In individuals who are young and otherwise healthy, who don’t require hospitalization but do get sick and symptomatic enough to be in bed for a week or two or three and then get better, they clear the virus — they have residual symptoms for weeks and sometimes months,” he said during a American Society for Microbiology briefing.

“These are people that supposedly recovered from Covid-19,” he said.

Meanwhile, many schools that have resumed instruction in-person have quickly reported infections.

During the first week of in-person instruction, at least three Florida school districts reported having to place students in quarantine. The latest of which, Baker County School District, has reported at least three positive cases, according to the Florida Department of Health.

West Virginia Gov. Jim Justice said the state is grappling with returning to in-person teaching, responding to accusations of bowing to pressure.

“Nobody is going to pressure me in any way to put our teachers, our service personnel, our kids especially back into a situation that I feel in my heart that is not as safe as we can possibly make it,” Justice said.

The virus and its spread vary greatly across different states.

“We do continue to be cautiously optimistic that all the sacrifices and the hard work that we’ve seen across our county is working and that we’re in fact back to slowing the spread,” said Ferrer.

But other states are not seeing such optimism.

Texas surpassed 10,000 coronavirus related deaths Monday. And Florida nearly doubled the count of coronavirus deaths in just a month, bringing the total to 9,539.

However, Florida Gov. Ron DeSantis tweeted on Monday that the state is reporting the lowest number of cases of Covid-19 in one day since mid-June at 2,760; adding that the number of coronavirus-positive patients currently hospitalized in the state is down almost 40% since July 21.