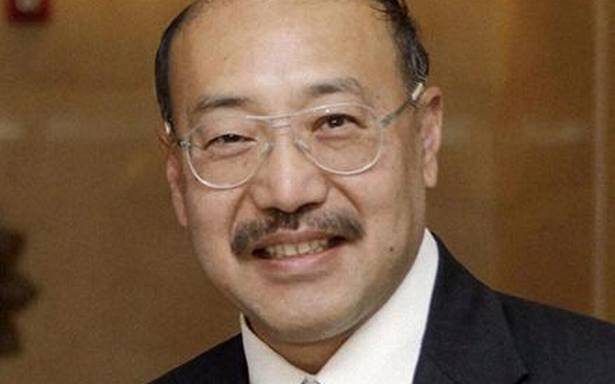 Bangladesh will receive COVID-19 vaccine from India on a priority basis, a top diplomat of Dhaka said on Wednesday. Foreign Secretary of Bangladesh Masud Bin Momen raised some of the contentious issues such as the recent spurt in border killings and condition of the detained Tablighi Jamaat members of Bangladesh with the visiting Indian Foreign Secretary Harsh Vardhan Shringla in Dhaka and the two sides agreed on an early meeting of the India-Bangladesh Consultative Committee.

“The vaccine will not be limited to India. We have been assured that India will provide the COVID-19 vaccine to us on a priority basis and the pharmaceutical companies of our country will be able to collaborate on this,” said Mr. Bin Momen about the vaccine from India’s Serum Institute while briefing the media after his talks with the Indian Foreign Secretary.

The COVID-19 related discussion between the two sides comes weeks after the Bangladesh Medical Research Council (BMRC) allowed China to carry out the Phase III human trial of the anti-COVID-19 vaccine produced by China’s Sinovac Biotech Ltd. China had also sent a medical team to assess the pandemic preparation of Bangladesh during the first week of June.

During the lunch-on talks, Mr. Bin Momen raised the issue of increase in the killings of Bangladesh nationals along the border by India’s BSF. “I drew his attention on this undesirable irritant and urged for stopping these killings altogether,” said Mr. Bin Momen.

The matter has acquired importance in recent months as according to a prominent human rights group Odhikar, at least 25 Bangladesh nationals have been killed in firing from the BSF till the summer of this year and around 45 were injured in such incidents. Mr. Bin Momen informed that during the meeting the Foreign Secretaries agreed on the need for a likely Director General-level interaction between the heads of the BSF and the BGB (Border Guard Bangladesh) in September.

India has also invited Mr. Bin Momen for an early visit to discuss pandemic-related preparations and other issues. He told the media that he is likely to visit New Delhi before the India-Bangladesh Consultative Committee. Mr. Shringla, who is on a two-day visit to Dhaka, met with Prime Minister Sheikh Hasina on Tuesday where a two-year road map for bilateral ties was discussed.

A highly placed source said Ms. Hasina raised the issue of Rohingya refugees in the Chittagong hills and urged India’s support for “early and safe repatriation” of the 1.2 million Rohingya citizens of Myanmar. Bangladesh has asked India to use its non-permanent membership at the UN Security Council during 2021 to increase pressure on Myanmar for the repatriation of the Rohingya refugees. Mr. Shringla also discussed the proposal for a travel bubble for flights with Bangladesh that will allow smooth movement for business, official and medical personnel. The source also informed that the Prime Minister and the Foreign Secretary discussed security issues of mutual interest.

Mr. Shringla’s visit, however, will not include a meeting with Foreign Minister A.K. Abdul Momen who is away in his parliamentary constituency in Sylhet. Speaking to reporters in Sylhet, the Minister said there was no sign of fracture in India-Bangladesh ties. Mr. Momen had said last week that like China, India too should provide tariff-free facility for exports from Bangladesh. The visit by Mr. Shringla is being viewed as extraordinary because of the pandemic scenario and has been interpreted as India’s attempt to prevent growing Chinese influence in Bangladesh.

The Sheikh Hasina government has recently reached an agreement with China over building of a $1 billion irrigation project at the Teesta which will benefit the country’s farmers in the Rangpur region during the lean seasons. Construction of the project will effectively neutralise the Teesta water negotiations with India. Over the last few months, allegations were levelled against Ms. Hasina’s government about slow pace for sanctioning projects that are supported by India.

But coinciding with Mr. Shringla’s visit, the ECNEC (Executive Committee of the National Economic Council) under Ms. Hasina’s leadership cleared the plan for a major highway project that will connect Baraiyarhat-Heyanko and Ramgarh of northern Chittagong near the borders with the northeastern State of Tripura. The ₹1,000-crore project will help the northeast region by connecting with Chittagong as well as its port which can emerge as a gateway to the northeast.

*Our Digital Subscription plans do not currently include the e-paper ,crossword, iPhone, iPad mobile applications and print. Our plans enhance your reading experience.

Don't Miss it Coronavirus: All you need to know about symptoms and risks | News
Up Next Ontario reports 102 new COVID-19 cases, slight drop from a day earlier