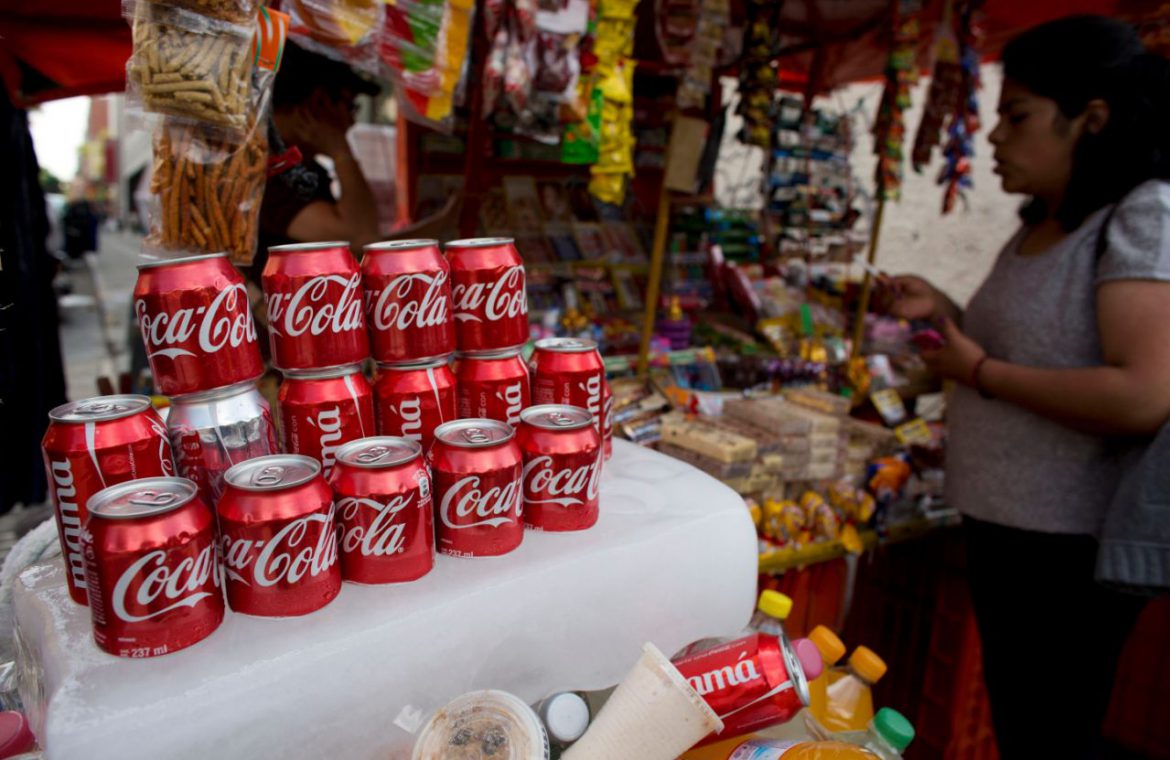 Rodolfo Villanueva, 37, and his family run a mom-and-pop store near the Mexican president’s residence. The business depends on selling soda for much of its business so Villanueva believes a proposed tax on sugary drinks will drive down sales, at least in the short term.

Health undersecretary Hugo López-Gatell connected soda consumption with COVID-19 deaths, blaming sugar for causing comorbidities such as obesity, diabetes and hypertension – maladies common in Mexico, where almost three-quarters of the population is overweight, according to a study by the Organisation for Economic Cooperation and Development.

“Why do we need bottled poison in soft drinks?” López-Gatell asked. “Health in Mexico would be very different if we stopped being deceived by these lifestyles sold on television and heard on radio and which we see on adverts – as if this was happiness.”

As COVID-19 cases mount in Mexico and the death toll soars – Mexico only trails Brazil and the United States in total pandemic fatalities – López-Gatell and President Andrés Manuel López Obrador have increasingly pinned Mexico’s pandemic problems on its poor nutrition habits — soda consumption chief among them.

Mexicans drink more soda per-capita than any other country – an estimated 163 liters per year. And bottlers, such as Coca-Cola, deliver its products to the remote corners of the country – where potable water is scant and soda is often sold for less than water..

Both López-Gatell and López Obrador equivocate on the effectiveness of wearing face masks. But they’ve expressed fewer doubts on the negative impact of junk food and soda consumption and its connection to COVID-19 fatalities.

“The evidence is very clear, but there are many interests, which have led to information being covered up in other (past) administrations,” said López-Gatell who also claimed sugary drinks consumption claimed 40,000 deaths annually in Mexico. “With products that do damage, we have to discourage their consumption so that fewer people are unhealthy.”

The attacks on big soda and admonishments to eat better come as López-Gatell comes under criticism for his handling of the pandemic – especially a policy of not testing widely and not conducting contact tracing – as the death toll closes in 60,000 fatalities.

López Obrador, meanwhile, has peddled self-help lists as the pandemic worsens – with tips such as eating a “traditional diet” of corn, rice and beans, avoiding consumerism and finding spirituality. And he’s spoken favorably of families acting as a social safety net rather than announcing robust economic relief packages.

“Dr. López-Gatell has decided to adopt a new strategy: find scapegoats,” said Malaquías López-Cervantes, public health professor at the National Autonomous University of Mexico. “It’s a pretext because the fact is that sugary drinks contribute to gaining weight and obesity in Mexico is nothing new.”

Mexico’s beverage industry shot back at López-Gatell, saying Mexicans consume less than 6% of their daily calories from sugary drinks and alleging his comments “show the need to find a public enemy to hold responsible for the health crisis the country confronts due to the COVID-19 pandemic.”

Public health proponents, however, call the castigation of big soda long overdue. And some states are starting to act.

Southern Oaxaca state this month approved a ban on the sale of sodas and sugary snack foods to children. Tabasco state approved a similar measure this month and federal lawmakers have raised the possibility of approving a national ban on junk food sales to kids, citing COVID-19 complications.

Cans of Coca-Cola sit on an ice block to keep cool at a street vendor’s stand in Mexico City in 2014.

“There was already a pandemic and we were calling attention to it and saying: people are dying,” said Alejandro Calvillo, director of El Poder del Consumidor, a consumer organization and long-time critic of Mexico’s beverage industry.

The soda habit starts young in Mexico. A survey by El Poder del Consumidor from a marginalized corner of Guerrero state found 70% of children consumed soda for breakfast; another 70% of children reported drinking sodas at least three times the previous day.

“What really strikes me is seeing people at 7 a.m. already poisoning themselves by drinking Coca-Cola,” said Pedro Arriaga, a Jesuit priest in rural Chiapas.

Beverage companies are among Mexico’s biggest advertisers and political lobbies. Calvillo and other proponents of a tax on sugary drinks were among the targets of an espionage campaign, in which sophisticated spyware was surreptitiously installed on their smartphones. (The government and beverage industry denied any involvement in the espionage.)

Mexico introduced a tax on sugary drinks and high-calorie snacks in 2014 as part of a fiscal reform. The 1-peso-per liter tax (roughly 5 cents) diminished soda consumption by 6% in 2015 and 7.5% in 2016, according to Juan Rivera Dommarco, general director of Mexico’s National Public Health Institute.

The money raised by the tax, however, hasn’t gone toward public health as promised or paid for installing fountains in dilapidated schoolhouses, which often lack running water, according to Calvillo.

The impact of the soda tax is also disputed by the owners of Mexico’s ubiquitous mom-and-pop retailers, who say people simply prioritize sugary drinks ahead of other purchases.

“Soda-drinking habits correspond to poverty and the economic needs of the country,” said Cuauhtémoc Rivera, director of the National Alliance of Small Merchants, Anpec, which represents thousands of mom-and-pop stores.

“There’s no money to consume (a healthy) diet or eat better,” he said, adding that small merchants depend on soda for 25% of sales.

“It’s like an addiction, even though we know it does damage, we keep on consuming it,” Víctor Martínez Alvarado, a government employee said after buying a three-liter bottle of sugar-free Coca-Cola. “They say sugar-free doesn’t do damage, but I think it’s the same. It does the same damage.”

“I’m aware as a consumer that this causes damage,” David González Flores, a construction worker, said between sips of Coca-Cola. “But it’s something that I like.”

COVID & THE BORDER: Restrictions extended until at least Sept. 21