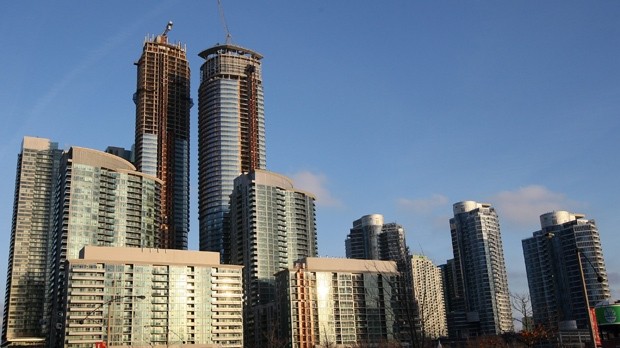 TORONTO — Landlords are lining up to sign Rees Nam and their partner as tenants, even though the two have already found an apartment in Toronto – a far cry from when Nam was last on the hunt, two years ago.

Back then, it took a personal connection for Nam to secure a lease, but this time around they and their partner signed one a week after seeing the apartment, which is both bigger and cheaper than their current unit.

“It was very quick,” said Nam, who uses gender-neutral pronouns. “Quicker than what I experienced a couple years ago when I was looking for a place. I found that not only were the rental prices high, but the turnaround was not that fast.”

The process was so quick this time that landlords have been following up with Nam and their partner for weeks, calling to see if they’re still interested in seeing soon-to-be-vacant units.

Power once wielded exclusively by landlords has been passed to their would-be tenants, giving renters the chance to negotiate lower prices – and bigger perks.

Nam and their partner, for instance, asked that the unit be painted before they moved in. And they were able to choose a place with a hands-on landlord with long-term tenants.

The market has been flooded with rental units previously used as AirBnBs or occupied by people who have since moved in with parents or friends to save money, said Geordie Dent, executive director of the Federation of Metro Tenants’ Associations.

“You’re hearing this kind of across the board. A lot of people are moving into units that are semi-furnished and looked like they were ready to go as an AirBnB,” Dent said. “The other area where I think you might see some increasing supplies (is) from student housing.”

According to a report released this month by the online brokerage Zoocasa, the number of condos listed for rent in Toronto spiked 45 per cent in the second quarter of 2020, compared to the same time last year. In the downtown area, it grew a whopping 80 per cent.

The average condo rental price across the city dropped by six per cent over the previous year, the report said, as the number of condos leased declined by 25 per cent in the same period.

Sara Rowshanbin, a broker who represents buyers, sellers, landlords and tenants, said her business has seen a dramatic shift during the pandemic, with fewer people looking to rent.

“When I usually have tenant clients this time of the year, it’s almost exclusively students or new immigrants looking to secure housing before the school year starts,” she said. “And that’s come to almost a full standstill.”

But for those who are looking for units, she said, the benefits are manifold.

“In the downtown core, which is where most of my tenants would be looking at this time of the year, it’s so, so much easier in terms of finding a better price,” Rowshanbin said.

She said some have been shocked by the shift.

“We forget in Toronto, the market doesn’t always go up in a balanced situation. It sometimes stays the same, and once in a while it goes down a little,” she said. “The extent that we’ve seen leases go down, in the midst of a pandemic especially, it’s actually a little bit welcome. It’s part of the balance.”

William Blake, a landlord and member of the Ontario Landlords Association, agreed.

“Let’s face it, landlords have been having a very solid, strong market. We’ve had the advantage over the past 10 years especially,” he said. “But tenants now have higher expectations. They can shop around, so landlords have to take that extra step to make their place stand out.”

Blake said he has been upgrading the appliances in his units and lowering rents, he said – anything to make them “sparkle.”

He said he hopes this serves as a wake-up call to absentee landlords.

“The professional landlords who take being a landlord very, very seriously, like myself, we’re still doing very well. The turbulence is fine,” he said.

“But it’s the amateur landlords who thought, ‘Oh, it’s just an investment. I don’t have to work at all. I just put people in and collect the rent.’ These are the people who are going to be having a hard time during this period.”