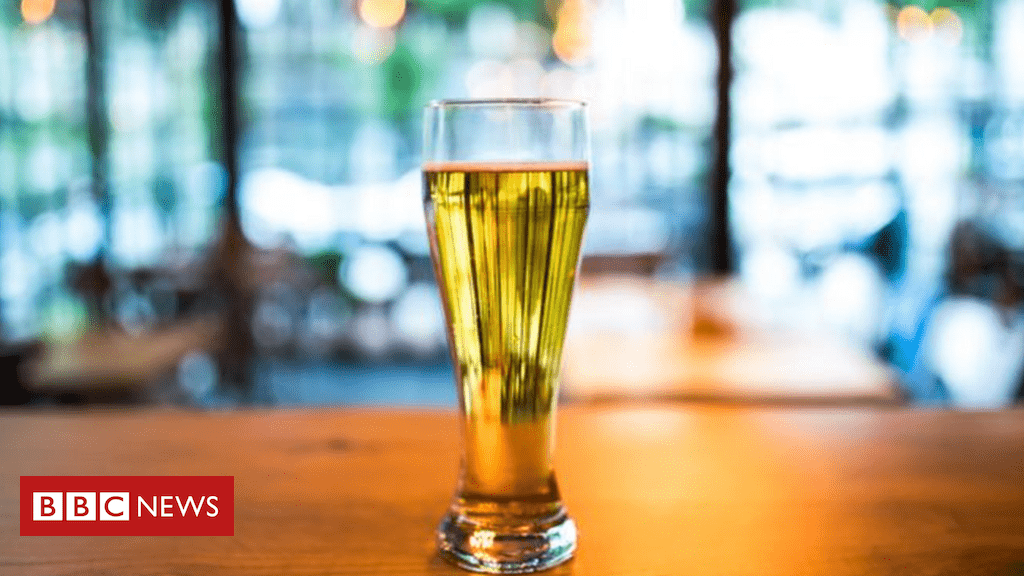 Northern Ireland’s health minister has hit out at licensed premises that have been breaking Covid-19 guidelines.

There has been a “blatant disregard” for Covid-19 regulations by some in the hospitality sector, said Robin Swann.

“If you flout the rules you must face the consequences,” he told a news conference at Stormont.

He said he will propose to executive ministers that legislation should be strengthened to punish those premises.

Some pubs, hotels, restaurants and cafes were allowed to open in July but had to follow guidance published from the industry that set out conditions for operating.

Mr Swann said he had heard “worrying reports” from some members of the public and staff in certain companies about guidance being breached.

He said he would ask the executive to “prioritise” legislation to deal with the issue.

“The regulations and recommendations we worked with Hospitality Ulster on… was very clear as to how it should all take place,” he said.

“We worked with those sectors about how they could regulate themselves; this wasn’t about coming down heavy-handed, but what we’re now seeing is the blatant disregard for the guidance issued by their own industry.”

The minister said the executive would consider recommendations from Hospitality Ulster about licensing laws.

The minister made his comments as the latest Covid-19 reproduction number (R) in Northern Ireland was revealed to be estimated at between 1.0 and 1.6.

The Department of Health said the average number of new tests a day over the past seven days was 56.3.

This shows a further increase in transmission in the last week, according to the department.

However, it added that the increase was “likely to be strongly influenced by a meat factory outbreak in Mid and East Antrim”.

In the Republic of Ireland, there were 93 new cases of Covid-19 reported on Thursday, but no further Covid-related deaths. It brings the total number of confirmed cases since the outbreak began to 28,453, while there have been 1,777 deaths associated with the virus.

Of the new cases reported, 70% involve people under the age of 45.

Mr Swann told the briefing that further clusters and outbreaks in NI hospitals “are inevitable”, warning that there could be a difficult winter ahead.

“We must stick together as a society,” he said.

Northern Ireland’s Chief Scientific Adviser Prof Ian Young warned that an increase in testing was only a “partial explanation” for the rise in the number of positive cases.

“The virus is spreading and is everywhere in Northern Ireland,” he told the press conference.

The Chief Medical Officer, Dr Michael McBride, said more people in Northern Ireland would be admitted to hospital with Covid-19 and ultimately die unless the spread of the virus is curbed.

Given that many of the new confirmed cases of the virus are in young people, he made an appeal to that generation: “Please do not put your parents and your grandparents at risk.”

Meanwhile, it emerged that from this Saturday, those arriving in Northern Ireland from Cuba will not need to self-isolate.

Following a review of the scientific and medical evidence, Cuba will be added to the Travel Corridors exemption list at 04:00 BST on Saturday.

Conversely, Switzerland, Jamaica and Czech Republic will be removed from the list, so anyone arriving from these countries after 04:00 BST will be required to self-isolate for 14 days.

Mr Swann said his department “will continue to monitor the situation in all countries and will move swiftly to make changes to the regulations when necessary”.

Earlier on Thursday, an official survey suggested that levels of concern about Covid-19 appear to be decreasing in Northern Ireland.

The survey by statistics agency Nisra is based on 1,785 interviews carried out between 21 April and 23 July 2020.

Overall, just over seven out of 10 people (72%) said they were “very” or “somewhat worried” about the effect of the virus on their lives.

The figure is higher from April to May, than it was in the later part of the survey.

There were higher levels of worry among people with a long-standing illness, with more than three-quarters saying they were worried.

In the Nisra survey, almost two-thirds of those who home-schooled their children said they were confident in their ability to do so, but just over a quarter said they weren’t.

And most believe their children were continuing to learn (79%), while just over one in ten (12%) disagreed.

Most surveyed believe their children were continuing to learn during coronavirus (79%), while 12% disagreed

Around a third of people (32%) expect their financial position to get worse in the next 12 months, while 13% expect it to improve. Just over half (55%) believe it will stay the same.

Those perceptions change by age group, with almost 40% of those in the 45-64 group expecting their financial position to get a little or a lot worse in the next year.

The majority of people aged 65 and over (71%) expect their financial position to remain the same in the next twelve months.

Feelings of life satisfaction’, what you do in life is “worthwhile” and “happiness” were significantly higher for people aged 65 and over when compared to other age group.

But there were no significant differences observed between people aged 16-44 and 45-64 for these measures.

Similarly, feelings of anxiety for people aged 65 and over were significantly lower than for those aged 45-64.

The vast majority of people (80%) said they had avoided contact with older people or other vulnerable people in the seven days prior to interview because of the Coronavirus (COVID-19) outbreak.

That figure dropped over time – around nine out of 10 people interviewed between 20 April to 17 May 2020 said that they had avoided contact with older or vulnerable people in the seven days prior to interview because of the COVID-19 outbreak.