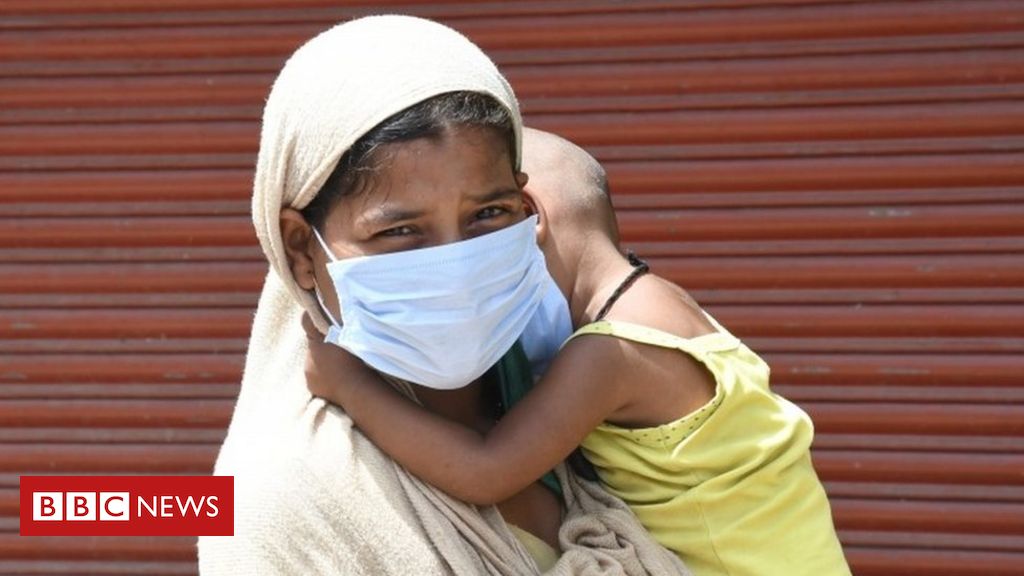 India has set a record for the world’s highest single-day increase in coronavirus cases.

The nation, the world’s third-most infected, on Sunday reported 78,761 new cases in 24 hours, passing the number posted in the US on 17 July.

The rise comes as the government continues to lift restrictions to try to boost an economy that lost millions of jobs when the virus hit in March.

An upsurge of Covid-19 in many rural areas continues to be a major concern.

On Sunday, global infections passed the 25 million mark, with 843,000 deaths. The US remains the most affected nation, closing in on six million infections, according to Johns Hopkins University research.

What’s behind the Indian increase?

India’s single-day tally on Sunday passed the one-day increase of 77,299 reported by the United States on 17 July.

Cardiology doctor, Manoj Kumar, told Reuters: “It is the largest one-day surge in cases worldwide and the reason behind this – because the pandemic is spreading in the rural areas.”

In the initial stages of Covid-19, India appeared to be doing fairly well, imposing a strict lockdown, but the virus then hit megacities like Mumbai and Delhi, before surging in smaller cities and rural areas.

Despite the increase, the government has pressed ahead with easing restrictions.

Gatherings of up to 100 people will be allowed at cultural, entertainment and sports events from next month, with face mask and social distancing measures.

Dr Rajiv Parekh, chairman of the Medanta division of peripheral vascular and endovascular sciences, told Reuters: “People thought that once the numbers started to go down, this was it, they had won the war…. everybody was out there without wearing a mask, without any social distancing.

“That is something that we should not have allowed to have happened.”

The figure of 63,000 deaths in India is roughly on a par with Mexico. But infections in the central American nation are only at 591,000, compared to India’s 3.5 million.

India’s government collates the number of deaths from positive cases but not from suspected infections.

What has the government said?

He called on citizens to observe the rules and remain united to try to defeat coronavirus.

“It is important that every citizen is healthy and happy and we defeat coronavirus completely together,” Mr Modi said.

“Corona can only be defeated when you remain safe, when you fulfil the resolve of keeping a safe distance of two metres and wearing masks.”

Don't Miss it Government again delays decision on national rent relief amid COVID-19 crisis | ABC News
Up Next There’s a ban on leaving Australia under COVID-19. Who can get an exemption to go overseas? And how?