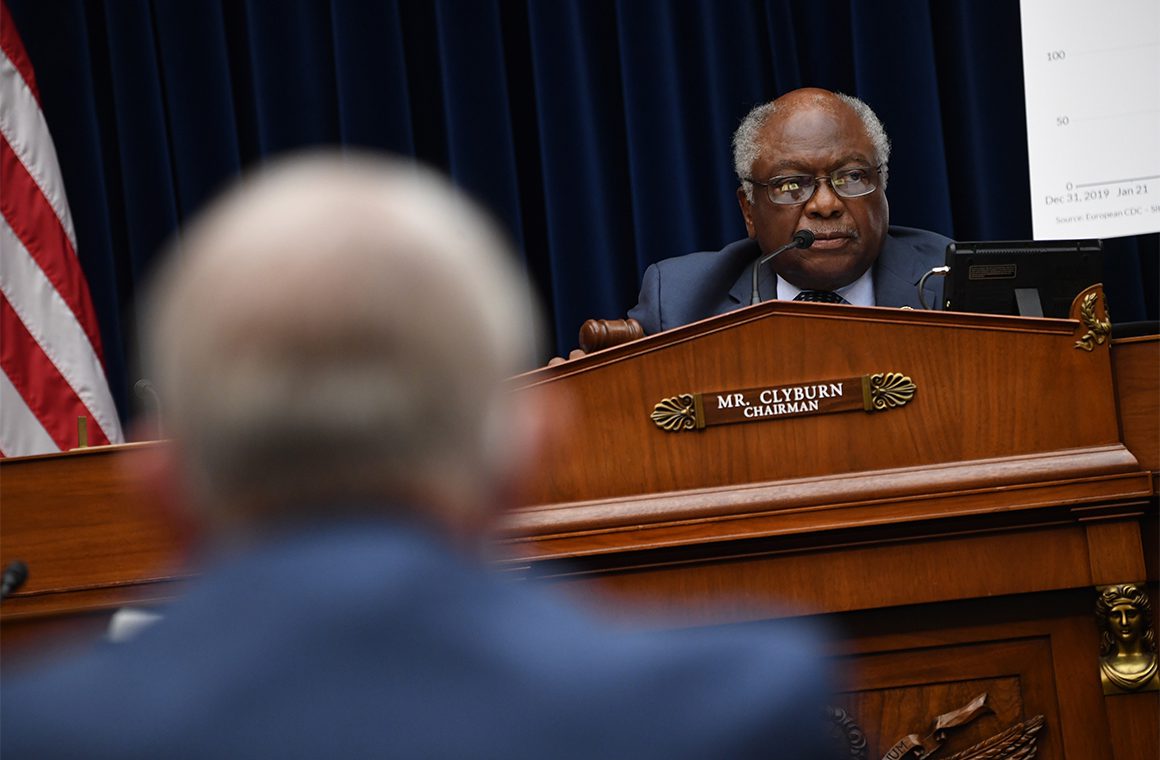 White House spokesperson Judd Deere accused the lawmakers of “irresponsibly” releasing the documents “for the purpose of falsely distorting the President’s record.”

White House Communications Director Alyssa Farah said the administration began a public health messaging campaign in July to states with large outbreaks “to warn the public to follow mitigation practices to bring down the number of cases.”

“The notion that we are trying to hide information from the public is absurd,” she said.

The documents released by the committee also reveal that several states have failed to implement public health recommendations the task force made more than two months ago — including mask mandates, closing bars and banning large gatherings — and that the administration has made little effort to enforce its guidance or make the same recommendations publicly.

The documents came in response to a request the House panel made on July 29, and the subcommittee said more requests will follow.

The risk assessments for states came at the same time President Donald Trump was insisting during briefings that that his administration’s pandemic response was working and publicly contradicting or belittling his scientists — sometimes as they stood beside him.

In mid-June, documents showed the task force confidentially alerted seven states where spikes in cases had put them in the “red zone” of highest virus spread, just after Vice President Mike Pence, who led the task force, wrote an op-ed dismissing fears of a “second wave” of the virus as “overblown.”

By late June, documents revealed 10 states were in the red zone, and that cases had surged in Alabama, Florida, Georgia, Louisiana, and Texas. But Pence at the time continued to say that “all 50 states are opening up safely and responsibly.”

By mid-July, 19 states were in the “red zone” and the task force was pleading with them to increase testing. However, Trump repeatedly insisted that the country was testing too much and claimed without evidence that the virus would soon “disappear.”

By early August, the task force document listed 23 states in the red zone — right around the time Trump in an Axios interview brushed off concerns of more than 1,000 people dying per day, saying, “It is what it is. But that doesn’t mean we aren’t doing everything we can. It’s under control as much as you can control it.”

Clyburn and the committee are calling on the White House to make such pandemic reports public going forward, saying Americans need to learn the information in real time.

Don't Miss it City details plans for ‘inevitable’ second wave of COVID-19
Up Next Still ill with coronavirus six months later: ‘I have no idea how to get better’