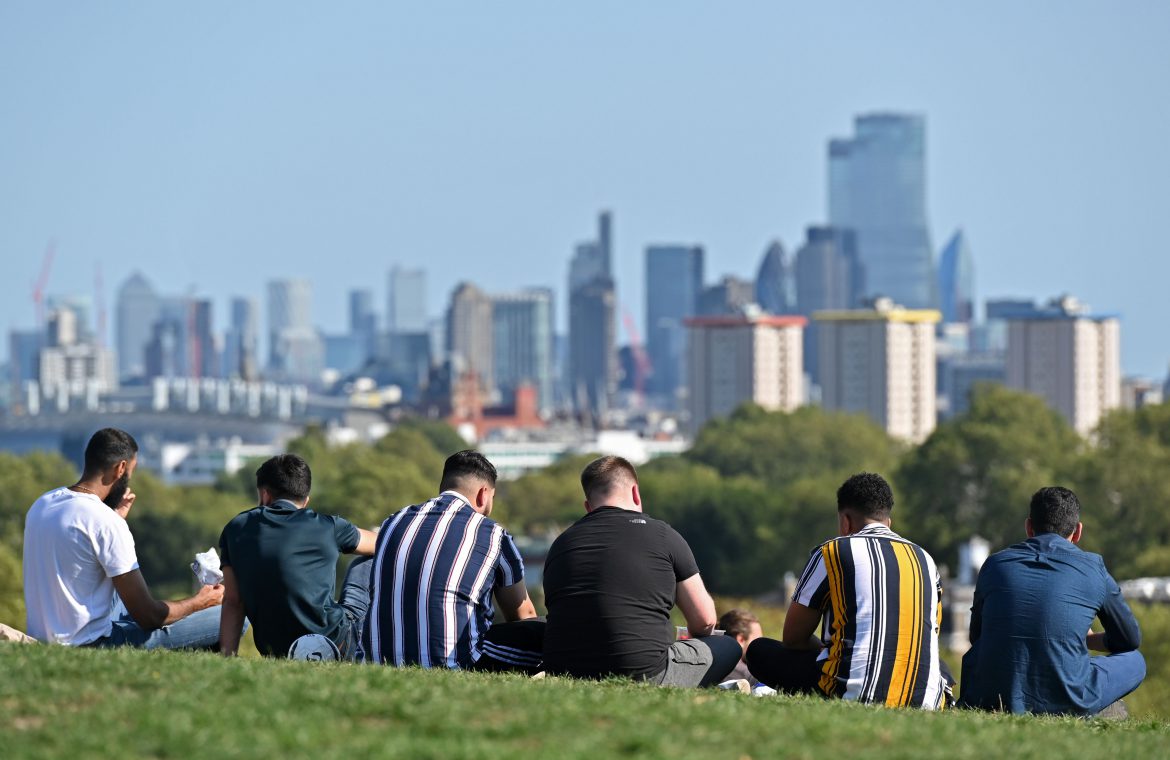 Doctors have warned that a second wave of coronavirus is imminent in the UK, as social gatherings of more than six people are now banned in England under the “rule of six”.

The government’s new measure comes in an attempt to halt the rapid rise in the number of Covid-19 cases in the UK, where more than 3,000 new infections were detected for three consecutive days from Friday to Sunday.

Police will be expected to exercise their discretion in enforcing the “rule of six”, Downing Street said.

The UK is by no means the only country to be struggling with an increase in infections, with the World Health Organization reporting on Sunday that there had been 307,930 new cases globally in 24 hours, a record one-day jump.

Elsewhere, Israel is to become the first country to reimpose lockdown when nationwide restrictions start on Friday.

Shooting and hunting exempt from ‘rule of six’

Ministers have been accused of favouring Tory donors with the new coronavirus restrictions, after it emerged that groups of more than six people can go hunting.

Government guidelines published as the “rule of six” came into force in England provide an exemption for shooting – including hunting and paintball that requires a shotgun or firearms certificate licence – as an organised sport that can be done with more than five others.

Shadow environment secretary Luke Pollard said: “Across the country, people are struggling to get Covid-19 tests anywhere near their homes.

“But the Conservatives are distracted with trying to exempt the bloodsport passions of their big donors from coronavirus regulations. It shows where this Government’s priorities really lie.

“It is clear there’s one rule for the cabinet and their mates and another for the rest of us.”

The government’s Covid dashboard has not yet been updated with the latest daily figures because of “an ongoing issue with Microsoft Azure”.

It marks a slight decrease on recent daily case figures, which topped 3,000 for three days in a row.

A further nine people have died within 28 days of testing positive for Covid-19. This brings the UK total to 41,637.

Half of coronavirus fines unpaid

More than half of the 19,171 fines issued for alleged breaches of Covid-19 laws in England and Wales have not been paid, according to the attorney general.

Figures published in the letter, dated 25 August, show 8,954 FPNs – 8,325 in England and 629 in Wales – have not been paid in time and can be considered for prosecution. Another 1,287 unpaid FPNs are still within the 28-day payment period.

A firm of solicitors in Bolton has been closed down after it was linked to 18 cases of coronavirus.

Accident Injury Solicitors, on Blackburn Road, was ordered to close immediately on Friday by environmental health officers and will remain shut until improvements have been made, a spokesman for Bolton Council said.

Family members of employees at the business had contacted the council to report that staff were not being informed of Covid-19 cases in the workplace and were being forced to work alongside others who had tested positive.

The council’s cabinet member for environment regulatory services, Hilary Fairclough, said: “The firm clearly showed a disregard for the health of their staff and the wider community. I urge anyone who has concerns about their place of work, or any business, to let us know so we can investigate.

“This council takes a zero-tolerance approach to those flouting the Covid-19 rules.”

It comes after daily confirmed cases across the country reached a record level of over 10,000 last week.

The government on Friday promised steps to speed up tests and toughen measures in high-infection zones to avert a return to the general lockdown imposed earlier this year.

A local official for the region that encompasses the city of Bordeaux said the measures included limiting the number of guests for those in nursing homes to two each week and reducing public-event attendance numbers to 1,000 from 5,000.

Officials also cancelled the cultural European Heritage Days in September in the region, banned drinking and eating in bars while standing, and public gatherings of 10 people or more in parks and beaches in Bordeaux.

“This is to slow down significantly the circulation of the virus”, Fabienne Buccio said during a press conference.

Here’s some more detail on the data breach at Public Health Wales, who say there is no evidence that it has been misused “at this stage”.

PHW said in a statement: “In the majority of cases (16,179 people) the information consisted of their initials, date of birth, geographical area and sex meaning that the risk they could be identified is low.

“However, for 1,926 people living in nursing homes or other enclosed settings such as supported housing, or residents who share the same postcode as these settings, the information also included the name of the setting. The risk of identification for these individuals therefore is higher but is still considered low.

“There is no evidence at this stage that the data has been misused. However, we recognise the concern and anxiety this will cause and deeply regret that on this occasion we have failed to protect Welsh residents’ confidential information.”

New coronavirus laws have made “mingling” between different groups in pubs, restaurants and other public places a criminal offence.

They state that “people may not participate in social gatherings, in any place, in groups of more than six, unless they are members of the same household, two linked households, or exceptions apply”.

The government’s chief scientific adviser says he was rebuked for arguing strongly for imposing a lockdown sooner than it was actually introduced, it has emerged.

In an email uncovered by a BBC Freedom of Information request, Sir Patrick Vallance reveals he was given a “telling off” from other senior officials.

Some scientists say lives could have been saved had a lockdown been introduced earlier. The government insists there was no delay.

Matt Hancock wanted to restrict the number of people who could get a coronavirus test in Scotland because of a UK-wide backlog, Nicola Sturgeon has said.

But his Scottish counterpart Jeane Freeman “managed to avoid that happening” during negotiations over the weekend, Ms Sturgeon said.

She explained that the UK government processes most Covid-19 tests in Scotland but a UK-wide “demand issue” has been causing delays for patients waiting to receive their results.

Ms Sturgeon said she had “serious concern” about the testing backlog and has urged Mr Hancock to share the “full scale and nature of issues they are facing” so her government could help to try to fix the problems.

Public Health Wales says the personal data of 18,105 Welsh residents who had tested positive for Covid-19 was “uploaded by mistake to a public server where it was searchable by anyone using the site”.

The data was for every Welsh resident who tested positive for coronavirus between 27 February and 30 August.

After being alerted to the breach, which Public Health Wales said was the result of “individual human error”, the data was removed on the morning of 31 August.

Don't Miss it Nancy Pelosi seen without mask inside San Francisco hair salon – BBC News
Up Next What you need to know about COVID-19 in Ottawa on Monday, Sept. 14