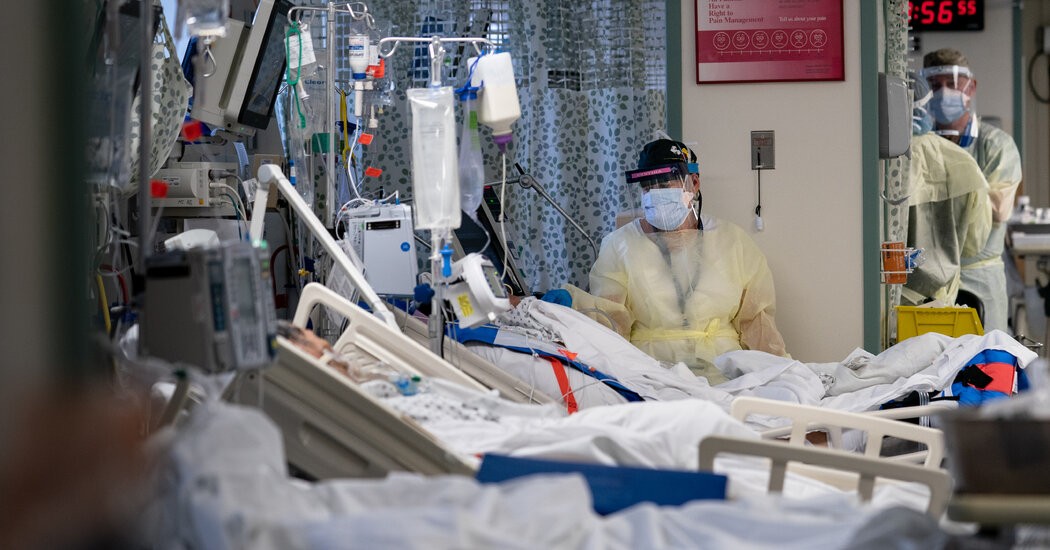 A single infusion of an experimental drug has markedly reduced levels of the coronavirus in newly infected patients and lowered the chances that they would need hospitalization, the drug’s maker announced on Wednesday.

The drug is a monoclonal antibody, a manufactured copy of an antibody produced by a patient who recovered from Covid-19, the illness caused by the coronavirus. Many scientists hope that monoclonal antibodies will prove to be powerful treatments for Covid-19, but they are difficult and expensive to manufacture, and progress has been slow.

The announcement, by Eli Lilly, was not accompanied by detailed data; independent scientists have not yet reviewed the results, nor have they been published in a peer-reviewed journal.

The findings are the interim results of a trial sponsored by the pharmaceutical company. More than 450 newly diagnosed patients received the monoclonal antibody or a placebo infusion. Some 1.7 percent of those who got the drug were hospitalized, compared with 6 percent of those who received a placebo — a 72 percent reduction in risk.

Levels of the coronavirus plummeted among participants who received the drug, and their symptoms were fewer, compared with those who got the placebo.

Every treatment so far shown to help coronavirus patients — the antiviral drug remdesivir and the steroid dexamethasone — is intended only for seriously ill hospitalized patients. Those with mild to moderate disease have had to wait and hope for the best.

Dr. Myron Cohen, director of the Institute for Global Health and Infectious Diseases at the University of North Carolina at Chapel Hill, said he was impressed.

“It’s exciting,” said Dr. Cohen, who was not involved in the study. The clinical trial appears to be rigorous, and the results are “really compelling.”

Other companies, too, are developing monoclonal antibodies to combat the coronavirus, he noted: “This is the opening of a door.”

The study will eventually enroll 800 patients of all ages and in all risk categories at sites across the United States. So far the research has proceeded with unusual speed.

In six months, Eli Lilly isolated an antibody from one of the first Covid-19 survivors, turned it into a drug and began a study, enrolling the first patients on June 17. “It was an all-out effort,” said Dr. Daniel Skovronsky, the company’s chief scientific officer.

The goal was to enroll patients as soon as they were infected, but that meant accelerating the usual selection process. Trial sites administered rapid diagnostic tests and moved quickly to enroll eligible patients.

Eli Lilly is also testing the drug in nursing homes to see if it prevents infections in residents and staff members.

In addition to constantly measuring levels of the coronavirus in the participants’ bodies, the investigators also sought to understand whether the pathogen was mutating to avoid antibodies.

They found that the virus was changing, to some extent: 8 percent of the viruses had mutated in participants getting the drug, compared with 6 percent in those receiving the placebo. (Presumably, the virus also was trying to dodge the natural antibodies that placebo patients were making on their own.)

The investigators expected that their drug might lower the amount of virus in the body. They did not anticipate a sharp reduction in patients who needed hospitalization.

“This is the first time we have ever seen anything of this magnitude,” Dr. Skovronsky said.

The antibody drug did not produce significant side effects, he said. Patients received a single infusion, providing antibodies that should last about a month.

There is good news regarding a vaccine in these findings. If monoclonal antibodies had not worked, then the finding may have cast doubt on the notion that the virus can be stopped with antibodies.

On the other hand, the results — if they are proven accurate — do not guarantee that a vaccine will work. Eli Lilly’s monoclonal antibody is a temporary treatment; a vaccine is designed to elicit long-lasting natural antibodies and thus immunity.

Like other companies, Eli Lilly has been manufacturing large quantities of its drug — 100,000 doses — in hopes that it turns out to be effective.

The company will be discussing its data with the Food and Drug Administration, Dr. Skovronsky said, along with the possibility of obtaining an emergency use authorization allowing Eli Lilly to market the drug.

Monoclonal antibodies are expensive to make and carry high price tags, often thousands of dollars per dose. But if the findings hold up, there will be comfort for the public in knowing there is something doctors can do to head off dire illness, Dr. Cohen said.

“For my wife and I, who are older and fatter — we are waiting for drugs like this so we can see our grandchildren,” he added.