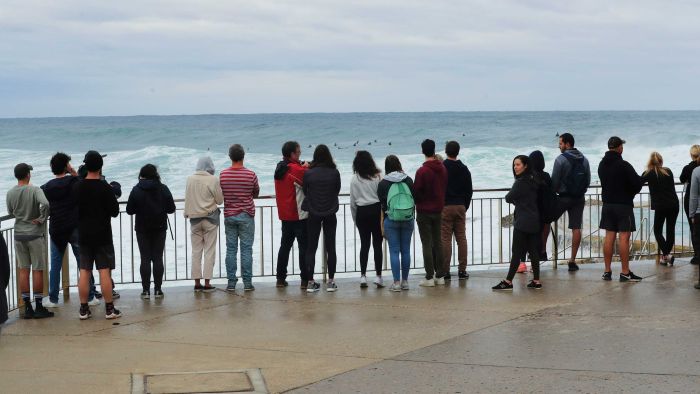 Experts are calling on the Federal Government to release details of how it intends to distribute approved COVID-19 vaccines across the country, saying Australians deserve information about who is likely to get the drug first.

Key points:It is ‘highly unlikely’ all Australians will be able to be vaccinated at once, according to experts The Federal Government says decisions about implementation will be made “if and when a vaccine is available”Some experts say a lottery-based system might be part of the solution

Health, ethics and economics experts, as well as the Australian Medical Association (AMA), say now is the time for community consultation around how Australians will be prioritised in a national COVID-19 immunisation program.

Kristine Macartney, the director of the National Centre for Immunisation Research and Surveillance (NCIRS), said even with supply agreements in place, Australia was likely to face a situation where some citizens would receive the vaccine while others were forced to wait.

“It’s highly likely there will be a limited supply of the vaccine,” she said.

“That reinforces the need to decide on prioritisation.”

Xavier Symons, a postdoctoral research fellow at the Plunkett Centre of Ethics, said people were owed information about where they sat on the priority list.

“Being transparent with the public about the decision-making process is very important,” he said.

“The Government needs to let the public know what its ethical order of prioritisation is.”

Health, ethics and economics experts are advising governments around the world on how to fairly distribute a COVID-19 vaccine.

In both the United Kingdom and the United States, the draft or interim advice provided to governments has been released publicly.

These reports contain a great amount of detail and recommend the order in which citizens should access COVID-19 vaccines, and the reasoning behind those decisions.

‘We need a clear and transparent plan’

In Australia, the group advising the Federal Government on how any COVID-19 vaccine should be rolled out is the Australian Technical Advisory Group on Immunisation (ATAGI).

The Federal Government has released a broad COVID-19 vaccine and treatment strategy document, which says: “As vaccines are approved for Australian use, the national COVID-19 immunisation program will be updated regularly on the basis of ongoing ATAGI advice.”

It continues: “Australian Government agencies are working with states and territories on transportation, storage and distribution plans.”

The ATAGI last met at the end of August, but notes from a June meeting say: “ATAGI discussed key considerations for implementing a COVID-19 vaccine at a population level, including regulatory approvals, manufacturing capacity, distribution, safety evaluation, public risk perception and equity of access.”

AMA national president Omar Khorshid said the planning should be made public.

“We don’t know what volumes of vaccine we might have, whether it be a huge batch or trickle in slowly, so we need a clear and transparent plan about who should be given it, when,” he said.

Dr Macartney runs the NCIRS and is therefore automatically a member of ATAGI.

She said the nature of the pandemic and the urgent need for a vaccine meant usual processes had been significantly sped up.

Catch up on the main COVID-19 news from September 17 with our coronavirus blog.

Dr Symons said if the Government was planning for the first doses to be made available in January, there should be more transparency over the allocation and distribution decisions being made now.

“With 25 million people, presumably there will be some sort of delay, some sort of bottleneck in the process that is going to require prioritisation,” he said.

“It’s an obvious problem that I would assume they’re trying to address, but if that’s the case, it’s not being done in a very public way.”

Experts say some Australians will be considered high-priority vaccine recipients, while others will have to wait.(AAP: Richard Wainwright)

A spokesperson for the Department of Health did not respond to questions about community consultation, but said the Government was working to ensure a COVID-19 vaccine would “be accessible to Australians, as soon as it becomes available”.

“If and when a vaccine becomes available, decisions on how to best implement a vaccination program will be made taking into account all available public health, medical and epidemiological data available at that time,” they said.

“The Australian Government will also be seeking advice from a number of experts, including the ATAGI. This will include advice on the highest priority groups for vaccination as well as population-wide vaccine rollout.”

Philip Clarke is director of the Health Economics Research Centre at Oxford University, and a University of Melbourne academic.

He said communication with the public was important if people were going to have to accept being lower in the queue.

“People will say, ‘Why is it them getting it and not me?'” he said.

“People who aren’t vaccinated will have continuing restrictions on them, so I think there really needs to be an understanding in the community about why certain groups get the vaccine and why others have a lower priority.”

Do you know more about this story? Email Specialist.Team@abc.net.au

‘There are tricky decisions to be made’: ethicist

There are some things we already know, including that Australia has the capability to produce tens of millions of doses of two leading vaccine candidates here, and that they are likely to be free.

Prime Minister Scott Morrison has said there will be measures to encourage a high rate of acceptance, as the Government wants to see at least 95 per cent of the population vaccinated.

Even if you know you will eventually have enough supply of the drug to cover everyone, how do you roll it out to 25 million people across a country as large as Australia in a fair and equitable way?

“There are tricky decisions to be made. For example, should prison populations receive the vaccine first? They’re a vulnerable group, if an outbreak happened in a prison, it would probably lead to a high rate of death, but the community may be resistant to that.

“[Among] people with co-morbidities, who should receive priority? People with diabetes or people with a heart condition?”

A Department of Health spokesperson said the Government would seek advice

On Tuesday, the World Health Organization (WHO) released an initial framework to guide leaders preparing plans to deploy COVID-19 vaccines.

The WHO document acknowledged the complexity of this kind of work and made the point that decisions about who gets the vaccine first cannot be wholly based on either public health or economic considerations.

“The two are inextricably linked; economies cannot recover so long as the public health crisis continues,” it read.

“Determining how best to deploy vaccines requires taking into account the various ways in which vaccines can make a difference, and the many different groups whose lives could be improved as a consequence.”

What’s in the UK, US draft advice? If there is a limited amount of vaccine, one way to determine who gets the drug is via a lottery.(AAP: Dean Lewins)

Draft advice in both the UK and the US suggests healthcare workers should be among those first on the list.

At the end of June, the UK’s Joint Committee on Vaccination and Immunisation released interim advice on how a vaccine would be deployed in that country.

“The committee considered this group to be the highest priority for vaccination.”

The people considered to be the next priority for vaccination were “those at increased risk of serious disease and death from COVID-19 infection, stratified according to age and risk factors”.

In the US, the National Academies of Sciences, Engineering, and Medicine was asked by the Centers for Disease Control and Prevention (CDC) to advise policymakers on how to plan for the equitable allocation of COVID-19 vaccines.

Those most essential in sustaining the ongoing COVID-19 response, including healthcare workersThose at greatest risk of severe illness and death and their caregivers Those most essential to maintaining core societal functions, for example, public transport, education and food supply workers

Three leading scientists, including one member of the National Academies of Science, Engineering and Medicine and a faculty member from Johns Hopkins University, published a differing opinion, saying those more likely to be “super spreaders” should be a priority.

“We argue that this pandemic requires a different model for making vaccination choices. After taking care of essential workers, vaccinations should be given to the biggest transmitters of the virus — mostly the young — and only then to the most vulnerable.”

The advice to the CDC also recommended that for “patients with similar prognoses, equality should be operationalised by random allocation” — and that means a lottery.

When there is not enough supply to vaccinate everyone at the same priority level at the same time, a lottery system can be used to determine who gets the drug.

The WHO and a committee of American scientists advising the CDC are of the opinion that “first-come, first-served” is not fair.

A “random selection”, or lottery, is something that has been recommended as part of draft advice to the CDC.

Billions are being poured into the race to find a coronavirus vaccine, with the winner owning a powerful political tool. During the last pandemic an Australian company got there first.

“Treating people equally would be best operationalised by random selection among people with similar prognoses, because a first-come, first-served system is inappropriate for a pandemic,” the draft advice from the National Academies of Sciences, Engineering, and Medicine committee said.

Professor Clarke said random allocation was “fair when you have to ration”.

“In the case of COVID-19, this is actually happening in the US where you haven’t got enough drugs for the treatment of COVID-19, they are actually randomly allocating them, so it’s fair rather than potentially people making arbitrary choices,” he said.

“I think it would be useful to get the views of the public about this.”

If we have a vaccine and a plan — what happens next?

Dr Khorshid from the AMA said “there will be major logistical challenges”.

“We have never vaccinated 25 million people before, so managing those numbers will be difficult,” he said.

“Some of the vaccines, particularly some of the ones being developed in the United States, require storage at extremely cold temperatures, so normal supply chains would need to be different, as you would not be able to store these vaccines at a GP surgery.”

Dr Khorshid said people might receive the shots at “special vaccination centres” set up specifically for the COVID-19 vaccine.

“There would also need to be hospital-based vaccine centres as well because of the scale of the exercise.”

Professor Clarke said “optimistically” it could take a few months.

“It could take much longer depending on the amount of vaccine supplies the Australian Government has at that time,” he said.

Don't Miss it Dr Reddy’s-Sputnik V deal, Could India get a Covid-19 vaccine this year?
Up Next US coronavirus: Enough people have to take a vaccine for it to work, Fauci says