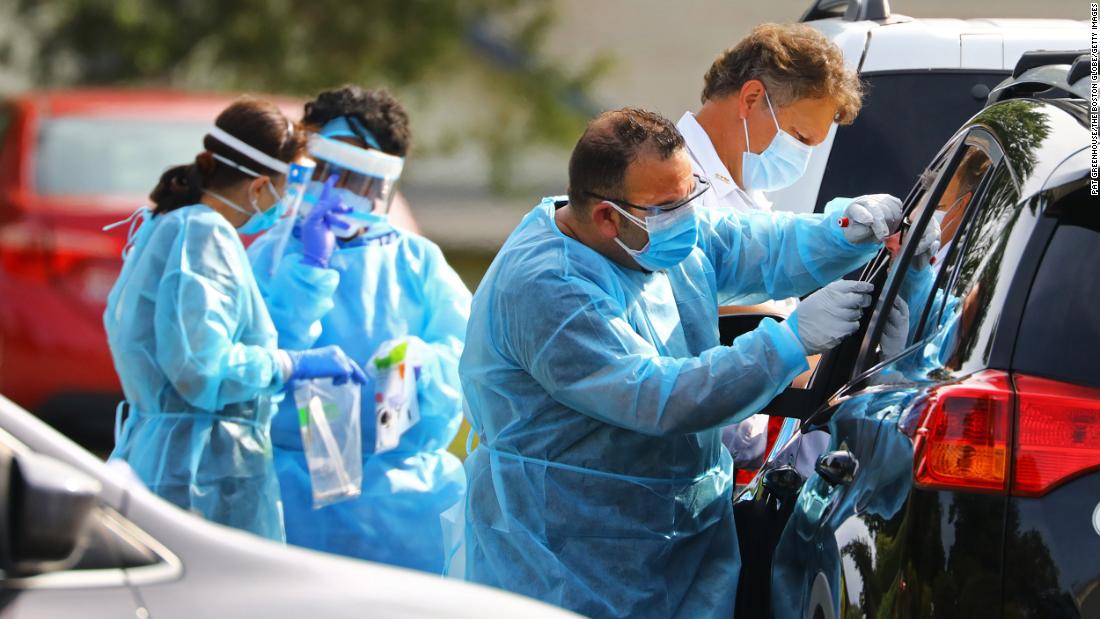 Since the virus broke out in the US more than six months ago, cases have climbed to more than 6.7 million and 199,259 people have died, according to data from Johns Hopkins University. Although many states have begun reopening, many facets of everyday life including work, school and socializing are still being drastically disrupted by coronavirus. And as the pandemic goes on, many people are experiencing more stress and depression, researchers reported in the journal Science Advances Friday.

The study of more than 6,500 people found that several factors may have worsened people’s stress, the researchers reported in the journal Science Advances.

The biggest risk for symptoms of depression was having had a mental health diagnosis before the pandemic, they found.

Another significant factor in pandemic-related stress, they found, is the frequency with which participants were exposed to conflicting information from the media.

People were immersed in news an average of seven hours a day, they found. Acute stress increased as time went on, the surveys showed.

Consistent, accurate, reliable news and social media reports may be one of the best ways to control stress, they suggested.

Experts say a complete return to normal is still a long way away, and some states are still setting records.

Utah had a record high of 1,117 cases on Friday, Utah Gov. Gary Herbert said on Saturday, when he issued an executive order extending the state’s State of Emergency.

The order was set to expire September 19, and will remain in effect until October 20. The order allows alcohol licensees to maintain their licenses if they close down for a period of time and suspends certain requirements for using telehealth as well as requirements that parole hearings be held in person.

The Wisconsin Department of Health also reported a record number of new cases — 2,533 — on Friday. It followed another record-setting day.

The department asked the public to stay home, stay six feet away from others, wash hands and wear masks to protect the community.

The virus hits some communities harder

Communities of color have already been hit much harder by the pandemic in the US.

“Hospitalization rates are three times higher for Hispanics compared to Whites,” he added.

The pandemic, Adams said, has both exploited and exacerbated the health disparities that exist throughout the country and has also highlighted structural conditions that contribute to those disparities.

“Social distancing and teleworking are critical to preventing spread of coronavirus, yet only one in five African Americans and one in six Hispanic Americans have a job that allows him to work from home,” Adams said.

People of color are also more likely to live in “densely packed urban areas” and in multi-generational homes, he said, and take public transportation. “Combined, these and other factors create a greater risk for spread of a highly contagious disease like Covid-19,” he added.

College life has been upended by the coronavirus, with schools struggling to contain campus outbreaks. Some schools have seen their efforts to resurrect college sports marred by Covid-19 infections.

“This is unfortunate, but luckily Coach is feeling fine,” said David Coburn, FSU’s athletics director. “We are proceeding with our Covid protocols as we would with any other case. Coach is isolated, and university tracing staff is handling the contact tracing as they normally do. We will continue to test staff and student-athletes as we have been.”

And a highly anticipated matchup Saturday between Baylor and Houston was postponed as a result of Covid-19 cases on the Baylor team, the universities announced Friday. Baylor was unable to meet the Big 12 Conference’s stipulations that a team must have at least 53 players available to compete. It was the third game postponed in as many weeks for Houston due to Covid-19.Meantime, the American Academy of Pediatrics (AAP) recommended that young athletes who had moderate Covid-19 symptoms should get an electrocardiogram, or EKG, and potentially be referred to a cardiologist to determine whether they’re well enough to play.

The AAP’s updated guidance for children and teens who play sports clarified that they should not show symptoms of Covid-19 for 14 days and obtain clearance from a primary care physician before returning to practice and competitions.

“Parents, children and coaches need to make safety protocols a priority,” said Dr. Susannah Briskin, one of the authors of the guidance, said.