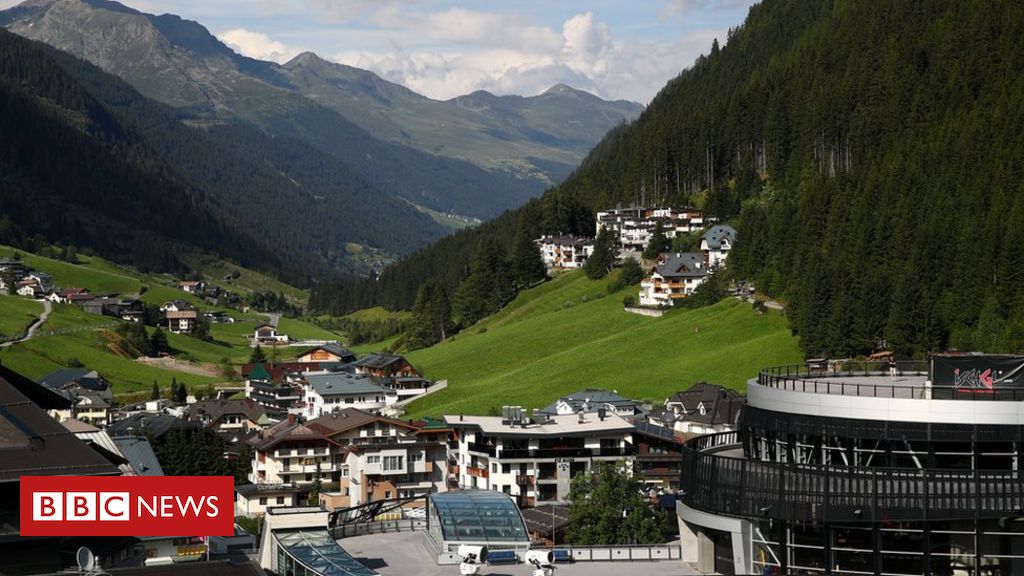 A consumer rights group is taking legal action against the Austrian government over Covid-19 outbreaks at ski resorts in the western Tyrol region this year.

The group has filed four civil suits for now, but said it hoped to bring at least one class action lawsuit next year on behalf of thousands of people.

One resort, Ischgl, was linked to cases in 45 countries after skiers brought home the virus with them.

Authorities have said they acted based on what was known at the time.

The first case at Ischgl ski village was reported on 7 March, but Austria’s public health agency has since said it believes there were cases at the resort as early as 5 February.

The Consumer Protection Association (VSV), a private organisation in Austria, said the four civil cases were being brought on behalf of individuals and were all related to Ischgl ski village.

The VSV described the four civil suits as test cases, and said that more than 6,000 people from different countries had signed up for potential class action suits next year.

Most of those who have signed up are from Germany, but the group includes people from Austria, the UK and the US.

The VSV has also written to Austrian Chancellor Sebastian Kurz urging him to agree to a settlement.

What is the government accused of?

The authorities maintain that they responded appropriately to the outbreaks in Tyrol according to the information that was available at the time.

However, the VSV alleges that the local and national governments knew of the threat of mass coronavirus infection in the popular ski resorts and responded too slowly.

Alexander Klauser, a lawyer representing some of those who caught the virus at Tyrolian resorts, told a press conference on Wednesday that the authorities were aware of infections as early as February.

“But they did not react [to later cases], although there is evidence that the Austrian authorities were informed about cases in Ischgl and other ski resorts as early as 3, 4 and 5 March.”

He added: “A group of tourists from Iceland tested positive, and the Icelandic government reported the cases to the Austrian government as early as 5 March.”

Peter Kolba, the head of VSV, told the same press conference a hasty and delayed quarantine and evacuation on 13 March led to tourists having to take crammed buses, which led to further infections.

He added that at least 32 tourists had died after visiting Austrian ski resorts.

How the Ischgl outbreak spread

5 March: Iceland puts Ischgl on a list of coronavirus risk areas, after a group of skiers picks up the infection there7 March: A waiter at an après-ski bar called Kitzloch tests positive for Covid-19. Kitzloch is ordered to close two days later13 March: The Paznaun valley, including Ischgl and the resort of St Anton am Arlberg, are quarantined, followed a couple of days later by SöldenForeign tourists are still allowed to leave, further spreading the virus

Don't Miss it How Ontario could slow its growth in COVID-19 cases
Up Next Virus update Sept 13: Vic Govt announces $3b package to help businesses survive COVID | ABC News