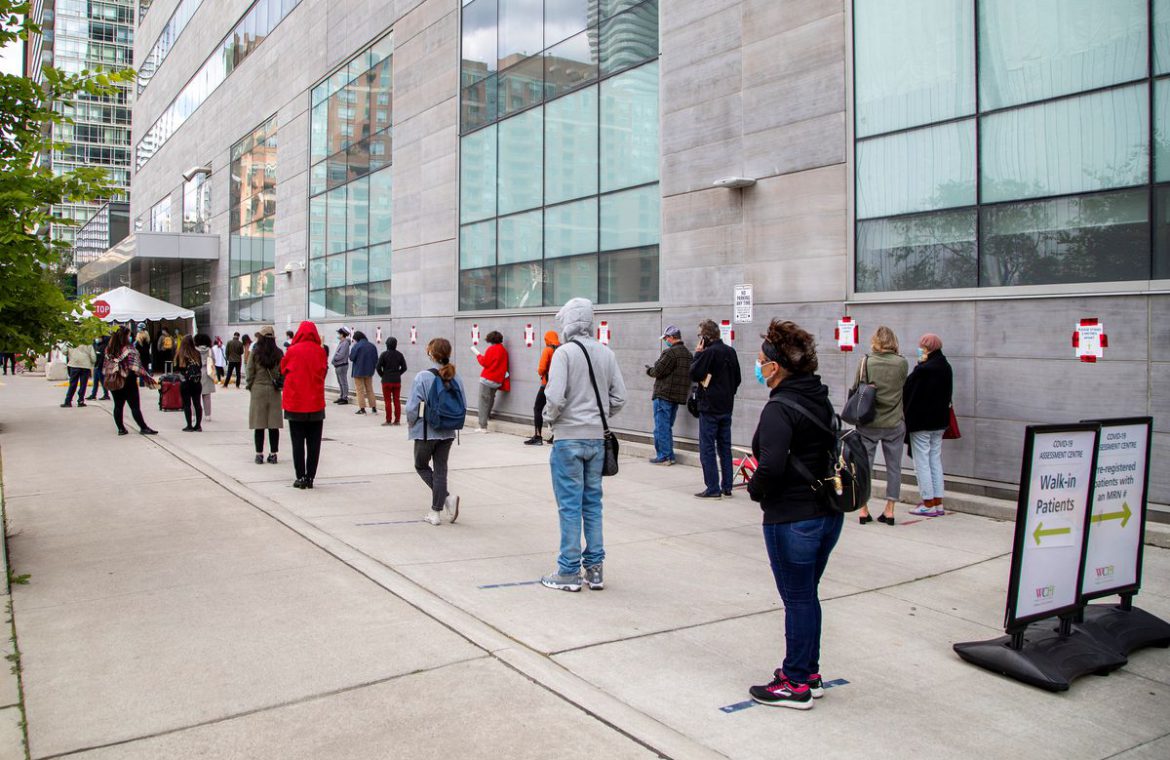 Ontario’s COVID-19 cases are doubling every 10 to 12 days and could hit 1,000 a day in the first half of October, according to new provincial modelling.

With cases now growing in all age groups, the province released projections on Wednesday that show the second wave of COVID-19 could have wide-ranging effects on Ontario’s health care system. The province reported an additional 625 cases of COVID-19, with 150 hospitalizations, including 35 people in intensive care. Most cases are concentrated in Toronto and the surrounding regions of Peel and York, as well as Ottawa.

How many coronavirus cases are there in Canada? The latest maps and charts

Still, the government is not expected to immediately announce new restrictions on businesses or gatherings – with Ontario’s top doctor pointing to recent public health measures that need to take effect before any further action is made.

“We’re seeing now very much concentration in certain dense urban areas, and we may have to do even more,” said David Williams, Ontario’s chief medical officer of health.

“At the same time we’re cognizant of closing down too many businesses without data to support that, as a draconian measure.”

The modelling announcement was made on Wednesday by Dr. Williams, Steini Brown, dean of the Dalla Lana School of Public Health at the University of Toronto, and Matt Anderson, President and CEO of Ontario Health. Premier Doug Ford will hold his daily press conference at 1 p.m. at Queen’s Park.

The province is sounding the alarm about potential growth in hospital intensive care units. If ICU patients stay under 150 a day, health officials say, hospitals can continue to maintain normal health capacity and scheduled operations. However, if patient numbers are between 150 and 350 in ICU, it becomes more difficult and any higher than 350, “it becomes impossible,” the modelling says.

Dr. Williams pointed to recent measures undertaken by the province to contain the spread of COVID-19.

On Sept. 19, the province limited the number of people allowed in private indoor and outdoor gatherings, and last week, Ontario limited alcohol sales and mandated earlier closing of bars, as well as closed strip clubs in the province.

“When these measures are implemented, they impact the rates later on,” said Dr. Brown. “Anything you do now pays off in the future. You shouldn’t expect it to change immediately.”

Dr. Williams said the province is reviewing other businesses – such as fitness centres or banquet halls – where there have been some reports of less-stringent health measures.

The data show that a steep growth in cases among 20- to 39-year-olds that began in early September is now being mirrored to varying degrees across the population, even among those who are over 60 and considered most vulnerable to the disease.

“It is clear that there is this spillover starting to happen,” Dr. Brown said. “We’re seeing growth across all age groups.”

Modelling released earlier this year showed Ontario could see between 3,000 and 15,000 deaths over the next two years from COVID-19. Although public health measures were able to significantly lower that number of projected deaths, Dr. Brown said the province is starting to project a similar surge, “with a significant death count that would follow.” So far, there have been 2,848 deaths from COVID-19 in the province, more than two-thirds in long-term care homes.

The government is facing increasing pressure from health-care groups, such as the Ontario Hospital Association, to return certain COVID-19 hot spots – including the greater Toronto area and Ottawa – to stage 2 of the province’s reopening plan, which would close down indoor dining and fitness facilities.

Quebec announced this week it is imposing strict new measures to curb the spread of COVID-19 in its biggest cities, ordering bars and restaurants in Montreal and Quebec City to close, while banning most guests from private homes there in an effort to “break” the pandemic’s second wave.

Don't Miss it Summer harvest in jeopardy, Government promotes farm work to young Australians | ABC News
Up Next US coronavirus: As Covid-19 rates tick up in much of country, some communities loosen restrictions