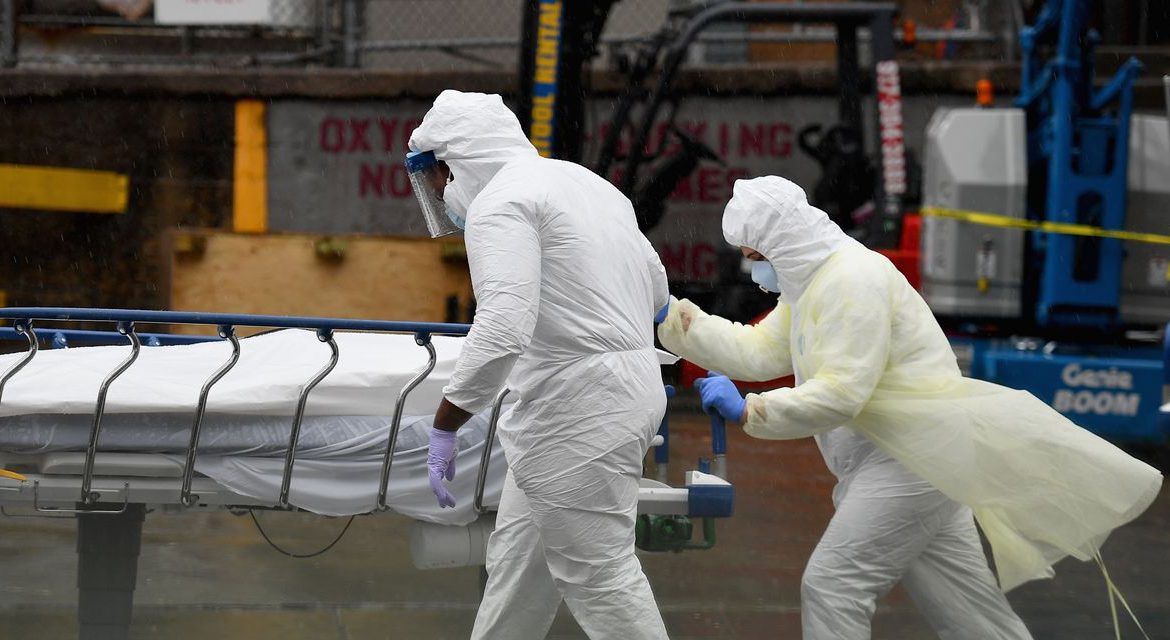 As the global death toll from the Covid-19 pandemic exceeds one million, the U.S. has passed its own milestone: 200,000 deaths caused by the new coronavirus. From the first known fatality in early February to the latest death count nearly eight months later, scientists and public-health authorities have been piecing together evidence about who the disease is killing and why.

Death-certificate data collected by the Centers for Disease Control and Prevention have shown some consistent trends—more deaths among men than women (54% versus 46% of the total), deaths skewing heavily toward the elderly, and minorities dying at disproportionate rates. Research has also shown people with underlying health problems, like obesity and cardiovascular trouble, are at higher risk.

The age data are stark: About 79% of recorded Covid-19 deaths are among people age 65 and over, while people under age 35 account for just 1% of known deaths from the disease. Nearly a third of Covid-19 deaths has hit people who are at least 85 years old, death-certificate data from about 188,000 deaths, the latest available, show.

This elderly population was affected substantially in the springtime, when significant outbreaks hammered northeastern states like New York, New Jersey and Massachusetts and spread through nursing homes. Deaths connected to long-term-care facilities recently topped 81,000 and have consistently made up about 40% of all U.S. Covid-19 deaths, according to a Wall Street Journal tally of state and federal data.

How deadly is Covid-19? How do scientists measure that?

To know how deadly Covid-19 is, scientists first need to know how many people became infected by the new coronavirus. Then they need a clear count of how many of those died of the virus. Both numbers are still difficult to pin down.

Spotty access to testing, and in some areas a lack of testing, have contributed to undercounting of infections, public-health researchers say. And many infected people never experience symptoms, making them less likely to ever seek a test. “We know we have missed so many infections,” said Michael Osterholm, director of the Center for Infectious Disease Research and Policy at the University of Minnesota.

There are two widely referenced ways to estimate the Covid-19 death rate: based only on known cases, commonly called the case-fatality rate, or based on the larger estimate of how many people have likely had infections, called the infection-fatality rate.

Using the latter method, research suggests the virus kills about 0.6% of people it infects, but estimates vary widely and the rate varies significantly by age. This is far less than the death rate from other serious but less-widespread coronavirus infections—SARS and MERS, also known as Middle East respiratory syndrome—but about six times as deadly as the seasonal flu.

Antibody tests have helped this research by uncovering some prior infections, though the tests are known for issues including false positives. “It really just gives you a gestalt of what happened,” said David Brett-Major, an epidemiology professor at the University of Nebraska College of Public Health.

Researchers at Johns Hopkins University, which tracks case and death data in near real-time, estimate the U.S. case-fatality rate is 2.9%, based on recent counts of about 205,000 known deaths and 7,157,000 known cases the university has recorded on its widely referenced Covid-19 dashboard. But those numbers don’t take into account all the cases that haven’t been captured by testing.

Covid-19 is less deadly than SARS and MERS but far more so than the seasonal flu. A mother mourned her 39-year-old son in New Rochelle, N.Y.

Do improvements in treating Covid-19 mean fewer people are dying of it?

The challenge of pinning down the true Covid-19 death rate makes it hard to know for sure. Factors like a rising number of infections among young people, and some treatment improvements, have probably helped bring the death rate down at least slightly, epidemiologists say.

Hospitals say they are getting better at managing Covid-19 patients. In March, as the pandemic took hold in the U.S., about one in three of the sickest hospital patients died within 28 days of admission to the ICU, and treatment varied widely, according to a study across 65 U.S. hospitals recently published in JAMA Internal Medicine. Doctors in March had limited research into Covid-19 treatment to guide their decisions, said David E. Leaf, an assistant professor of medicine at Harvard Medical School, who worked on the study.

Today, doctors and hospitals are able to draw on emerging research into the virus and lessons shared globally from caring for early cases. Many caution that there is still limited good evidence for which treatments work best.

Hospital-based treatment remains focused largely on helping Covid-19 patients buy time for their immune systems to fight off a SARS-CoV-2 infection. But doctors in recent months have gained some pharmaceutical options to help the severely ill. One of the most promising advances has come from studies that show steroid drugs helped reduce death from the virus. Another drug, the antiviral remdesivir, is shown to help speed hospitalized patients’ recovery—but whether it can prevent death is unknown.

Underlying medical conditions like obesity, high blood pressure and diabetes, along with age, can heighten the risk of serious illness for people who contract SARS-CoV-2 infections. “If you are sick with Covid-19, your underlying health matters a lot,” Dr. Brett-Major said.

Still, young people aren’t completely free from risk. The CDC has recorded 419 Covid-19 deaths among people under age 25. And young people who are sick can put the more vulnerable at risk. That is what happened with outbreaks in states like Texas and Florida this summer: Despite efforts to seal off the most vulnerable, cases and deaths rose in nursing homes after the broader communities were hit.

There is growing evidence of serious complications among survivors, even in people who were only mildly ill or in great health beforehand, including lasting heart damage, ongoing fatigue and other long-running symptoms.

Meantime, while death certificates appear to show a heavy toll among people with underlying conditions, they tell an incomplete story when it comes to medical histories. The certificates are typically filled out by physicians who aren’t as well versed as trained death investigators in causes of death and underlying conditions, Dr. Sally Aiken, president of the National Association of Medical Examiners, said.

Death-certificate data show that about 94% of records of confirmed or presumed Covid-19 cases also list other conditions and causes, while 6% list only Covid-19 as the cause of death, according to the CDC. But some of the other listed conditions are ailments caused by Covid-19, like pneumonia and respiratory failure.

The risk of dying from Covid-19 has remained primarily linked to age, even though deaths skewed younger in some hot spots this summer. A party on campus at Massachusetts Institute of Technology.

Outbreaks have hit many college campuses. Is that changing the proportion of who is dying from Covid-19?

The risk of dying from Covid-19 has remained steadfastly linked to age, even as data on deaths skewed slightly younger in some hot spots this summer. “Despite more cases among younger age groups, the burden of mortality is still in the elderly,” said Benjamin Lopman, an infectious-disease epidemiologist at Emory University’s Rollins School of Public Health.

What questions do you have about Covid-19 fatality for different population groups? Are there factors you want to know more about? Join the conversation below.

Although it takes many weeks for federal death-certificate data to catch up, the trend in known Covid-19 cases skewed younger this summer when outbreaks swept through Sunbelt states. Deaths among, for example, people in their mid-20s to mid-50s represented a slightly higher portion of overall deaths during the early summer compared with the spring, but the effects were subtle because death rates for the non-elderly are significantly lower, researchers said.

—Paul Overberg and Joseph Walker contributed to this article.

Write to Jon Kamp at jon.kamp@wsj.com and Melanie Evans at Melanie.Evans@wsj.com

Don't Miss it Why some snowbirds are still heading south this winter despite COVID-19 and a closed land border
Up Next After Covid: Will Brexit be the next shock for Britain's economy? | DW News