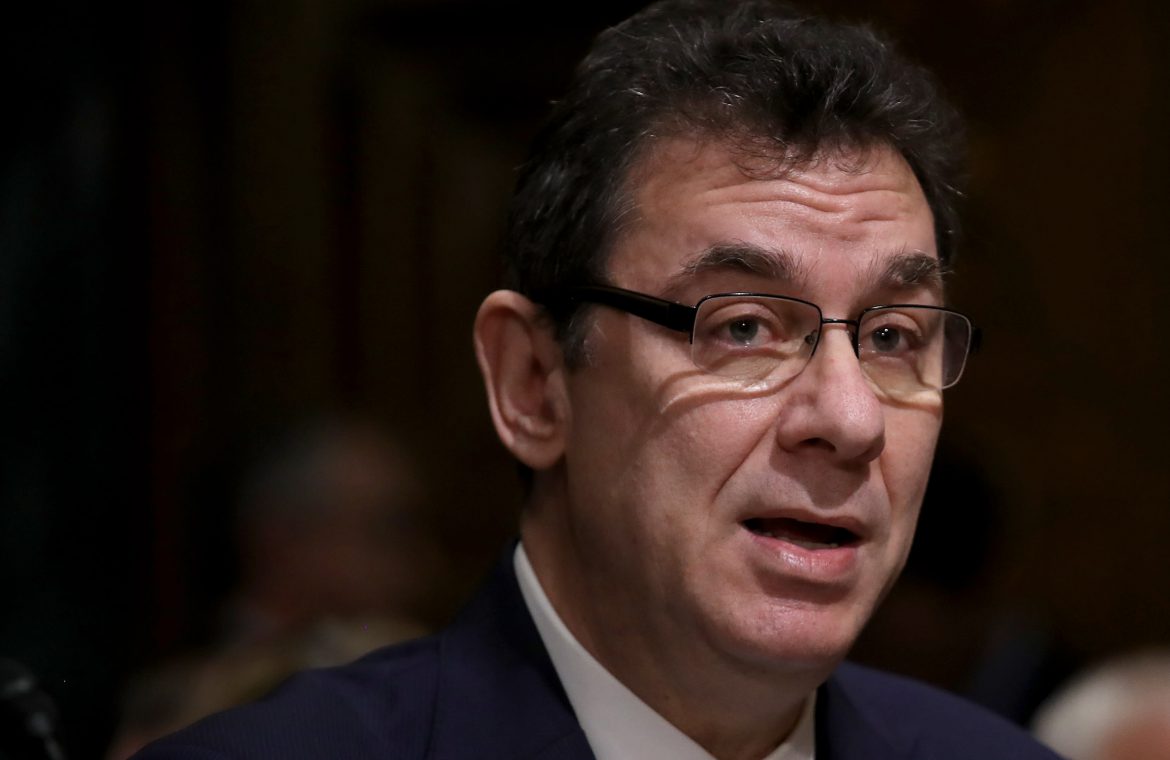 “Once more, I was disappointed that the prevention for a deadly disease was discussed in political terms rather than scientific facts,” he wrote. About a third of Americans have already said that they won’t get a vaccine for Covid-19, once one is approved.

He said Pfizer felt it had an obligation to step up to create a vaccine to protect against the coronavirus, which has now taken more than 1 million lives across the globe. Bourla acknowledged the company’s ambitious goal to produce 100 million doses by the end of the year.

“Now, we are approaching our goal and despite not having any political considerations with our pre-announced date, we find ourselves in the crucible of the U.S. Presidential election,” he wrote. “In this hyper-partisan year, there are some who would like us to move more quickly and others who argue for delay. Neither of those options are acceptable to me.”

He told employees that vaccine development is moving “at the speed of science” and that the company would not succumb to political pressure. Pfizer feels the pressure of the “billions of people, millions of businesses and hundreds of government officials that are depending on us,” he said.

The company didn’t take any investment money from any government, he added. “Our independence is a precious asset,” he said.

Tuesday night I joined the millions of Americans who tuned in to the Presidential debate. Once more, I was disappointed that the prevention for a deadly disease was discussed in political terms rather than scientific facts. People, who are understandably confused, don’t know whom or what to believe. Global health has too much at stake, and the public trust and acceptance of a vaccine is so important to me, that I’m writing to explain the principles we are using at Pfizer today.

Remember from the beginning of the year, it was clear that the suffering and destruction from the COVID-19 pandemic would be extreme. In February, cases began spiraling across the globe. Addressing a pandemic requires many simultaneous fronts of attack, but it became obvious that a safe and effective vaccine could be an essential part of the solution. And, it would take a huge effort by a company with scale to achieve that goal. I knew Pfizer had an obligation to step up and lead.

That is why in March, I declared a bold ambition: that Pfizer would create a vaccine, and we would devote any and all resources necessary to be successful. I further announced, after consulting with our scientists, that we could have vaccine data ready to submit to the FDA by end of the third quarter, in October, and hopefully a hundred million doses delivered by the end of the year. I knew our goal was ambitious, but it would also be critical to protect against the second wave of cases that could accompany the return of colder weather in the Fall.

Since then, and every day for the last seven months, we’ve kept our shoulder to that wheel. Our scientists have leveraged our vaccine research and development expertise, our manufacturing team has innovated to solve production and delivery hurdles, and we’ve recruited more than 35,000 people in clinical trials in multiple countries. Every ounce of our ability has been spent and nearly $2 billion put at risk.

Now, we are approaching our goal and despite not having any political considerations with our pre-announced date, we find ourselves in the crucible of the U.S. Presidential election. In this hyper-partisan year, there are some who would like us to move more quickly and others who argue for delay. Neither of those options are acceptable to me. Against this backdrop, people need to know three things:

First, we are moving at the speed of science. With a virus this ferocious, time is our enemy. This week, we will hit the grim marker of 1 million deaths globally and the number continues to climb. This danger supersedes any other timing considerations.

Second, we would never succumb to political pressure. The only pressure we feel—and it weighs heavy—are the billions of people, millions of businesses and hundreds of government officials that are depending on us. We’ve engaged with many elected leaders around  the globe through this health crisis, but Pfizer took no investment money from any government. Our independence is a precious asset.

Third, our priority is the development of a safe and effective vaccine to end this pandemic. I have a duty to Pfizer’s 171-year history to honor our legacy of discovering and manufacturing high-quality medicines. We will never cut a corner. Pfizer’s purpose is simple: “Breakthroughs that Change Patients’ Lives.” It’s our North Star.

Finally, I enjoy a robust policy debate, but I’m not a politician. I’m a scientist, business leader, husband and father, friend and neighbor who cares deeply about the integrity of this potential vaccine. The amplified political rhetoric around vaccine development, timing and political credit is undercutting public confidence. I can’t predict exactly when, or even if our vaccine will be approved by the FDA for distribution to the public. But I do know that the world will be safer if we stop talking about the vaccines’ delivery in political terms and focus instead on a rigorous independent scientific evaluation and a robust independent approval process.

Let’s continue to work together to build trust in the science. That is what we are doing at Pfizer.  Imagine the compounded tragedy if we have a safe and effective vaccine that many people didn’t trust.

That is a risk none of us should accept.